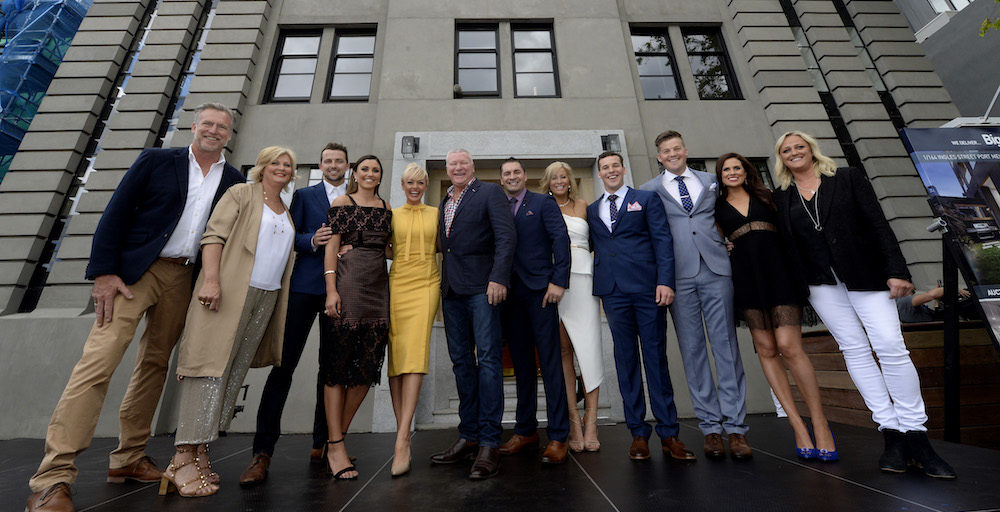 Nine was not the only big victor last night with over 2m watching Karlie and Will win the 12th series of Julian Cress and David Barbour‘s engaging renovation format. Nine also delivered another big payday to the contestants with the winners taking home $815,000 and the smallest of the five pots of gold worth $425,000.

Nine also did good for the TV sector, like TEN before them with MasterChef and Seven with My Kitchen Rules, showing FTA is still home to big audiences.

Nine’s Sunday share was 30.5%, its best since the NRL Grand Final delivered a share of 40.5%. Apart from the NRL GF and Nine’s trio of State of Origin games, it was Nine’s biggest night of the year and the biggest for anybody since My Kitchen Rules wrapped in April contributing to a 33.4% share for Seven. Shares of 30% or more for a primary channel are that rare. Seven had the only other three this year – all of them on successive Sundays in February.

Away from Nine, broadcasters scrambled for audiences with Seven reporting its lowest Sunday share of the year apart from NRL Sunday.

Seven News was a metro network winner at 6pm.

Sunday Night got the early slot for a change. But it was almost a poisoned chalice going up against The Block. The episode, which featured the courageous battle of John Kennerley, had 770,000 watching, the show’s best since early September.

The X Factor followed with the top five doing their best to convince viewers to vote for them. With less than two weeks of survey left, Seven will be flying the flag with the last major reality franchise on air in the final survey week. With The Block finished, The X Factor will have the opportunity to improve on the 559,000 watching last night.

The Block certainly delivered on all fronts last night, which has become one of the marquee nights every year in the TV calendar.

The show did big business between 7pm and close to 9pm with Scott Cam again the master of ceremonies with many of the usual faces cropping up in the auction room, including a curious Dave Hughes standing at the back of the room during the first couple of auctions. (Listen to Hughesy and Katetoday for more on that.)

The prize money was yet again another world record for 2016, although it narrowly failed to eclipse the world record the show set last year.

Second place went to Melbourne’s Julia and Sasha. In a theatrical auction, their apartment sold for just $10,000 less than their downstairs neighbours’ at $2,590,000. The duo with their Hollywood regency-inspired home netted $660,000 over their reserve price of $1,930,000.

Newcastle husband and wife team Kim and Chris had the longest auction with the auctioneer really working over the crowd. He managed to lift the bidding to $2,305,000 – $425,00 profit.

Andy and Ben were last and netted a profit of $510,000 when an underbidder from a previous auction bought their apartment for $2,250,000.

Previous winners of The Block

A repeat of an All-Star Family Feud between Real Housewives of Melbourne and I’m A Celebrity…Get Me Out Of Here did 293,000.

A repeat of Grand Designs was down only a little from last week with 660,000 watching.

The much-anticipated episode eight of Poldark followed with Captain Poldark in perhaps his most precarious position yet after Ross had what appeared to be non-consensual sex with Elizabeth before returning home to his wife. The episode did 466,000 down from 493,000 a week ago.

The launch of The Hollow Crown proved to be a big ask for viewers. At close to three hours long, the first of four episodes averaged 88,000 viewers.