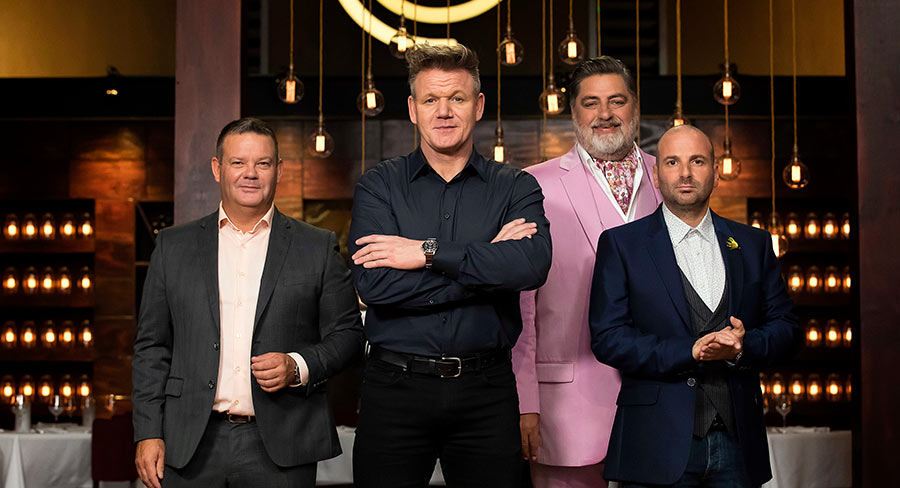 • Ramsay rocks The Voice: MasterChef way ahead in key demos
• Nine wins Sunday with News, The Voice and 60 Minutes combo
• Love Island launch on Go! and later on Nine gets 400,000 House Rules contestants were rushing to finish their rooms in Maryborough, Queensland, which created some nasty friction amongst the players before they heard from the judges. David and Chiara shocked the judges and finished on top of the leaderboard with 23 points. The audience of 795,000 was close to the Sunday crowd of 798,000 a week ago.

Jacqui Lambie was a star attraction on Sunday Night with host Melissa Doyle back from her royal wedding triumph as the show did 444,000. The second episode of the live finals of The Voice started with Aydan Calafiore and again it was Boy George offering the most realistic review of what the audience had just heard. Maybe that wasn’t true of his comments throughout the whole night though! The episode did 896,000 after 875,000 in this timeslot a week ago.

Tara Brown led 60 Minutes with a special episode looking at the police investigation into the murder of schoolgirl Tiahleigh Palmer. The episode did 721,000. Although the episode of 60 Minutes that screened a week ago initially reported an overnight metro audience of 777,000, it was later corrected to 428,000 because of The Voice running over time.

Love Island started on Go! last night with Sophie Monk on hosting duties in Mallorca, Spain. The series also got a late night repeat on Nine. The numbers: 155,000 on Go! and then 246,000 on Nine.

The Sunday edition of The Project featured TEN’s Gold Logie nominees Amanda Keller and Grant Denyer live from the Gold Coast with 479,000 watching, which was enough for a top 10 finish.

MasterChef started Gordon Ramsay week with a mystery box challenge that delivered some intriguing dishes and a barrage of beeped F-bombs. Sashi Cheliah performed best and secured a place in the next immunity challenge. There was then another round to identify two who would join him and also to identify three who would be on Monday’s pressure test to face elimination. The Sunday audience of 903,000 was the second-best audience this season. The episode was a clear leader in all demos for the night.

Attenborough And The Evil Empire Of The Ants did 541,000 with Sir David in the Swiss Jura Mountains.

The final of the three-part UK drama Agatha Christie’s Ordeal By Innocence was on 469,000.

The 7.30 doco slot was filled by Britain’s Pompeii and the repeat episode After Stonehenge on 225,000.

The 8.30pm doco on the king followed with 192,000 watching Elvis Presley: The Searcher.