Foxtel and BBC First’s critically acclaimed series Top of the Lake to return in 2017. Game of Thrones actor Gwendoline Christie to join Elisabeth Moss on season 2.

BBC First and Foxtel have announced they are co-producing a second series of the award-winning Top of the Lake with BBC Two, See-Saw Films and SundanceTV. Elisabeth Moss (Truth, Mad Men) is reprising her Golden Globe winning role in the second season of the Emmy and Golden Globe nominated miniseries and will be joined by Gwendoline Christie (Game of Thrones, Star Wars: The Force Awakens). 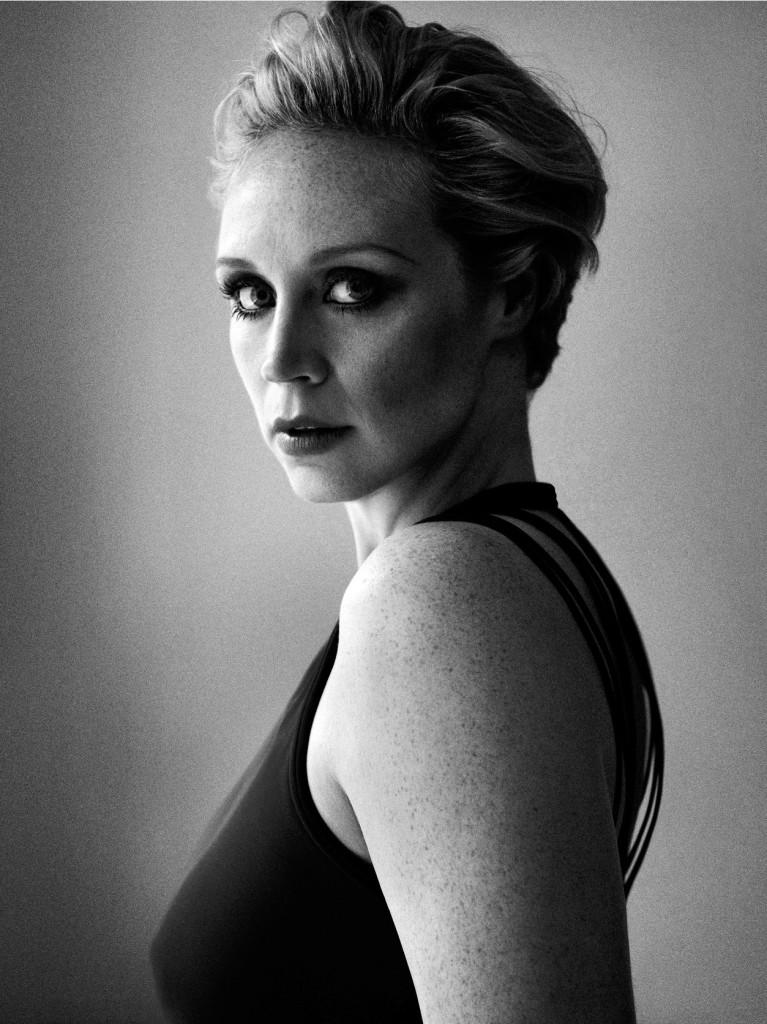 Filming has begun this week in Sydney with cameras rolling at various locations around the city announced See-Saw Films’ COO, Television Hakan Kousetta and head of television, Jamie Laurenson.

“I’m so excited to be back in Australia working with Jane on exploring this wonderful character. I can’t wait for audiences to see where we take Robin’s journey!” said Elisabeth Moss.

Gwendoline Christie, who will have a major role in the miniseries, added, “I am so delighted to be working on Top of the Lake Season Two. Jane Campion has been a major creative influence throughout my life and I could not feel more privileged to be working on the next installment of her unique and enthralling drama, alongside the brilliant Elisabeth Moss.”

The critically acclaimed miniseries will once again be directed by Oscar winner Jane Campion (Bright Star, The Piano), along with new co-director Ariel Kleiman (Partisan).  Campion and Gerard Lee also return as co-writers of the second season. Top of the Lake is being produced by Philippa Campbell (Rain, Top of the Lake season one) and Libby Sharpe (Jewboy). Executive producers are Campion with See-Saw’s Emile Sherman, Iain Canning (The King’s Speech, Shame) and Jamie Laurenson, alongside Lucy Richer for the BBC.

The six part season is produced by See-Saw Films for BBC Two in co-production with BBC First and Foxtel in Australia, BBC UKTV in New Zealand and SundanceTV in the U.S. and in association with Hulu in the U.S, ARTE in France and BBC Worldwide.

Top of the Lake Season Two: China Girl is a crime mystery story that begins four years on from the explosive ending of Season One.  When the unidentified body of an Asian girl washes up on to Sydney’s Bondi Beach, the case seems hopeless, until detective Robin Griffin discovers that China Girl didn’t die alone.

“Jane and Gerard are great modern storytelling-adventurers. The daring way they crack open vivid layers of humanity in Season Two has attracted both new and seasoned collaborators to join this extraordinary team on and off screen. It’s an honour to be producing this unique and ground-breaking show that brings to life the mysteries at the heart of a new wilderness,” said producers Philippa Campbell and Libby Sharpe.

Tim Christlieb, director of channels, BBC Worldwide Australia and New Zealand, said:  “BBC First is delighted to be bringing Australian audiences Top of the Lake: China Girl as Elisabeth Moss reprises her role as Robin Griffin in this complex and enthralling story. Gwendoline Christie is an exciting addition to the line-up and the calibre of the cast is testament to the outstanding success of Top of the Lake and the talents of Jane and Gerard and the team at See-Saw Films who delivered one of the stand-out moments of television in 2013 with the first series. Top of the Lake Season Two: China Girl epitomises everything that we are passionate about in TV drama here at BBC First – rich and surprising shows featuring the very best talent on both sides of the camera.”

Foxtel executive director of television Brian Walsh said:  “Top of the Lake was a breakthrough drama series for Foxtel and has been widely recognised both internationally and locally for its craftsmanship and storytelling. It is an important franchise for Foxtel and we are delighted to collaborate with our colleagues at See-Saw Films, Jane Campion and the BBC to bring the landmark second series to our subscribers. Top of the Lake Season Two: China Girl reflects our commitment to premium Australian drama production and joins our rich slate of locally produced series made for Foxtel subscribers.”

“Jane’s vision and passion for this story is compelling, daring and honest. We believe Season Two will continue to thrill and enthral audiences worldwide. The fact that we have been able to bring back broadcast partners from different corners of the world is a testament to the quality of the show and Jane’s extraordinary talent. We are delighted that our previous partners on Series One did not hesitate to board the second series to help bring to the world this stand-out drama.” said Jamie Laurenson and  Hakan Kousetta from See-Saw Films.

Lucy Richer, BBC executive producer said, “Jane Campion is one of the world’s finest directors and we are incredibly proud to bring her unique voice and vision to BBC Two for the stand-alone second series of Top of the Lake. The astounding cast she has brought together will star in a dark and beguiling story that takes Detective Robin Griffin deep into the underworld of Sydney, and to the limits of her own heart.

Top of the Lake Season Two: China Girl will premiere in Australia on BBC First on Foxtel in 2017.

Awards for Top of the Lake

The first season of Top of the Lake won the 2014 Emmy for Outstanding Cinematography for a Miniseries or Movie, as well as the 2014 Golden Globe for Best Performance by an Actress in a MiniSeries or a Motion Picture Made for Television for Moss. Top of the Lake also received recognition at the 2014 BAFTAs, Screen Actors Guild Awards, Critics Choice Television Awards, PGA Awards, among many others.

In addition to her Golden Globe for Top of the Lake, Elisabeth Moss was nominated six times for an Emmy Award for her role as Peggy Olson in the critically acclaimed and award-winning television series Mad Men. Her feature film credits include Truth starring Cate Blanchett and Robert Redford, Alex Ross Perry’s films Queen of Earth and Listen Up Phillip and The One I Love with Mark Duplass.  She will next be seen in Ben Wheatley’s High Rise starring Tom Hiddleston, and has completed work on The Free World with Boyd Holbrook, The Seagull with Annette Bening, The Bleeder with Liev Schreiber and Mad To Be Normal with David Tennant.

Gwendoline Christie was most recently seen in Star Wars: The Force Awakens and will reprise her role as Captain Phasma in Star Wars: Episode VIII currently in production.  Other credits include The Hunger Games: Mockingjay Part 1 and 2.  She will next appear on the small screen in the new series of Game of Thrones and on the big screen in Fox Searchlight Pictures’ Absolutely Fabulous.

Jane Campion won the Oscar for Best Screenplay for The Piano starring Holly Hunter.  Her other credits include Bright Star starring Abbie Cornish and Ben Whishaw, In The Cut starring Meg Ryan and Mark Ruffalo, Holy Smoke starring Kate Winslet and Harvey Keitel and The Portrait of a Lady starring Nicole Kidman and John Malkovich.

The television division formally started in 2012 and kicked off with the multi-award winning first season of Top of the Lake – the same year Jamie Laurenson joined from BBC Films. Hakan Kousetta joined in 2014 as COO and is currently producing the first production under their joint stewardship, the mini-series Love, Nina, for BBC One. Written by 2016 Academy Award nominee Nick Hornby the comedy-drama stars Helena Bonham Carter and is based on the best-selling novel by Nina Stibbe. It was selected for the Berlinale Special Series programme at this year’s Berlin Film Festival.