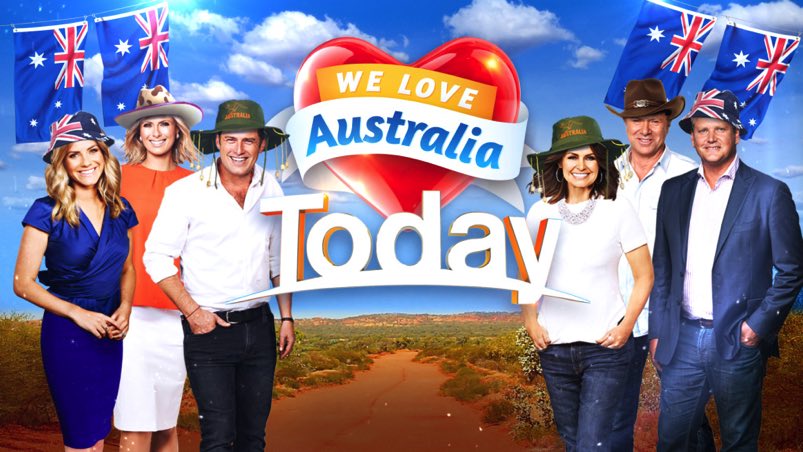 Sunrise is hitting the road again. Next week the Seven breakfast show will embark on a five-day mystery tour of the United States of America, a near-impossible feat never attempted by a television program – and Sunrise’s biggest ever broadcasting and logistical challenge.

Sunrise will broadcast from a new destination in the USA every day next week as chosen by viewers at home. It’s up to them to decide where they want to go, and Sam, Kochie, Nat, Beretts, Eddy, Sam Mac and the Sunrise crew will have less than 24 hours to get there. 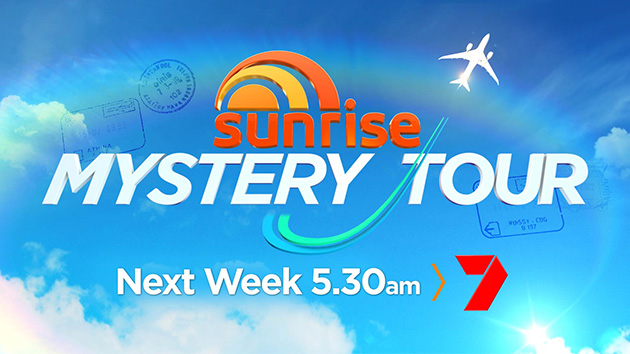 This will be another television world-first attempt for Sunrise. No other live television program has ever attempted a broadcast of this magnitude.

“This is the experience of a lifetime – and all the power is in the viewers’ hands,” said Sunrise executive producer Michael Pell. “They tell us where they want to go, and we take them there. Our viewers have always shaped the show, so we can’t wait to see what they come up with this time for Sunrise’s greatest challenge yet.”

Each day will be a new adventure decided by Sunrise viewers and Seven’s cameras will capture every minute behind-the-scenes.

Sunrise co-host Samantha Armytage said: “This is a massive trip to take on, I’m a bit nervous but very excited. I can’t wait to see where the viewers send us!”

Co-host David Koch added: “I love an adventurous school trip; it’s a chance for us to hang out for a week. Even more, I love that it’s all up to the viewers.”

Meanwhile, as Sunrise travels across the US, Nine’s Today show is heading around Australia on the same week.

The Today team of Lisa, Karl, Richard, Tim and Natalia will begin in the New South Wales Southern Highlands town of Bowral. There the team will chat with Aussie rock legend Jimmy Barnes, taste-test what are claimed to be the best pies in Australia, and Karl and Tim will go up against the  brawniest highlanders in the country in a very unusual strongman competition.

Then the team will head for the Gold Coast for a festival of sport and entertainment to celebrate the one-year countdown to the 2018 Commonwealth Games.

Today will be joined by Aussie sporting greats Sally Pearson and Libby Trickett, Rugby Sevens star Charlotte Caslick, The Volleyroos, and Borobi the Blue Koala, the official mascot for the Games.

On Wednesday it’s off to Tasmania’s west coast and the town of Strahan – gateway to the state’s World Heritage-listed national parks, where the rainforest meets the sea.

Next stop is the seaside town of Inverloch in Victoria’s Gippsland region.

Today will end the week with a massive party in the African savannah at Australia Zoo on the Sunshine Coast. They’ll be joined by all manner of wildlife as well as one of the country’s favourite families – Terri, Bindi and Robert Irwin.

Lisa Wilkinson said: “So excited to be finally heading off on our first We Love Australia week for 2017. Although I’m definitely counting the days until we reach spectacular places like the Southern Highlands and the pristine beauty of Tasmania, I’m secretly longing for the big camping bash down at Inverloch in Victoria.”

Karl Stefanovic said: “Definitely ready to dust off the old double pluggas and hit the road, if not a tad nervous about the number of animals we have on the show. Sounds like there’s a lot. What could possibly go wrong?”