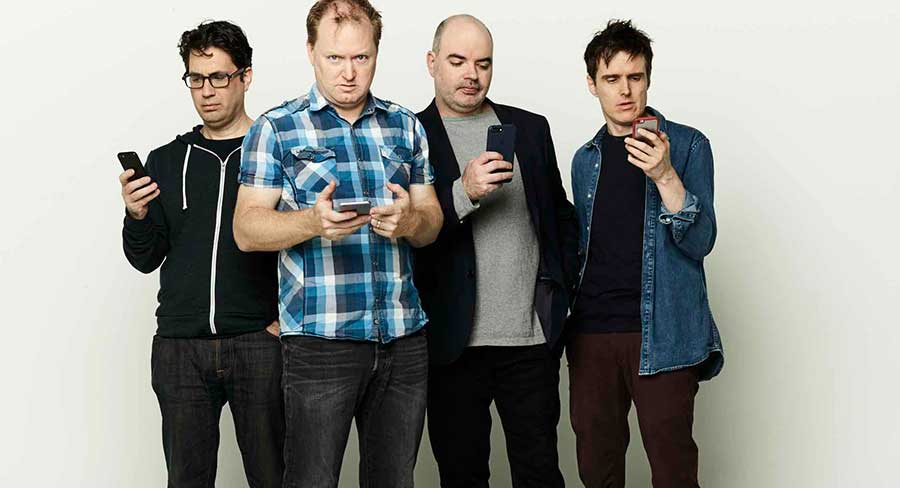 “Exactly like an André Rieu album, except it’s intended to be funny”

The Chaser has released its first comedy album, just one decade after albums became not a thing.

The album, called The Non-Essential Collection, is a tribute to all the non-essential workers who’ve done so little for society in the past couple of months. It features 100 audio sketches from the team plus a bonus original song by Andrew Hansen called The Pandemic Panic.

The album is available to buy on the Apple iTunes store, and can be streamed on all major platforms including Spotify, Apple Music and Deezer, whatever that is.

The team are releasing a special personally signed double CD of the album, which is available from Monday on ChaserShop.com. “This is great for anyone who wants to use technology from the mid-1980s to listen to our sketches.”

“This is undoubtedly the greatest album of sketches from a radio show that ran from 2017-9 released this year,” said Dom Knight. “I am so happy that we’ve finally released our very own album, 21 years after The Chaser started and a decade after the album format died forever.

“It’s exactly like an André Rieu album, except it’s intended to be funny.”

“We had a lot of interest from the big record labels,” said Andrew Hansen. “But that fizzled out when they realised Harry Styles isn’t part of our group.”

The Chaser’s acerbic sketches will sit seamlessly beside Katy Perry and Miley Cyrus in any Spotify party playlist.

The Non-Essential Collection is akin to The Beatles‘ masterpiece Abbey Road, in that all the tracks had to be recorded separately because the group’s members can’t stand each other.

To listen to the album, visit Spotify