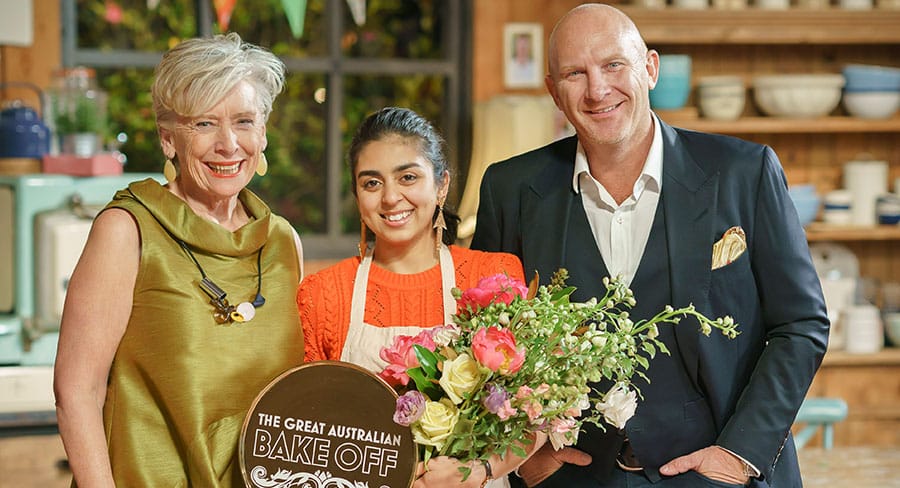 “She has such instinct, she has flavour, she has finesse, she has creativity, and she has science”

Sydney’s Subha (Sunny) Nasir Ahmad has been crowned Australia’s best amateur baker after winning The Great Australian Bake Off after being chosen by judges Maggie Beer and Matt Moran.

The 26 year old self-taught baker and PhD science student from Blacktown pulled out all stops in the final Showstopper challenge of a three-tiered, geometric cake.

“I’m going to celebrate with my family. It was so nice to have them here; this win is for them as well,” she added, acknowledging her single mother and younger siblings with whom she moved to Australia in 2011 from Pakistan.

For judges Beer and Moran, choosing this year’s winner from such top-notch bakers proved a difficult task with Moran explaining that “this year has been such a close competition.”

Beer said: “I’m so proud that we have crowned Sunny. She has such instinct, she has flavour, she has finesse, she has creativity, and she has science – she really is an amazing baker.”

This was the shows fourth season and hosted by comedians Claire Hooper and Mel Buttle and aired on Foxtel’s Lifestyle channel.