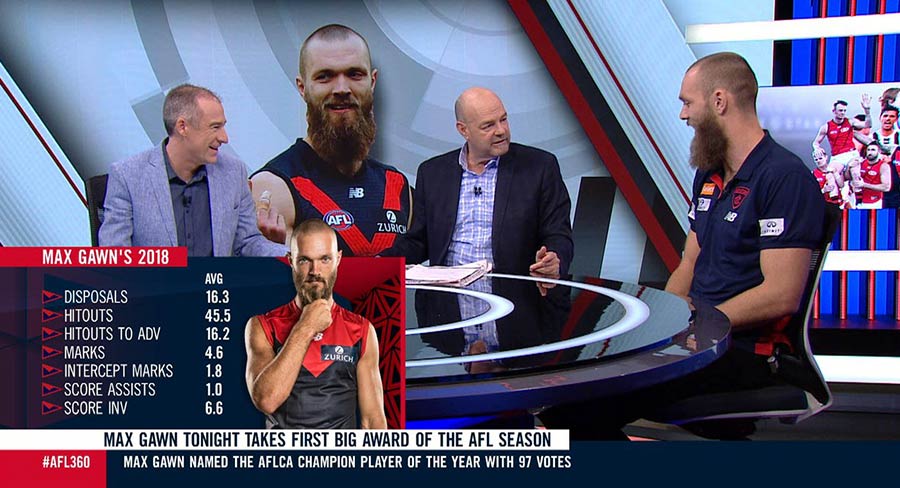 • Why you should subscribe to Fox Footy in September

Despite a weekend free of AFL football, finals fever has arrived early at Fox Footy with a busy schedule of awards, documentaries, entertainment shows and special game-day coverage beginning this week and going all the way through reviews after the 2018 AFL Grand Final.

The channel will deliver subscribers round-the-clock coverage and all Qualifying, Elimination, Semi and Preliminary Finals live.

The award-winning AFL 360 will continue every night through the two weeks prior to the first AFL finals.

Awards season begins on Fox Footy tonight, with AFL 360 revealing the team and bringing viewers all the action direct from the All-Australian Awards at Melbourne’s Palais Theatre. Fox Footy will then give fans intimate access to one of the most prestigious events on the AFL calendar.

On Thursday night, Gerard Whateley and Mark Robinson will again broadcast AFL 360 from the AFL Players’ Association Most Valuable Player Award in Melbourne. In another TV exclusive, Fox Footy will announce winners live, with access to all players. The channel will then celebrate the next generation of stars with a special broadcast of NAB AFL Rising Star on Friday night, followed by showing the stars of yesterday go head-to-head in the EJ Whitten Legends Game match live from Adelaide Oval.

On Saturday September 1 the Tigers Army has the chance to rejoice all over again when the 2017 Grand Final is replayed, beginning with the Grand Final Parade and ending with the final kick of the day.

Next Tuesday, Bombers fans will be spoilt with 90 minutes of pure Essendon. Open Mike guest Mark Neeld will lead into a one-hour documentary, 28 Games – Rise of the Baby Bombers, taking a look back at the 1993 AFL Grand Final win.