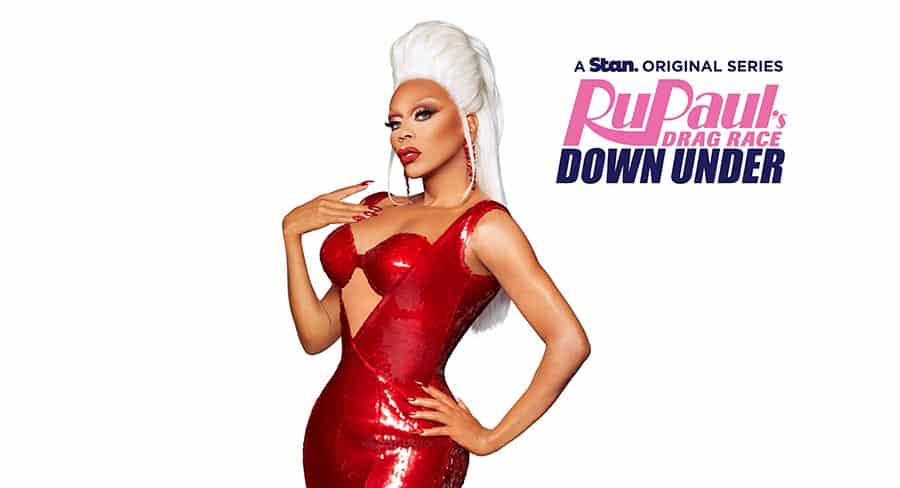 Stan today announced that the Stan Original Series RuPaul’s Drag Race Down Under will be airing Saturday, May 1st.

This 8-part series will be the first time there has been a local version of the franchise here in Australia. RuPaul himself will be hosting, with Michelle Visage and Australian comedian Rhys Nicholson by his side on the main judging panel. Celebrity guest appearances will be announced soon.

The 10 Aussie and Kiwi queens competing to be Australia’s first ever Drag Race Superstar were revealed live at the 2021 Sydney Gay and Lesbian Mardi Gras.

When the series was first announced, Nick Forward, Stan chief content officer, said “You asked for it Australia, and now we’re bringing it to you – finally, our very own Aussie Drag Race, the new Stan Original Series RuPaul’s Drag Race Down Under! The series is already a huge hit with our audience, so to now be working with RuPaul and the entire team at World of Wonder to create a local version is beyond a thrill. We can’t wait to reveal all the guest judges and see what our local queens bring to the global sensation that is RuPaul’s Drag Race.”

Host RuPaul, said: “I cannot wait for everyone to see that Down Under queens have some of the biggest charisma, uniqueness, nerve and talents in the world. Thank you to Stan and TVNZ for providing a platform for these outrageous drag artists to share their heart, soul and humour.”