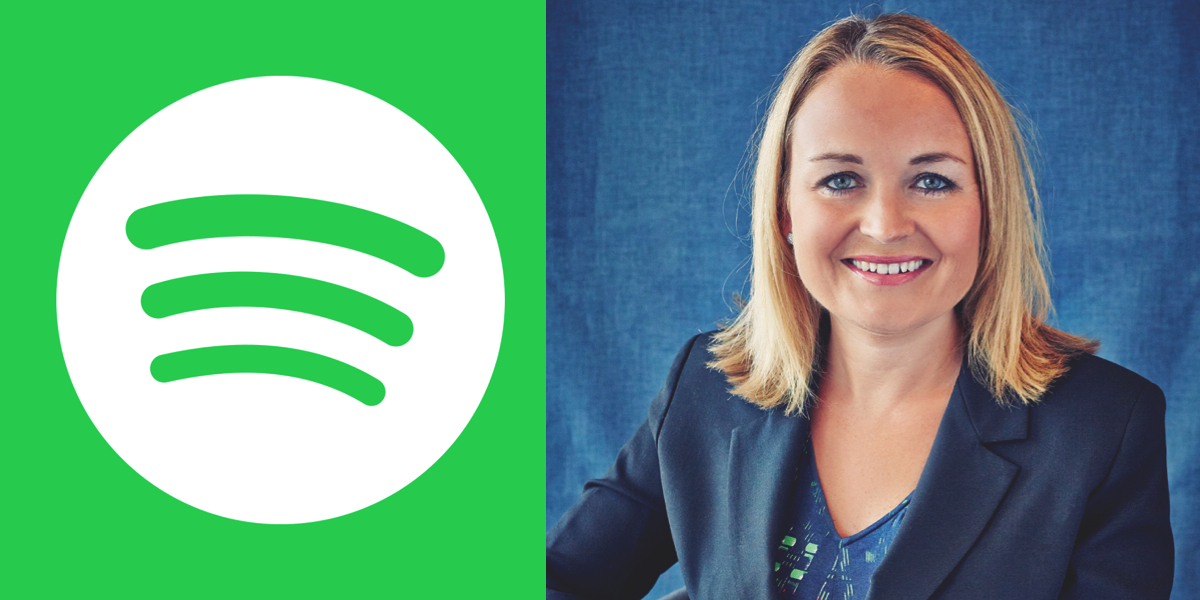 Australia is the most crowded streaming market in the world. We have more than double the global average number of players in market. We have around 27 streaming services, and we believe that is absolutely not sustainable,” Spotify Australia and New Zealand MD Kate Vale told Mediaweek recently.

Not that she’s worried about the likelihood of Spotify’s ongoing success. “Usually what happens is that three or four of those survive, and given where we are in market we anticipate being one of those.

“Let’s face it – Spotify has been around for eight years now, so we’re way ahead of the most recent competition. We have a brief that’s very different to [newly launched Apple radio service] Beats 1 – rather than a limited three month trial, Spotify is free for as long as you want it to be,” she noted.

Vale wouldn’t disclose the company’s revenue split between advertising and subscriptions, and while the company also keeps quiet on the number of Australian subscribers, she described the figure as “very healthy”. Spotify’s claim to be the largest and fastest-growing streaming service worldwide is true in Australia, she added. “We don’t disclose our numbers locally, but there are a number of third parties who report data in Australia, like comScore and Nielsen. According to all of them, we’re the fastest-growing and largest in market.”

“Our conversion rate from free
to premium is also pretty high
compared to the rest of the world.“

As to Australia’s position in the global music streaming marketplace, Vale said that we punch well above our weight. “Australia is the 6th largest music market in the world. For our population of a mere 24 million people, the amount of music we’re spending on per capita really stands up on the world stage. That’s pretty significant.

“Our conversion rate from free to premium is also pretty high compared to the rest of the world. We do want people to upgrade to a premium subscription. It’s a superior service. Once you’re paying for it, you can switch your playlist offline, there’s no advertising and you can search for and play pretty much any song that you’d like. The global average is about 25%, and in Australia we’re in the low 30s. Australians are prepared to pay for music,” she said.

As to what music she loves, Vale listed a mix of older and more contemporary music. “I like a lot of old school stuff. I really love The Cure and Talking Heads. More recently, I’m into Foals. I have a few playlists – Kate’s Pearlers and Kate’s Chill Out Tunes – that I would encourage anyone to follow me on.”

When we asked what music Australians were listening to at the moment, she pointed us to Australia Top 50, a playlist updated to reflect the most-played songs in the country. At the time of writing, The Weeknd’s “Can’t Feel My Face”, Major Lazer’s “Lean On” and Avicii’s “Waiting For Love” held the top three spots, with ARIA chart-toppers Wiz Khalifa and Charlie Puth, Selena Gomez and A$AP Rocky and Conrad Sewell not far behind.

Spotify’s developers have been busy recently, with three significant developments projects rolled out since April this year. The most recent, Discover Weekly, launched in July as a playlist that updates each Monday morning with music that the Spotify algorithm thinks a user will like. Branded as “like having your best friend make you a personalised mixtape every week”, the playlist incorporates music that similar listeners like as well as considering the listener’s personal taste. “We’ve been testing it out as staff for about four weeks, and I’ve been excited every Monday to see what’s on my list. On my recent trip in the USA, most of the songs that I was listening to were from Discover Weekly. It’s definitely throwing up some good recommendations,” she said.

Earlier this year, Spotify also developed playlist targeting for brands. It allows brands to tap into the company’s first-party data to reach an audience based on a common activity or mood. For the first time, brands can target unique audience streams, from frequent flyers to desk-bound workers.
Keen joggers are also catered to, with the recent addition of Spotify Running. “When you download it, you can go running – we’ve developed new music specifically with that in mind. It detects the tempo that you’re running to keep your pace up during your run. It definitely makes sure you’re keeping up,” Vale laughed.

Spotify is also developing its Asian presence, having launched in Hong Kong, Singapore, Malaysia, The Philippines and Taiwan. Vale said that although plans for further expansion were in place, “We have no dates on when that will be.”

When Mediaweek spoke to Vale, she was fresh off a plane back from the music streaming giant’s New York offices. Although the company was founded in Sweden in 2008 and retains a Stockholm HQ, Vale said she also spends a fair bit of time in the American offices. “Most of the commercial side of the business is in New York, and we have a very big development team over there. I spent a week with the commercial guys and the revenue guys. It was really good,” she enthused.

[blockquote style=”3″]CV: Kate Vale
“I’ve spent almost 20 years in digital, I moved from Melbourne to Sydney in about 1998 and that was when I got my first digital role. Most notably, my last role was at Google where I spent nine years. I essentially ran Google in Australia from its launch here in 2002, went on maternity leave and then returned to run YouTube from its Australian inception as well. Google was very small when I started. We had 500 employees worldwide – now, there are 40,000 people working there.”[/blockquote]