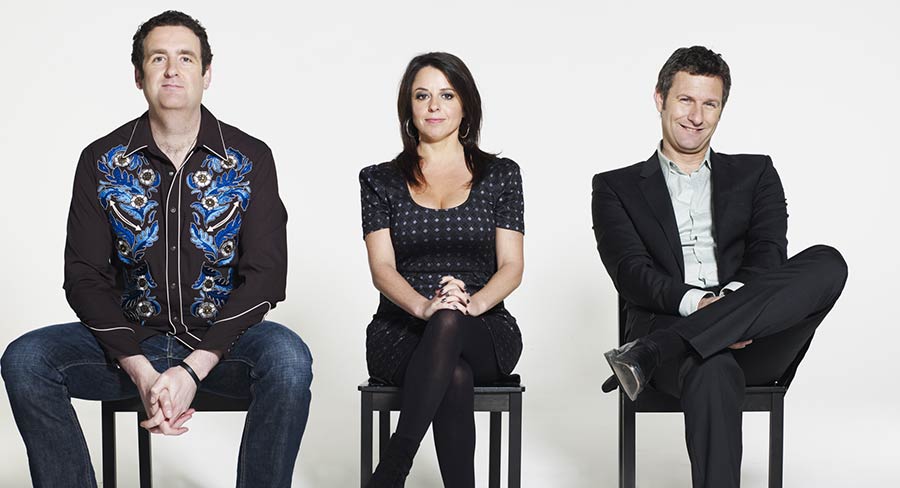 • The first will be in November as part of Ausmusic Month

ABC has announced that music quiz show Spicks & Specks will be returning for four new specials after last featuring on Australian TV with a reunion special last year.

The first will be in November as part of Ausmusic Month, followed by three next year, with the long-running team of Adam Hills and captains Myf Warhurt and Alan Brough all confirmed to be returning. The three specials in 2020 will focus on the music of the 90s, 2000s and 2010s.

Adam Hills said: “From the moment Alan, Myf and I were together in a room for last year’s Spicks & Specks reunion special, we had each other in fits of laughter.

“Any time I can spend with those two fools is time well spent, and if it takes four more specials to make that happen – so be it!

“The response to last year’s show was overwhelming, both in the studio when we filmed it, and at home when it went to air. Spicks & Specks has a special place in our hearts, and I’m genuinely excited to make a few more specials for the ABC.”