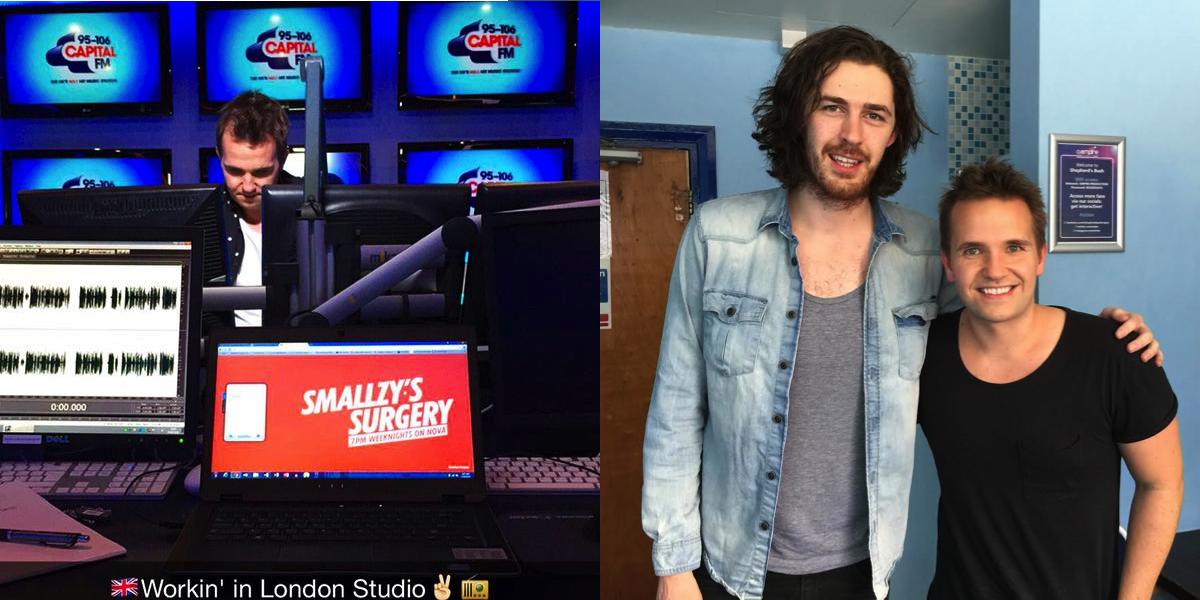 The Nova Network’s Smallzy winds up his week of shows from first Vienna and then London tonight.

Chatting to the award-winning evening host in his temporary London studio at Capital FM, Clarkson revealed when in London she catches the tube and often gets stopped by fans.

Smallzy also went backstage at Hozier’s sold out concert at the O2 Shepherd’s Bush Empire to chat about the success of “Take Me To Church” and new single “Someone New”. As the pop giant towered above the broadcaster, Hozier talked about his recent visit down under, promised he still had the gift Nova gave him (although he couldn’t remember exactly where it was) and talked about his second Australia visit later this year.

Photos: Pop giant Hozier with Smallzy and the broadcaster checking the panel at Capital Radio