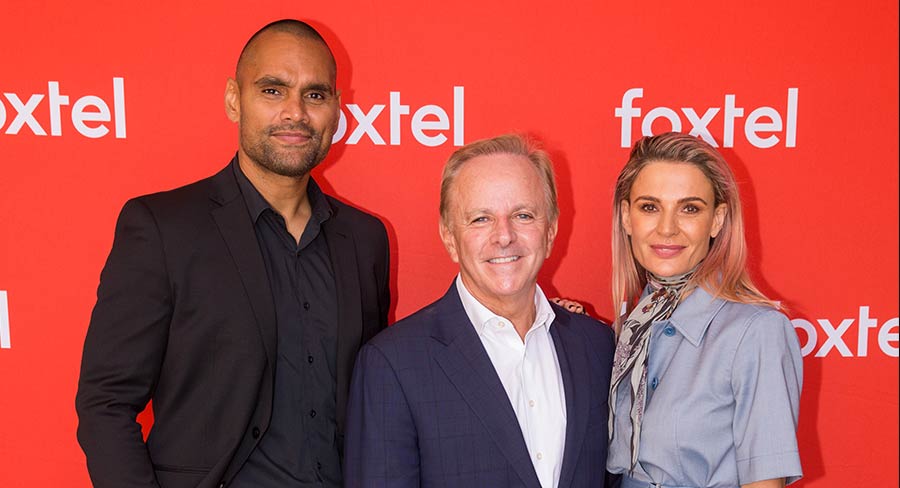 All six episodes will be released to stream on Foxtel from Monday March 4.

Foxtel this week held a launch event for the second season of its Secret City. The new instalment is called Secret City: Under The Eagle.

Held at The Mint in Sydney’s CBD, the event was hosted by Foxtel’s executive director of TV Brian Walsh. He spoke with a number of the cast onstage in addition to speaking with executive producer Penny Chapman.

Among the guests was the new managing director of Matchbox Pictures Alastair McKinnon.

All six episodes will be released to stream on Foxtel from Monday March 4 at 8.30pm and also available to screen each week on Fox Showcase. Leading the cast are Anna Torv (Fringe, Mindhunter) who reprises her Logie Award winning role as Harriet Dunkley and once again joins two-time Academy Award nominee Jacki Weaver (Animal Kingdom, Silver Linings Playbook) as they lead an ensemble cast, for the series filmed in Parliament House and locations across Canberra and Sydney. Secret City: Under the Eagle is a Matchbox Pictures production for Foxtel, supported by Create NSW and Screen Canberra. NBCUniversal International Distribution will distribute the series worldwide.