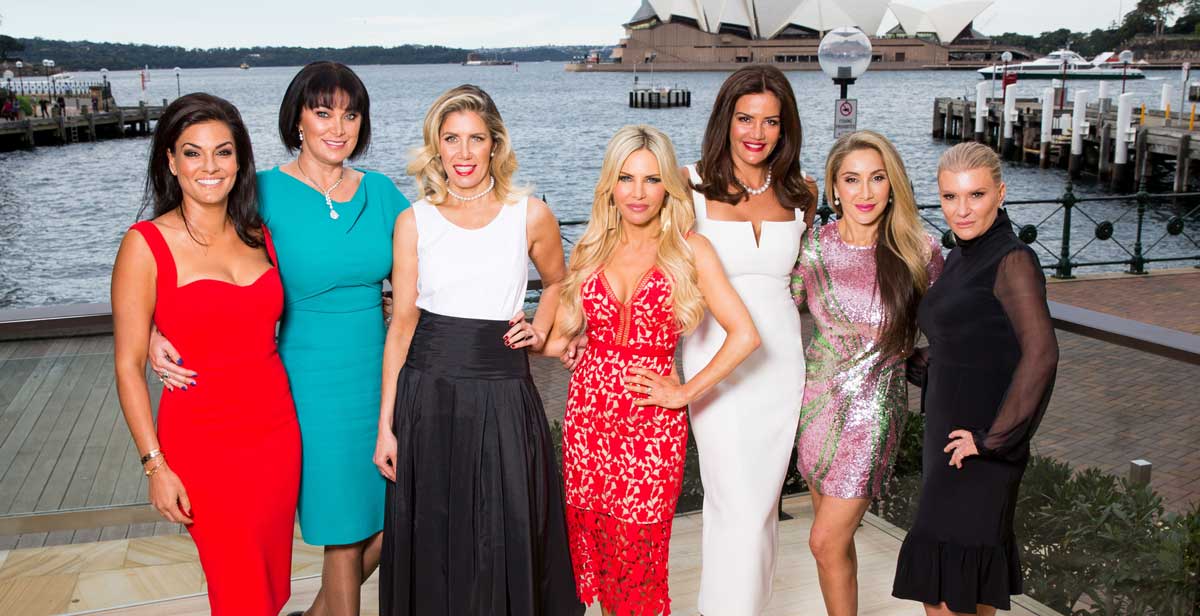 Foxtel has unveiled the cast for The Real Housewives of Sydney. Filming for the show commences in September with the show set to air in 2017 on Arena.

Foxtel has unveiled the seven Sydney Housewives that will form the cast of the highly anticipated, glamorous reality series The Real Housewives of Sydney.

The series will begin filming in September and premiere on Foxtel’s Arena in 2017.

The Real Housewives of Sydney will feature seven charismatic and engaging new Housewives who enjoy the extravagant, stylish and cosmopolitan lifestyle of Sydney. Between them they run successful companies, travel the world in luxury, attend the most exclusive parties and are the matriarch of their million dollar mansions. All women are fascinating in their own right and when put together create a diverse mix of magic and mayhem.

AthenaX Levendi
Spiritual, eccentric and attractive, Athena is a painter, sculptor and jewellery designer. Australian born, she grew up in Athens only to return to Australia at the age of 20. She is married to an Australian Greek jewellery designer, who owns and runs Levendi Jewellers. Together they have three children and live in their beautiful Bellevue Hill home.

Krissy Marsh
The quintessential Australian girl, Krissy is opinionated, warm, loyal, generous and not afraid to tell it like it is. Originally from Brisbane, she moved to Sydney for her modelling career at age 18 and never looked back. She has a love for Shanghai after living there with her family for two years. Her husband is still based there for business and she now lives in Double Bay with her three children. Krissy is a real estate agent and previously ran her own successful company which she sold.

Lisa Oldfield
Married to well known former politician David Oldfield, Lisa is no stranger to controversy and being in the spotlight. Opinionated, provocative and passionate, she is a media commentator, seasoned world traveller, astute business woman and savvy tech guru. She is also a mother of two young boys and lives on the Northern Beaches with her family.

Matty Samaei
Known as the Beauty Expert of Sydney, Matty is the owner of The Medispa by Matty located in Double Bay. She is fun, eclectic and fair and has experienced both the highs and lows of life since moving to Australia at age 12 with her Persian family. She currently lives in Bellevue Hill with her partner and her two young daughters. Her favourite activities include shopping, travel and socialising.

Melissa Tkautz
Actress, model, singer; Melissa is a triple threat. With a career spanning over three decades she has appeared on many TV shows, over 80 magazine covers and is an ARIA award winner. She is also a mother of two young children that she raises in her Frenchs Forest home with her husband. She is an activist for many charities and when she isn’t busy juggling life as a mother, wife and career woman, she loves a catch up with her friends over champagne.

Nicole O’Neil
The ultimate beauty queen, Nicole is beautiful, smart, well travelled and a Miss Australia winner. Born in Dubai to a Swedish mother and Lebanese father, she was raised and educated in Sydney which is where she met her husband who was a childhood friend. She now owns a flourishing event planning and production company Prêt-a-Party, with a presence in both Sydney and London. Nicole’s two daughters have had an international upbringing, being raised in both Dubai and London and she loves that they can now experience the privileged lifestyle Sydney has to offer.

Victoria Rees
Funny, outspoken and carefree, Victoria is single for the first time in her life and loving the time it gives her to socialise with her friends, who are like family. She is mum to her twelve year old son and is always cooking and entertaining in her Bondi home. Victoria was previously an interior decorator and now has a beauty product called Wrinkles Schminkles.

The Real Housewives of Sydney will screen in 2017 on Foxtel’s Arena.