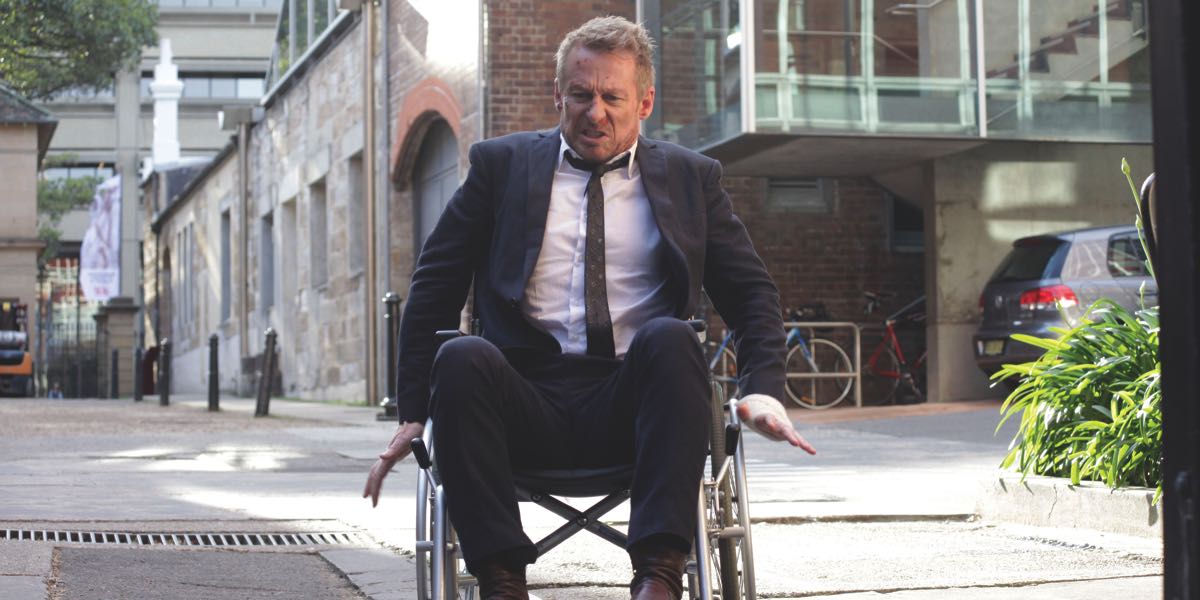 It’s little surprise that Rake was such a success on Australian TV – its lead character Cleaver Greene is typical of the roguish heroes of Australian fiction, with a silver tongue that facilitates his scoundrel behaviour. The series begins its fourth season this week on ABC Television, returning after a two-year break.

During the downtime between seasons, Rake was remade for the US market with Hollywood actor Greg Kinnear in the lead role. US audiences, however, didn’t take to Rake in the same way. The character seen on US television lacked the vitality of Cleaver Greene and the series never made it past the first season.

Essential Media partner Ian Collie, who served as a producer on both the Australian and US versions, has developed some perspective on the failed remake: “I think why ours didn’t work is probably two reasons. Part of the appeal of Rake, particularly Cleaver Greene, was his edginess – his naughtiness, his boundary pushing, his lack of filter. A lot of that did get watered down for a US network, which perhaps it wouldn’t have if it had gone to cable TV. Network TV tends to be more mainstream. They want their protagonist to be more likeable. Cleaver was never likeable. He was lovable, but not likeable. There’s a distinction.” 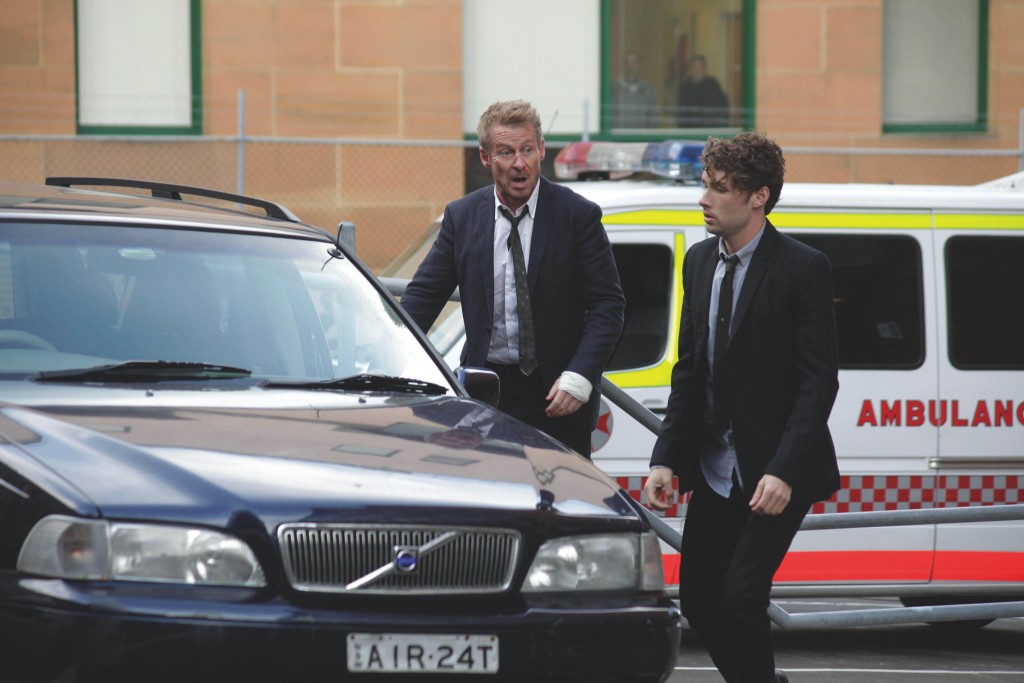 The decision to take the show to Fox in the US was made after several US networks expressed interest in the format. Cable networks like HBO and AMC were interested but dismissed the show as feeling too much like a network show with its courtroom focus.

Meanwhile, Fox had success with the show House and was interested in having another ornery series lead. Where House was a success for the network, Rake could never quite fit that mould.

“People made the comparison between House and Rake because they’re both mavericks in the system, anti-establishment-type figures. Except Dr House, even if he was a grump, was still saving lives, while Cleaver, or Keegan as he was known there, was often helping criminals get off. That probably sends a confused message because he’s not the heroic lawyer. That might have been easier to sell to a cable audience who are known for anti-heroes a lot more, like Breaking Bad,” Collie explained.

Ultimately, as Collie rationalised, the odds of a show being a success on US TV are heavily weighted against success. “Getting a show to be a success generally in the US is pretty hard, especially on network TV. Not a lot of shows get repeat series, in contrast to cable shows over there,” Collie said.

But does that mean it is easier to have a successful show on Australian TV? Most producers would shout down the suggestion, but in Collie’s experience, the pressure on an Australian series isn’t as intense.

“To be honest with you, shows just have to work. The first season’s ratings weren’t brilliant, but they were good and reviews were very good. I think ABC felt this is the sort of thing we should be doing, because it’s a bit out there for the networks. They continued to support it and the audience has just grown incrementally season by season. 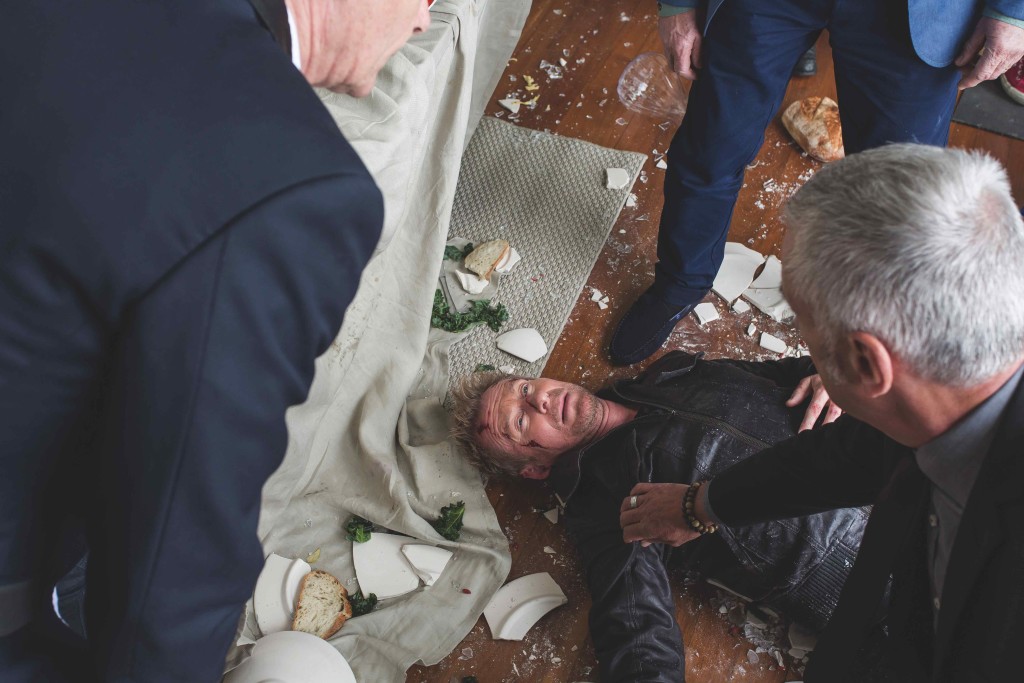 The subject matter in the first season of the show was certainly far more extreme than we are used to seeing on Australian TV. Episode one opened with guest star Hugo Weaving as a level-headed cannibal, while a later episode featured guest star Sam Neill portraying a man facing public humiliation over a bestiality incident, falsely accused in order to protect his wife’s honour.

Seasons two and three toned down the extremity for a practical reason: “To be honest, we just ran out of taboo cases. We thought after a while it was perhaps getting a little bit gimmicky, just trying to find an outrageous or taboo trial,” Collie revealed.

Instead, the series looked less to sensational trials and instead focused on the relationship troubles of its lead, Cleaver Greene, as portrayed by Richard Roxburgh. The fourth season continues this focus, with the series picking up moments after the season three finale which saw Greene accidentally tied by a rope to a hot air balloon floating over Sydney.

In addition to Rake, recent productions include the high profile Jack Irish and The Principal plus the upcoming Doctor Doctor.

Drama is currently going through a renaissance, which Collie says is great for the industry, but concedes that industry pressures to keep talent is increasingly difficult.

“There’s so much work in the UK that their top writers are booked out for the next 2-3 years and they’re discovering this Aussie talent. It’s great globally, but we do need to start nurturing and giving more opportunities for younger writers. Otherwise we’ll have a gulf,” Collie said.

In addition to the increase in local drama productions, the emergence of digital channels is proving to be an avenue to get smaller productions mounted. Recently Essential Media launched Shelfie, a short-form digital series for ABC iview featuring local Sydney chef Dan Hong cooking meals for viewers from just the ingredients featured in their pantries.

While Collie is supportive of the opportunities that digital platforms provide, he acknowledged that opportunities for his specialty, drama, are limited. Narrative drama, Collie believes, requires half an hour for the audience to be engaged in the series story engine.

“Comedy, which we’ve seen with The Katering Show, really works well for digital platforms. There’s inevitably going to be more of it,” Collie suggested.

“Those iview things are good because it’s a great way of road-testing a show, particularly for comedy or something like Shelfie where, if it gains a bit of traction, you’ve suddenly got an audience. When it goes to air on broadcast, there’s already an audience that’s seen it and talking about it. In a sense it starts to generate its own buzz,” he said.

SVOD services, however, are starting to commission long-form drama online, which opens the door for Collie. Talks with local providers have already commenced.

“We’ve got something in development with Stan. Netflix, the rumour is, will start to look at the right original production [in Australia]. Presto talked about it. I had a meeting with them, but nothing has really evolved. But certainly Stan is one where we’ve got a project in development, which is great. It’s very early days.”

The homegrown Rake returns to ABC Television on Thursday 19 May 2016.