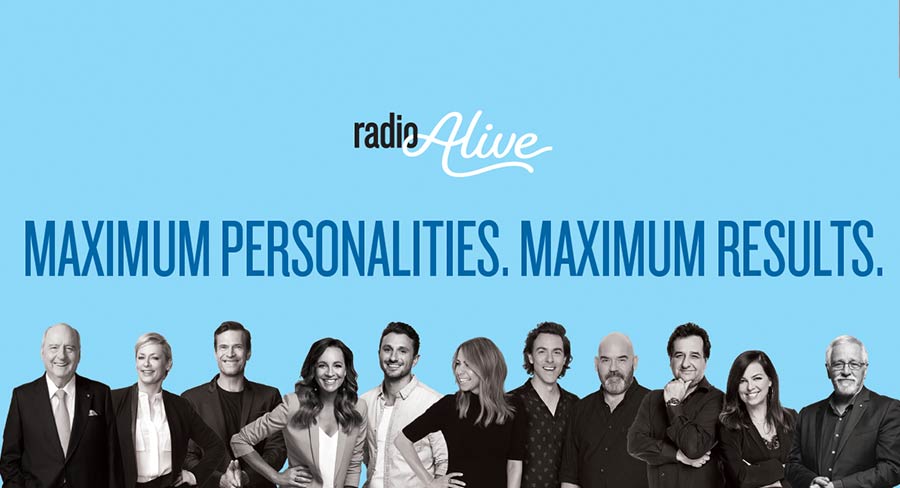 Listen to the new ads at the Radio Alive website www.radioalive.com.au.

The commercial radio industry this week launched a new audio logo for its Radio Alive campaign as it urged brands to develop a clear audio strategy to better connect with customers in the new media environment.

Joan Warner, the chief executive officer of Commercial Radio Australia, said the importance of audio was highlighted by growing audiences for radio and the increasing popularity of podcasts and voice activated speakers.

“Having an audio brand strategy is as important as having a visual one because consumers are spending a significant proportion of their media time listening, and this is only set to increase as voice technology continues to develop and audio content becomes available across more channels and devices,” she said.

CRA has reported cumulative audiences are at record highs and metro ad revenue is up 5.8% in the first half of the calendar year.

The ads have been on air nationally this week across 260 radio stations and will be supported by trade marketing.

“The brief was to create a distinctive audio logo that would reflect radio’s contemporary image in just a couple of seconds and be highly memorable.

“The big benefit of an audio logo versus a visual logo is that it stays with you after you’ve experienced it and plays an important role in positively differentiating a product or service. It can create preference, build trust and even increase sales.”

The new ads focus on radio being “the medium Aussies trust most” and continue the theme of using case studies to demonstrate the effectiveness of radio advertising.

The ad “Flaky Results” tells the story of a bakery that can’t express the tastiness of their sausage rolls using a visual ad but finds success with radio able to bring to life the sounds of real people reacting to the taste. The ad “Trusty Tunes” focuses on trust in radio presenters, while “Crazy for Cars” focuses on radio’s ability to create conversations and get people talking.

Listen to the new ads at the Radio Alive website www.radioalive.com.au.