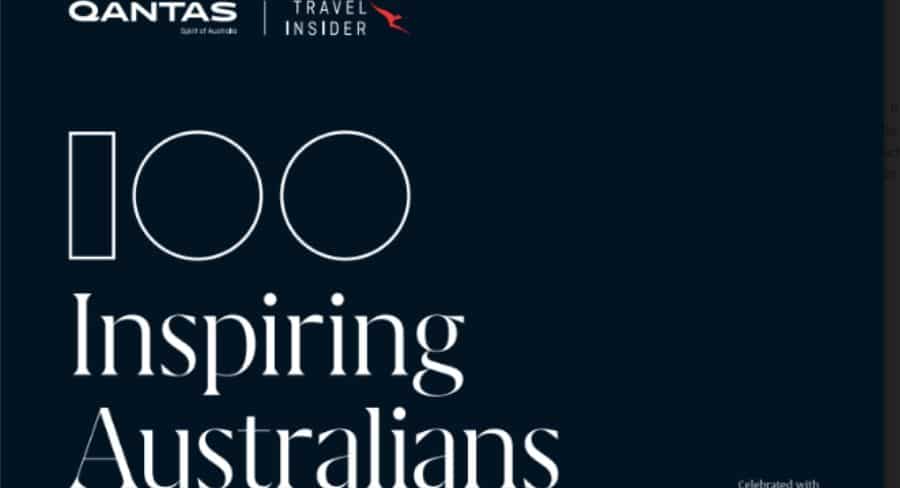 The campaign will run in the lead-up to the airline’s 100th birthday in November, recognising 100 extraordinary people who embody the spirit of Australia in 2020. Key talents include tennis champion Ashleigh Barty, NASA scientist Abigail Allwood, wildlife conservationists Robert and Bindi Irwin, and restaurateur Rinaldo Di Stasio. 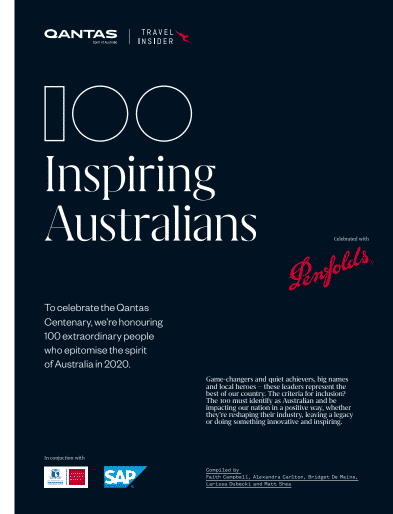 This campaign kicks off in Qantas magazine’s March 2020 issue, which features the first 11 people. The list of 100 includes unsung heroes, national treasures, future leaders and game-changers across a variety of fields – from environmentalists to designers and teachers to entertainers. Those recognised in the March issue are:

“In 1920, Hudson Fysh, Paul McGinness and Fergus McMaster realised their dream of creating an airline. I wish they could see Qantas now,” says Kirsten Galliott, Head of Content, Travel and Luxury, at Medium Rare Content Agency, publisher of Qantas magazine and Travel Insider. “As we approach Qantas’ centenary, it’s fitting that we celebrate their pioneering spirit by featuring 100 of Australia’s most inspiring people. Some are well known; many are not. But all of them are changing the way we think and creating a legacy, just as Hudson, Paul and Fergus did.”

Angus Lilley, Chief Marketing Officer, Treasury Wine Estates, said: We’re proud to be the official partner of Qantas magazine’s 100 Inspiring Australians campaign. This is a significant milestone for one of Australia’s most iconic brands and we look forward to collaborating on key initiatives during the year.”

The campaign will culminate in a special event honouring the 100 Inspiring Australians at Qantas headquarters later in the year.