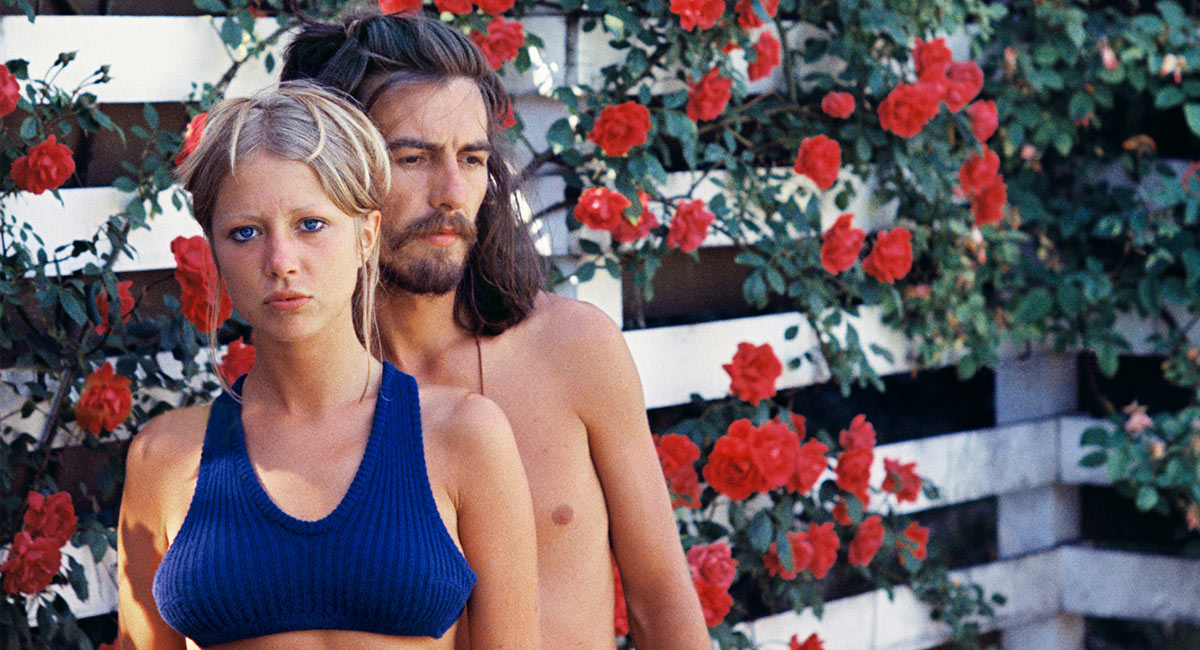 • George Harrison, Eric Clapton and Me – An Evening with Pattie Boyd

Pattie Boyd was the wide-eyed, model face of 60s London who inspired ex-husbands George Harrison and Eric Clapton to write some of the greatest love songs of the 20th century. Boyd has arrived in Australia for shows where she brings her story and a gallery exhibition of her work.

Most famously, Harrison wrote “Something” and “I Need You”. Gripped by the desire to wrest Boyd from the arms of an increasingly errant Beatle, blues-god Clapton wrote “Layla” and, once they were married, “Wonderful Tonight”.

Pattie Boyd and George Harrison on their wedding day

Next week Boyd shares her compelling and entertaining life story to audiences in Sydney and Melbourne (and then Auckland too) during an intimate three hours of George Harrison, Eric Clapton and Me – An Evening with Pattie Boyd for promoter Liberty Stage.

It’s an era that’s been referred to as the “rock-ocracy” of the 60s. Those who moved in that circle included members of The Beatles, The Rolling Stones, Fleetwood Mac, Led Zeppelin, Cream, Jimi Hendrix and Pink Floyd.

Though a fashion-world icon in her own right, after she met Harrison on the set of A Hard Day’s Night Boyd was carried along by the hysteric adulation of the Beatles era and became one of the world’s most talked about musical muses. She features in Clapton’s recent documentary Life in 12 Bars.

Boyd said: “I think there was definitely a more energetic and vibrant attitude between musicians. I think some of this shows in my photographs – it seems as if the 60s and 70s were a free society with not as many restrictions as [we have] now. Of course, I knew I was living an unusual and exotic life with all these divine people coming in and out of our lives.”

As well as the Evening with Pattie Boyd, Sydneysiders will be able to visit her second exhibition in 10 years at the Blender Gallery as part of the city’s annual Head On Photo Festival. It will feature selections from her remarkable archive in an exclusive exhibition. Boyd’s modelling career and marriages put her in the enviable position of being able to take intimate photographs of some of the world’s greatest musicians. Accordingly, her photography documented events – public and personal – around the lives of Harrison, Clapton and their friends. They included Paul and Linda McCartney, John Lennon, Ringo Starr, members of the Rolling Stones, The Who, Cream and more – performing, recording and partying.

The exhibition opening on May 5 until June 2 will show many vintage prints and intimate Polaroids never seen before.

George Harrison, Eric Clapton and Me – An Evening with Pattie Boyd