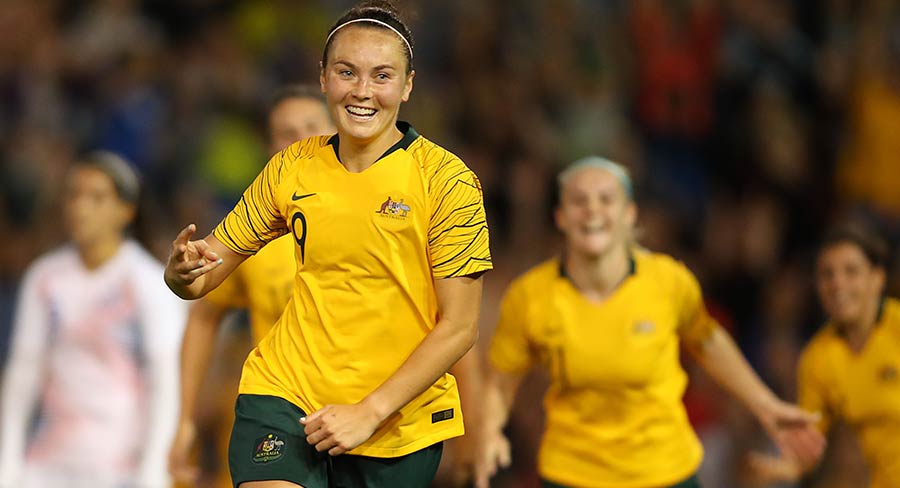 Confident its technical challenges from the 2018 FIFA World Cup are behind it, Optus is ready to tackle another major FIFA event.

The telco released these details this week:

With 100 days to go until the first ball is kicked at the 2019 FIFA Women’s World Cup in France, Optus Sport has announced its broadcasting plans for the tournament.

Optus Sport will be the only place to watch all 52 matches live; with 40 of these matches exclusive. The live coverage will be complemented each day by a live preview and review show plus every match available on demand.

Optus Sport will have three crews in France during the tournament, one which will be dedicated to covering the Matildas, in addition to a main hosting studio.

“Optus is committed to taking the investment in women’s sport to a new level for Australian broadcasters when the 2019 FIFA Women’s World Cup gets underway in June,” Optus’ Head of TV and Content, Corin Dimopoulos said.

“There will be more than 100 live programs on Optus Sport, plus we anticipate adding over 1000 pieces of content, including the popular mini matches, news updates, feature stories and behind the scene moments from France.

“We are committed to showcasing not only a high-quality production but delivering the best Women’s World Cup broadcast experience for all of our customers.”

Customers with an Optus Sport subscription will be able to access:

• All 52 games of the FIFA Women’s World Cup live and on demand
• 40 matches exclusively
• Preview show and review show produced and delivered live by Optus Sport
• Mini matches from every match
• All games available on the big screen or on-the-go
• Optus Sport’s broadcast team will be announced in the lead up to the tournament.

The 2019 FIFA Women’s World Cup commences on June 7, when France take on Korea Republic in Paris, and concludes on July 7.

The Matildas, under new Head Coach Ante Milicic, have drawn Group C alongside Italy, Brazil and debutant Jamaica and will play their first match on June 9 against Italy.

England v Scotland – Monday June 10 at 2am AEST. These countries have a steeped sporting history. This will be Scotland’s first ever FIFA Women’s World Cup appearance, and they face a tough ask against the world’s fourth ranked side. Expect plenty of passion and noise as border neighbours renew hostilities.

New Zealand v Netherlands – Tuesday June 11 at 11pm AEST. New Zealand qualified France 2019 without conceding a goal, however their first match against European Champions the Netherlands will be a big step up in class. The Football Ferns are coached by Tom Sermanni, the former Matildas coach who is embarking on his fourth FIFA Women’s World Cup.

European powerhouses collide in a match that could prove decisive in Group B. Germany are two-time FIFA Women’s World Cup Champions, and many expect them to go all the way this year, however Spain will prove a stern test, having qualified for France 2019 without dropping a single point.

The final match of Group D is a re-match of the 2015 FIFA Women’s World Cup Semi-Final, which Japan won thanks to a stoppage time winner. Fast forward four years and Japan are Asian Champions, while the weight of expectation is on an England side coached by Manchester United great Phil Neville.

Featuring two teams ranked in the world’s top 10, this match should decide top spot in Group E. Netherlands are the European Champions, while Canada boast Christine Sinclair, the second most prolific scorer in women’s international football with 178 goals.

These teams have played a record five times at the FIFA Women’s World Cup, ensuring a healthy rivalry between two genuine title contenders. USA are the reigning champions and the most successful nation at the event, having won the title three times.