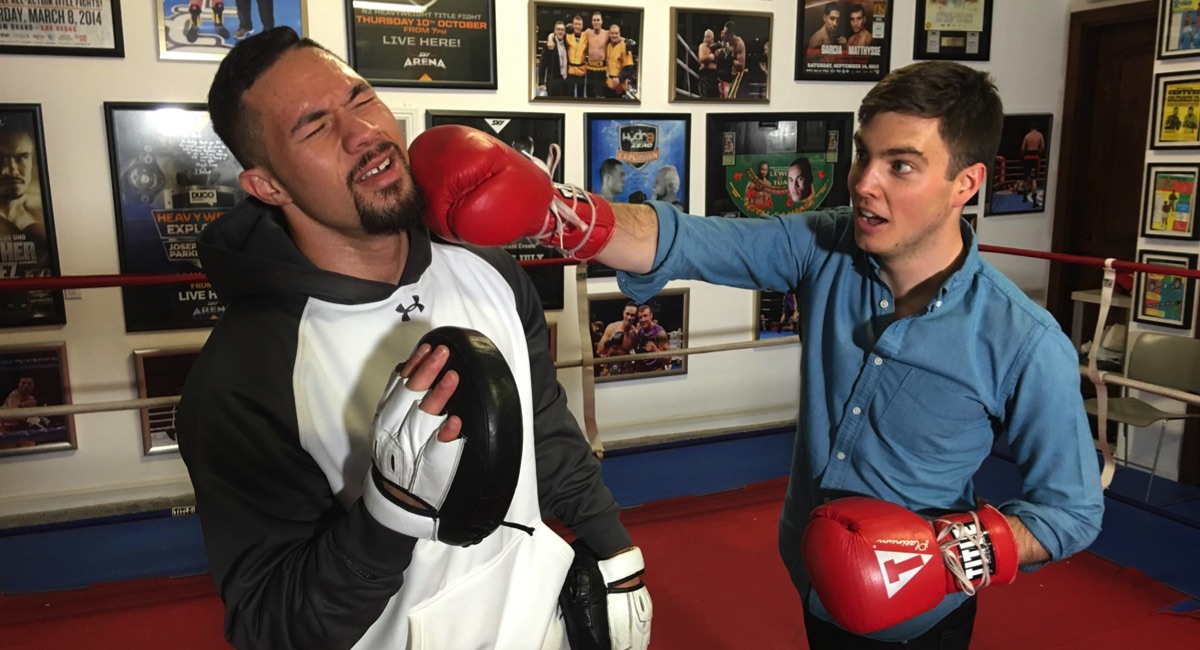 Television New Zealand is gearing up for a bigger role in sports putting more pressure on Sky TV, which links delayed free-to-air rights to pay broadcasts of live games. TVNZ is reported to be bidding with leading telco Spark for rights to the 2019 Rugby World Cup in Japan. Bids close next month, but TVNZ has declined to comment on plans. TVNZ has also indicated that it may be be bidding for free-to-air rights to the America’s Cup, set for in Auckland in 2020. TVNZ announced recently it would be showing Formula 1 racing on Duke.

TVNZ breakfast interviewer Jack Tame (pictured above) has been under attack for a six-minute interrogation of Prime Minister Jacinda Ardern over her gossiping with a comedian pal, Tom Sainsbury. The comic went public on RadioLive about the PM’s story that Donald Trump had mistaken her for Justin Trudeau‘s wife. International media picked up the story, which did not stack up. A storm in a teacup you might say, but it was at a time Labour was having troubling transitioning from opposition to government, Tame challenged the 37-year-old PM whether she needed to be more careful talking to her media pals about the President of the USA.

Bauer Media New Zealand is reducing frequency for Taste Magazine from bimonthly to quarterly, focusing more on recipes and less on lifestyle content. Bauer New Zealand general manager Brendon Hill says there were no plans to close the title but confirms subscribers are being offered refunds or subscriptions to other Bauer NZ titles, including its new lifestyle title, Nadia. Meanwhile, Bauer appointed Kaylene Hurley as NZ commercial director. She fills the vacancy left by Paul Gardiner who took over as commercial director of Bauer Australia. Sarah Yetton has been promoted to Hurley’s old role of agency sales director.

NZME Radio Sports sports host Tony Veitch pulled out of a panellist role in a new sports chat show on Sky TV, called New Zealand Press Box. The withdrawal follows a social media war revisiting Veitch’s 2006 serious assault of his partner. That led to his conviction amidst widespread publicity. After stepping down from his on-air role at TVNZ, Veitch returned to Radio Sport and rose through the ranks of NZME. Blokey sports chat shows have been a popular genre in New Zealand, though in this case it was presented by veteran woman sports journalist Bernadine Oliver-Kerby. However, Veitch, a former TV sports host known for his pushy style, promoted himself as having central role for his return to TV. 11 years after the assaults, and amid global stories about abuse of some, reaction from women journalists was swift and harsh. Already facing a fall in subscribers, Sky quickly backed off its commitment to the new show. Veitch pulled out the next day.

New Zealand media are awaiting a pivotal High Court decision on the Commerce Commission rejecting the merger of NZME and Fairfax NZ. First New Zealand Capital issued a note on NZME, with the head of institutional research Arie Dekker saying NZME has a material advantage over Fairfax through its ownership of 40% of the radio industry. He said if the ComCom decision were overturned, and the merger were allowed, the terms of the deal should be looked at again. “We think NZME is in a better position than Fairfax to navigate change and should be valued more highly. FNZC rated NZME a neutral stock. But even with costs reduced Dekker questions whether NZME would be able to support in the future where other online operations could operate separately without a news component.”

The New Zealand Herald’s daily audience has hit one million for the first time – while the Weekend Herald and Herald on Sunday have enjoyed year-on-year newspaper readership growth, according to the latest Nielsen survey, reports publisher NZME:

The New Zealand Herald has also continued to grow readership across several of its weekly magazines.

The Herald on Sunday has retained its number one spot as the best-read and best-selling Sunday newspaper, growing its audience by 25,000 in just a year to 341,000. This is also up 4,000 on the most recent quarter.

The Herald’s travel magazines have had an impressive growth period, with Tuesday Travel attracting 6,000 more readers to reach an audience of 272,000, and Sunday Travel increasing by 12,000 readers since the previous period, now reaching an audience of 213,000.