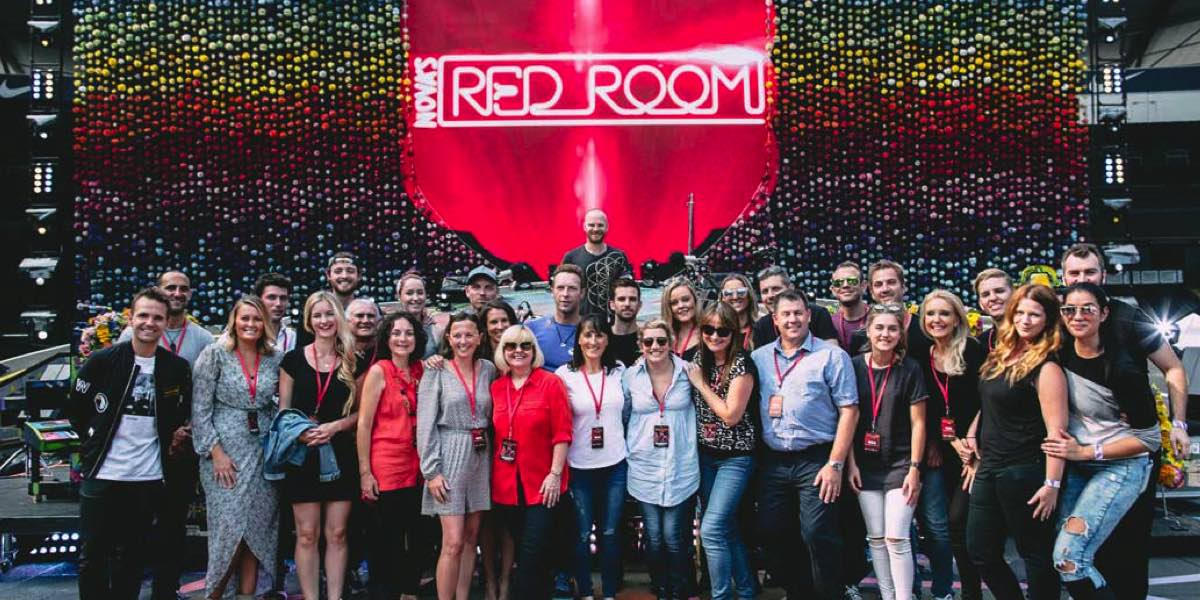 The Nova’s Red Room Global Tour 2016 saw a very busy weekend as lucky Nova competition winners travelled to London to see Tinie Tempah and to Manchester for an intimate performance by Coldplay. The tour returns to Sydney on Tuesday night for a show by Meghan Trainor at The Star at Marquee.

Just hours before a sold-out show at Manchester City (Etihad) stadium, Coldplay performed exclusively for Nova Red Room. When the band walked out on stage they shook the hand of every single winner. The band performed on a small stage, inviting the Nova Red Room winners to join them as the band performed “Magic” and “Adventure of a Lifetime”. For their final song, the band surprised winners by shifting the performance of “Up & Up” to the main stage. Nova’s Red Room Global has now departed to return home to Australia for the final performance in Sydney with Meghan Trainor.