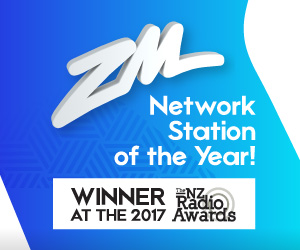 ZM Network was named Network Station of the Year at the New Zealand Radio Awards held in Auckland this week. Of the 47 awards eight were “premier” awards. Four of those were part of the MediaWorks Group, three for stations belonging to NZME. One is independent.

Best Music breakfast show was Jay-Jay Jay, Dom and Randell at the Edge Network while Best Non-Breakfast Team was Jono and Ben at The Rock Network, Best Talk Presenter for Breakfast or Drive was Duncan Garner from Radio Live. Marcus Lush of Newstalk ZB won for other timeslots on talk stations.

Television producer and businesswoman Julie Christie was named Companion of the New Zealand Order of Merit in the Queen’s Birthday Honours this week. She will carry the title of Dame. Christie was the founder of successful production company Touchdown. She is currently one of four directors of MediaWorks, which owns of TV3 and half New Zealand’s commercial radio stations.

Christie is a controversial figure in New Zealand media due to a focus on commercial reality TV shows and a direct approach. At MediaWorks she has seen changes at TV3 during the era when Mark Weldon was chief executive. 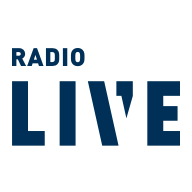 Afternoon Talk is a new magazine-style show which will bring listeners in-depth interviews with newsmakers in the world of current affairs, as well as conversations with leading lifestyle experts and prominent New Zealanders.

Nissen’s career began 35 years ago as a journalist at the Auckland Star later moving to the Auckland Sun then to the New Zealand Herald. Nissen became the editor of top-selling magazines Woman’s Day and New Zealand Woman’s Weekly. After a short time producing for 60 Minutes, Nissen spent two years in Sydney as editor of Family Circle magazine. In 2000 she began producing several documentaries for Greenstone Pictures and then TVNZ’s panel advice show How’s Life with Charlotte Dawson.

Bravo New Zealand, Matchbox Pictures, NBCUniversal Television and New Media Distribution last week announced that The Real Housewives of Auckland – the local version of the popular international franchise, commissioned by Bravo New Zealand – has been acquired by Bravo to air this summer in the US.

Bravo NZ noted the US acquisition is a testament to the high quality of the homegrown version of the franchise and Matchbox Pictures’ commitment to producing local content of a world-class standard for the international market. The unscripted local production was a top performer on Bravo New Zealand – coming up to its first anniversary in July – as well as delivering strong ratings when it aired in Australia in 2016 on Foxtel.

Commonwealth Bank-owned ASB Bank has played down its recent decision to drop Saatchi & Saatchi and move to Australian agency WiTH Collective. The Auckland operation will be based at the Dentsu Aegis network. The bank account has been a cornerstone of the Saatchi & Saatchi New Zealand business for five years. Despite the big hit, Saatchi & Saatchi managing director Paul Wilson said that the agency was in good health after some recent new business wins.

Ad agency Sugar & Partners has parted company with executive creative director Damon O’Leary and creative director Dave Nash. Nash rejected a suggestion from the agency managing director Jeremy Johnston that the departure was due to changing agency models. He said that he and O’Leary planned to work on new project together.

The inaugural New Zealand IAB awards were held in Auckland recently with Zane Furtado of Acquire Online named Grand Prix winner. The award for digital Media Sales Excellence – Mobile went to Stephanie Tucker of 1st Screen. She also won the Online category. Stephen Old of Pandora won in the Display category, Jacqui Fraser of Exponential for Video, Jared de Wet for Search. In Ad Operations Excellence Category Ashwin Sundaram of Acquire Online took the junior award while Zane Furtado took the senior prize. Digital Producer of the Year was the Near Allspark platform by MADE Media. Best digital led campaign in the Data category went to Qassem Naim of FCB for “Gifts That Go Places”. Best digital led campaign Use of Native went to “Xero – Life Over Business” campaign by Jaimee Kivell of Bauer Media. The Best Digital Led campaign by an Advertiser was “The Many Faces of Tiguan” campaign, from Kate Grigg at FCB.