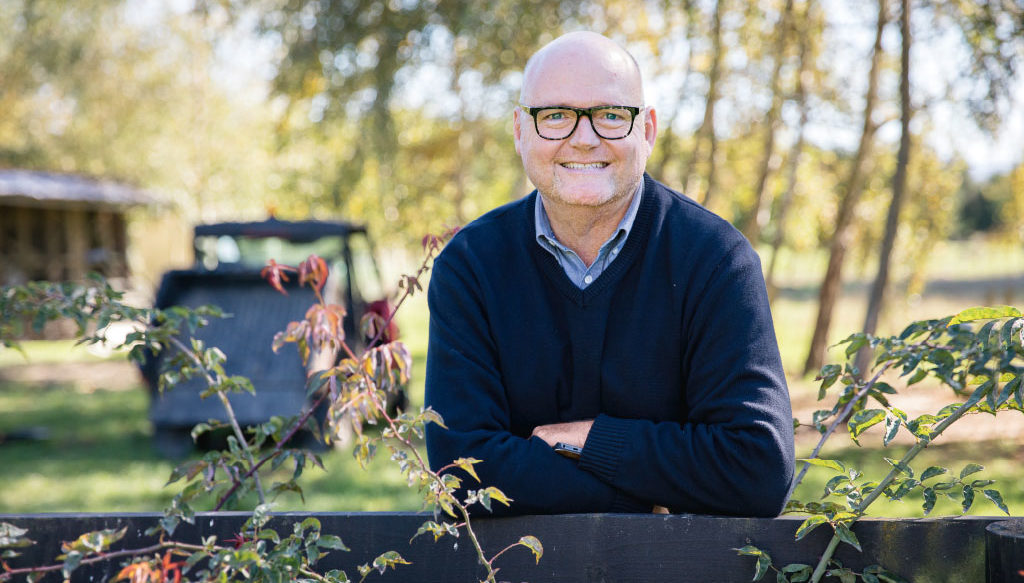 Editor-in-chief Michael McHugh’s journey with MiNDFOOD started in New Zealand in March 2008. After tasting success in the Kiwi market, the brand subsequently launched with a magazine in Australia in 2011.

The title was founded at a time when the majority of the globe were fighting the impact of the global financial crisis.

“On the face of it, it might appear like, ‘Oh, what are they doing?’,” McHugh said. “We believe that there was a gap in the market for smart-thinking content.

“No longer is there a consumer that goes out there and buys six to 10 magazines a month. They just don’t.” – McHugh

“Women were leaving buying magazines because they didn’t think there was something there for them.” The name MiNDFOOD can easily lead a consumer to think that it’s yet another magazine about food. However, McHugh says MiNDFOOD is a book of multiple magazines.

“No longer is there a consumer that goes out there and buys six to 10 magazines a month. They just don’t,” he asserted. “With MiNDFOOD they can get a bit of everything: food, health, travel, beauty and fashion and community issues. This is then backed up with a big digital site behind it.

The brand, which is published by privately owned McHugh Media, is looking to expand its footprint into more countries in 2017

“When they read the magazine, it’s a very different time in their lives. It’s when they have that ‘me’ time.”

Despite being neighbours, readers’ tastes in Australia and New Zealand are quite different, McHugh told Mediaweek. Therefore, up to 75% of the content can be different in the Australian and New Zealand editions of the monthly title.

The current issue of MiNDFOOD is the embodiment of this. The New Zealand edition of the magazine is fronted by former New Zealand prime minister Helen Clark. Meanwhile, the Australian edition has actor Joanna Lumley on the cover.

“We are currently #2 in New Zealand in terms of circulation and readership in the women’s magazine market,” McHugh said.

“We have a niche following in Australia. The readers are very loyal to MiNDFOOD.”

The brand, which is published by privately owned McHugh Media, is looking to expand its footprint into more countries in 2017, McHugh revealed. “What we have realised is that we have a high number of subscribers internationally to the magazine and on some of social platforms.”

“The shorter and sharper the video the better it is – that’s what the people want.”

Something that McHugh and the team at MiNDFOOD have been weary of since the inception of the brand is building a strong presence on digital and establishing revenue streams outside the magazine.

“The great thing with MiNDFOOD is that it’s an experience. I could not imagine MiNDFOOD not having a magazine. It’s a key component and platform for content, as are the events we do and the growth that we’ve seen in MiNDFOOD shop, where people are buying both handmade products as well as MiNDFOOD branded products.”

The brand’s digital presence also contributes to this holistic MiNDFOOD experience.  When it comes to which product gets precedence in the office, MuHugh is persistent that no one product gets more attention than the other. He pushes the point that “MiNDFOOD is an experience”.

McHugh explained: “When you are looking at our newsletter, that is a very different experience to when you go to the MiNDFOOD page on Facebook, where you are going to be reading a quick grab about a story. “Even that experience is different from when you are on the site reading a recipe or health information or watching a video.

“I have to make sure that the staff is creating content for all those platforms.”

McHugh Media started MiNDFOOD has a print property at first, but was quick to add other touchpoints such as social to its offering. This investment has borne fruit in recent times.

“The growth in digital over the last few years has been extraordinary. We have seen some good traction from it revenue wise as well,” he said.

“As media has developed so have the different skill sets that we have needed for the business.”

Currently, MiNDFOOD has more than 272,000 likes on Facebook, more than 6,600 followers on Twitter and 13,400 followers on Instagram. Along with this, the brand sends out more than 360,000 copies of its weekly electronic newsletter.

One of the most successful propositions in digital for the brand in recent times has been video. This method of storytelling is becoming a big part of what MiNDFOOD can offer to its clients.

“We have seen an enormous pickup in and around video. For example, some of our cooking demonstrations can get over seven million in reach,” McHugh claimed.

“The shorter and sharper the video the better it is – that’s what the people want. Seventy-seven percent of people will come to MiNDFOOD on mobile. Therefore, video is a perfect tool to access that audience.

“It’s not just about a magazine or online execution. Video is becoming a big component of it.”