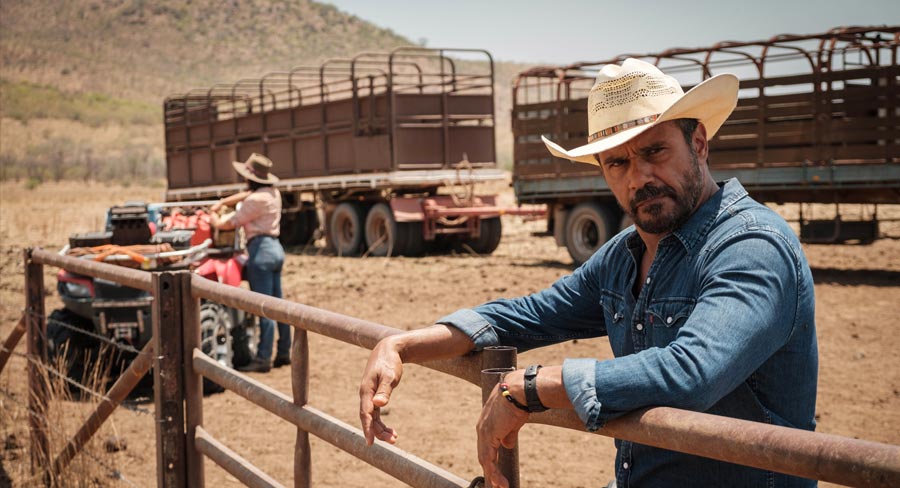 • What sort of dramas would attract an Aussie audience?

Binge-worthy dramas continue to pour in from the US and the UK and that list of shows to watch just gets bigger and more exhausting. But what’s missing from the must-see list are any Aussie dramas, and that makes me sad.

The only new drama that got people talking this year was Mystery Road where viewership remained steady for its entire series. Compare that to the lack of buzz around Bite Club and Playing For Keeps, both of which are struggling to crack the half million mark.

Part of the problem here is networks’ desire to get as big and therefore as broad an audience as possible. Too many of them seem to think that putting young characters into shows will get young people watching but has that ever worked? Isn’t it more likely that kids want to watch adult shows not aimed at them, and they rarely connect with the “typical teenagers” that populate so many Aussie dramas.

800 Words wraps up next Tuesday with an episode that feels more like a season ender than a finale. This was a delightful show that was ruined by having too many romantic storylines. It’s one thing to have every adult in the town looking to hook up, but including lovestruck teenagers at high school was a step too far. The same could also be said about Doctor Doctor, which brought in an annoying teenager this season called Ivy (Annabel Wolfe), although it was a relief for adult viewers when she refused to stay at the school Charlie (Nicole da Silva) taught at and fled to Bali instead.

All this schoolyard drama would be fine if these shows screened in a family timeslot like 7.30pm but they don’t, so is it too much to expect that an Aussie drama screening at 9pm will contain adult content? And if kids are not watching the two Aussie dramas already set at high school, namely Home And Away and Neighbours, perhaps that’s because they don’t want to watch free-to-air TV at all and are probably watching YouTube instead.

There is possibly a case for a new Aussie school drama, given we have only ever done Class of 74/75, Glenview High and Heartbreak High. But would anyone have the balls to make one that reflected today’s issues? Instead of Brenda (Shannen Doherty) and Brandon (Jason Priestley) both going to 90210, what if an Aussie version had one twin forced to go to a struggling public school while the other lived it up at an over-funded private school?

Some clever Canadians once did a high school show in 1979 and it is still going strong all these years later. Degrassi has spawned five series and 621 episodes and part of its appeal has been its willingness to be controversial. If Australian dramas want to compete on the world stage (and who wouldn’t want some international sales to offset those expensive production costs?) then they need to harden up. The reason Wentworth has been sold to over 140 territories worldwide is that it has truly gobsmacking moments that make people talk. And on the inside, there are also no kids.