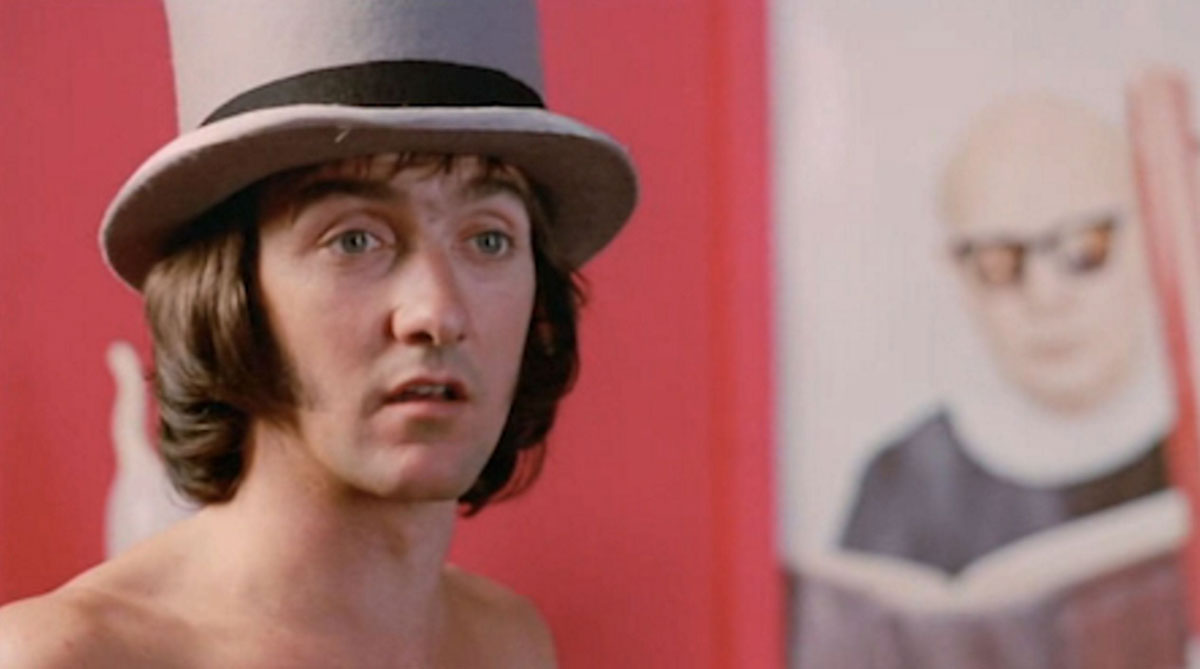 FRIDAY
The Graham Norton Show
8.30pm on Ten
The final episode of this series features the stars of Absolutely Fabulous: The Movie. Joanna Lumley and Jennifer Saunders, coming soon to Australia for a local premiere, are joined on Graham’s couch by Rebel Wilson and Iggy Pop. The Ab Fab movie, which has gotten pretty good reviews from UK and American critics, opens across the country here on August 4. [AM]

Alvin Purple (The Sex Therapist)
9.30pm on World Movies
I questioned why this movie was being listed along with its little-known American release title and the answer is quite brilliant – if someone is flicking through the EPG and has never heard of Alvin, then the word ‘sex’ in the title may make them stop and watch! Those of us who HAVE heard of Alvin might remember that this movie was so phenomenally popular back in 1973, it screened at some city cinemas for 60 weeks – and this was despite an R rating that banned anyone seeing it who was aged under 18. Adjusted for inflation, this Aussie movie made about $37 million in today’s money at the box office – so it was a fair dinkum blockbuster which we rarely see anymore. And it still holds up today, especially with some very revealing nude scenes from Jacki Weaver, Lynette Curran, Kris McQuade – and Graeme Blundell. [AM]

Fast Times at Ridgemont High
10:45pm on 7flix
Having watched the new Cameron Crowe TV series Roadies and struggling through his last couple of films, it will be a pleasure to go back and watch the first film he wrote. While the film certainly feels dated today, it’s more honest and raw than you’ll find from almost any teen comedy film today. They really don’t make films like this anymore. [DB]


SATURDAY
Spotlight
9.30pm on SBS2
This British/French co-production is about a crime scene cleaner whose life is thrown into turmoil when his brother arrives with a bloody mess of his own. The black comedy, already renewed for a second series, stars Brendan Coyle, best known as Downton Abbey’s Mr Bates. [AM]

Aussie Exploitation
from 4pm on World Movies
A mammoth marathon of all 5 movies shown this week, starting with Long Weekend, then The Man From Hong Kong, Razorback, The Adventures of Barry McKenzie and Alvin Purple. Now that’s what I call a good Saturday night. [AM]

Toast of London
Streaming on Netflix
Straight up let’s say: This comedy is not for everyone. In fact, it’s probably for precious few of you. Matt Berry (Garth Marenghi’s Darkplace, The IT Crowd) plays Steven Toast, a middle-aged jobbing actor who is reportedly not very good, but continues to plug away at it. If you enjoy shows with terrible puns, filthy language, and cringe comedy that is content to fill the silence with more opportunities to cringe, give this a look.

SUNDAY
The Voice
7pm on Nine
It’s the Grand Final to another good season, but extra good luck is needed for the winner given this show is yet to launch a real superstar onto the charts. Instead, this show is always more about the mega-judges but get ready to bid a fond farewell to Jessie J who won’t be back in 2017. [AM]

Big Ted’s Excellent Adventure: 50 years of Play School
7.40pm on ABC
Most kids’ shows have not survived into the 21st century so it’s heartening to see that Play School endures and is still an institution. This retrospective documentary will look at its iconic toys, props and its star-studded line-up of presenters over the years. Can’t wait! [AM]

Barracuda
8.40pm on ABC
From the author and the production team that brought you The Slap, now comes this new sporting drama perfectly timed in the lead-up to the Rio Olympics. Unlike The Slap though, this story is a much slower burn as a potential swimming champ gets a scholarship to an snotty private school. Some fresh new acting talent have been recruited to slip into the Speedo swimsuits but they get great back-up from stalwarts like Rachel Griffiths, Jeremy Lindsay Taylor and Matt Nable who is a real stand-out playing the swimming coach. Stick with it. [AM]

800 Words
9pm on SoHo
Last year’s smash new Aussie/New Zealand begins on Foxtel and is probably well timed for the second series now being promoted on Seven. Erik Thomson is solid playing a widower who moves his teenage kids to a nutty coastal town but it’s Rick Donald who provides great comic relief as a not very bright surfie tradie. [AM]