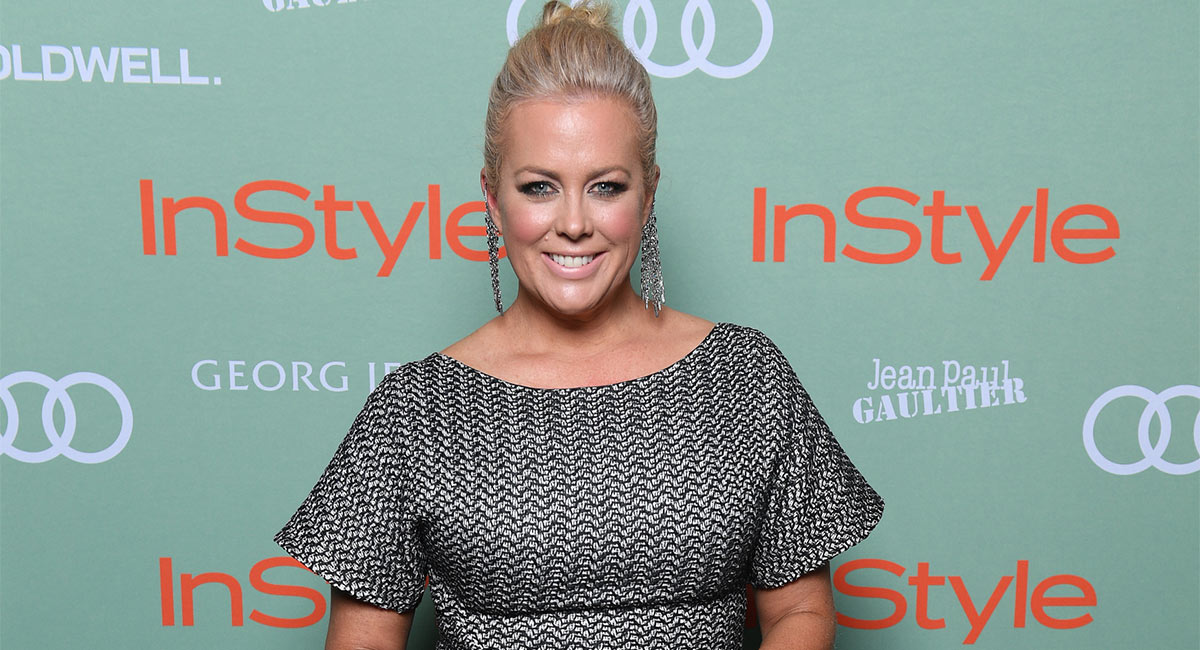 Billboards company oOh!media will rip off the Band-Aid with a heavily discounted equity raising that would more than double its shares on issue, reports Street Talk in The AFR.

The deal put to institutions was split into a $39 million placement and $128 million entitlement offer, according to terms in front of potential investors, and underwritten by Macquarie.

It would see oOh! issue 315 million new shares and increase its total share count by 130 per cent. The rights issue is expected to be one-for-one and accelerated for institutional investors.

oOh! will use funds to bulk up its balance sheet – which CEO Brendon Cook described as “strong” on Friday – and ensure it can survive a sharp fall in earnings.

Melbourne media entrepreneur Craig Hutchison has told staff at his SEN radio network and Crocmedia business to “please not be alarmed by this” after parent company Pacific Star Network voluntarily suspended trading in its shares on Friday, reports The Australian’s Craig Hutchison.

Hutchison, the chief executive of Pacific Star, told staff the business was “unable to properly inform the market” how it would deal with the impact of COVID-19 on its business.

He also told staff that they should operate on a business-as-usual basis and that “many other Australian companies have been doing the same thing,” in regards to the share suspension.

Pacific Star owns the SEN radio network, which has been broadcasting matches from the NRL and AFL in the past two weeks as both competitions kicked off, and also provides syndicated media content for other competitions.

SEN has also broadcast overseas sports, many of which have been at least temporarily suspended for the foreseeable future.

The business also owns 25 per cent of National Basketball League club Melbourne United and publishes the famous AFL Record publication which is sold at AFL venues at each match. With crowds unable to attend closed venues, the Record has been offered to fans for free via digital download.

Pollster and media researcher Gary Morgan has revealed himself as a potential buyer of Australian Associated Press in an attempted rescue of the 85-year-old media business, reports The Australian’s Leo Shanahan.

Following news last week that “unidentified parties” had approached AAP management about buying the company, the executive chairman of Roy Morgan Research told The Australian he would be interested in buying the business.

While potential buyers have expressed interest in AAP’s profitable arms – press release service Medianet and subediting business Pagemasters – Morgan claims he is interested in buying the entirety of the business if it is viable.

“We are looking at the whole thing, but that depends on what that business might look like,” Morgan said.

The Australian understands the owner of Private Media and chair of Solstice Media, Eric Beecher, is also running the ruler over the AAP business.

Currently, 60 per cent of AAP’s revenue comes from Nine and News Corp, meaning about $20m would be added to the cost base of the business without the two major players.

Some of Australia’s most prominent investors believe there will soon be opportunities to buy media companies, following a collapse in share prices across the sector amid global market sell-offs sparked by the coronavirus pandemic, reports The AFR’s Max Mason.

“The recent share price falls are the realisation that the coronavirus will lead to a recession. The significant uncertainty relates to the length of this pandemic,” Wilson told The Australian Financial Review.

“Once we navigate through this difficult economic environment you would expect a strong rebound in revenue, profitability and the share prices of the sector. Our focus is on companies that will weather this storm.”

Industry sources told The Sydney Morning Herald and The Age the government will launch a multi-million-dollar advertising campaign across traditional media in addition to the spectrum fee relief.

Media companies are in crisis meetings about how they can adapt as revenue continues to be comprised by advertising cancellations. Regional broadcasters are the most vulnerable as local and national advertisers withdraw spending.

Kurt Burnette, Seven West Media’s chief revenue officer, said that the conditions were “unprecedented”. Some sectors like travel are pulling advertising spending, but retailers and government are rapidly changing their demands as the situation changes.

“Every single category and every single client inside the category is acting very differently depending where their needs are,” Burnette said. “I’ve never seen anything like this before. Every day is a new day of how we are trying to deal with it. There is no playbook, we are creating the playbook. It’s been an interesting exercise in the idea of agility…how we move and service the customer.”

Letters from the editors: The AFR promises continuing coverage

As Australia’s most trusted newspaper title, The Australian Financial Review has dedicated the nation’s biggest business, finance and political newsroom to providing the most comprehensive and well-informed coverage of this evolving crisis, write AFReditor-in-chief Michael Stutchbury and editor Paul Bailey to their readers.

Like many other businesses, the health risks have forced the Financial Review’s newsroom to work from home.

Modern technology allows us to continue to publish our round-the-clock website, afr.com, our Financial Review app edition and our newspaper six days a week.

At the Financial Review, we know this emergency will last months and leave a lasting impact. While we can’t rule out the odd technical glitch, we remain committed to helping business and the nation get through this incredible crisis.

Covering a crisis: how newsrooms meet demand during COVID-19

“Each day is more extraordinary than the last. The most important thing is to give factual, up to date information to readers, and more of them are coming every day. The demand for information is unquenchable,” she says.

News bulletins are also the place where the government is buying ads to get messages out to the public in a constantly moving situation.

“It’s often about information to Australians, very important matters of health and safety,” Seven chief revenue officer Kurt Burnette says. “The first point of call in times of need is Sunday night news across all the broadcasters.

“They want to get to places of trust and invest in high reach very quickly. Trusted sources definitely are the news services of the traditional media.”

They may work for the same employer, but that hasn’t stopped from SMH columnist Peter FitzSimons calling for one of his colleagues in another part of the business to be stood down.

Under the headline ‘Alan Jones puts lives at risk with his take on coronavirus’, FitzSimons wrote:

When it comes to Alan Jones I have been gobsmacked many times, but I think never has my gob been more smacked than Monday last.

Broadcasting in personal safety from the splendid isolation of his place at Fitzroy Falls, what does Jones tell his mostly elderly listeners? “We now seem to be facing the health version of global warming,” Jones said. “Exaggeration in almost everything.”

This rant from him was not a one-off, but part of a consistent Jones theme he has sounded for days that the whole coronavirus thing is overblown. The inevitable result? Many of his elderly listeners will not take the precautions they need to and that will have the most devastating consequences imaginable. He has placed the very lives of his listeners, and other Australians, at risk. If that is not irresponsible broadcasting, I don’t know what is. If that is not enough to see him taken off air, I don’t know what is.

Seven halts production on Home and Away and Big Brother

Not even fan favourite soapie Home and Away or reality TV program Big Brother are immune to the threat of COVID-19, reports News Corp’s Jonathon Moran.

Production on the Channel 7 reality series has come to a halt after a crew member came into contact with someone who tested positive to the illness.

“Production has been made aware that a BB Art Department crew members has been exposed to someone who has tested positive for COVID-19,” an internal email from production company Endemol Shine Australia obtained by The Daily Telegraph read.

“The crew member is currently feeling well and showing no symptoms of the virus however is being tested and now self-isolating. As a precaution the site is currently in lockdown pending testing and further advice.”

The long running Channel 7 television drama is shot at Seven’s Eveleigh studios and on location at Sydney’s Palm Beach.

“Seven Studios advised today that it would halt filming of Home and Away immediately,” a Seven spokeswoman said.

“It confirmed that no cast or crew had tested positive for COVID-19, but that the decision was made due to the increasing logistical hurdles related to the COVID-19 situation.”

In a social media post last week, Armytage said she had been laid low in recent months with a “respiratory infection” and was frightened by the coronavirus outbreak.

“Hi all, I’m taking a few weeks off work as I’ve had a respiratory infection – for three months – since the bushfires and it just won’t heal,” she posted in an Instagram story with an accompanying photograph showing the presenter, in woollen winter wear, with her dog.

“I DON’T have coronavirus but I’m worried I’ll get it if I don’t get better. Thought it was a good time to lie low,” Armytage added.

The 2020 AFL season has been postponed after just one round due to the coronavirus outbreak, CEO Gil McLachlan announced at a press conference held at half-time during the Hawthorn v Brisbane game at the MCG being shown on Seven and Fox Footy.

The 2020 NAB AFL Women’s season has been cancelled, with no premiership to be awarded.

Clubs were on Sunday afternoon informed of the decision reached by the AFL Commission. The scheduled Hawthorn-Brisbane and West Coast-Melbourne games were completed to finish round one.

Until the football resumes, Port Adelaide sit on top of the AFL ladder and their Saturday opponent Gold Coast is on the bottom.

McLachlan said the AFL industry was facing its biggest financial crisis in its history, but the key priority was to do everything possible to keep players, staff, and supporters healthy and well through this pandemic.

“Our industry provides livelihoods for thousands and thousands of people but our key focus at the moment – like every organisation in the country – is to do everything that needs to be done to help slow the spread of this virus and to keep people as healthy as possible,” Mr McLachlan said.

There has been unilateral support from players and the media of the move to stop playing. The decision however will leave both Seven and Fox Footy with big holes in their schedules.

Fox Footy showed an “emergency” edition of AFL 360 after Sunday’s late game at 9pm which was then followed by the first, and hopefully not the last, edition of Bounce for 2020.

NRL reaffirms commitment to play on as AFL suspends competition

The NRL has reaffirmed its commitment on Sunday to continue playing the Telstra Premiership season for the time being, reports NRL.com’s Brad Walter.

NRL CEO Todd Greenberg said it was the ARL Commission’s intention to proceed with the competition until there is advice from government to shut down matches.

Greenberg said they had “given careful consideration to today’s federal and state government decisions to shut down non-essential services, locations and travel”.

“We have, and always will, stringently follow all government health advice and medical protocols to protect the health and safety of the community, and our players,” he added.

ARL chairman Peter V’landys said on Channel Nine on Sunday night that rugby league would remain focused on keeping its season afloat unless told otherwise by the government or health authorities.