Filipino broadcaster ABS-CBN will open two “Hollywood-style” sound stages in the middle of 2017 on a 15 hectare lot in San Jose del Monte City, just under 30 kilometres from Manila.
The broadcaster said it hoped the sound stages would save up to 75% in shooting location costs.
ABS-CBN Group chief financial officer Ron Valdueza told the Manila Standard, “The two sound stages, hopefully by middle of next year, are a very exciting development. The amount of savings and the efficiency, if you have a sound stage, is huge.”

Singapore Press Holdings’ premium video network SPH Razor – celebrating its eight anniversary this month – launched its revamped website which gives viewers easy and immediate access to all the videos from the SPH newsrooms in one place. Razor TV viewers can watch original content plus material  produced by The Straits Times, The Business Times, The New Paper, AsiaOne, Stomp and other partners. Videos produced by these newsrooms will also be published on the SPH Razor site at the same time.

Major Hong Kong free-to-air broadcaster TVB’s half-year profit fell by 74% to HK$302 million. Ad revenue fell by 11%, contributing to TVB’s overall revenue decline of 3% to HK$1.96 billion.
But this figure was lower than estimates by analysts polled by Reuters who had expected a 9% decline in TVB revenue to about HK$1.8 billion. TVB also warned that the HK$150 million cost it would incur by broadcasting the Rio Olympics will also hurt the bottom line.

South Korea’s second-largest telecom company KT has launched a new network device, Olleh TV Air, which allows internet protocol TV to be accessible by wireless and will enable users to watch ultra-high-definition IPTV programs more flexibly.
The company said Olleh TV Air is an external terminal device that connects an internet modem to an IPTV set-top box through Wi-Fi technology. Unlike the existing wired IPTV services, it does not need extra wiring and users can randomly place the device considering the interior design they want within the reach of Wi-Fi networks. 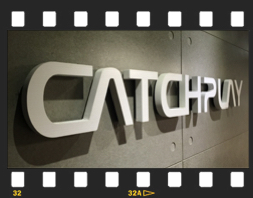 CatchPlay has launched a new movie-on-demand service in Singapore with 400-500 mainly US movies and it plans to build the catalog, adding more Asian movies. CatchPlay chairman Timothy Chen said, “Singapore has the highest digital penetration in the region so we are excited to finally officially launch the CatchPlay service in Singapore, after we partnered with StarHub in June.
Now all movie lovers here get to watch their favourite movies under CatchPlay as and when they want, regardless of where they are and what devices they are using.”
CatchPlay’s on-demand service was initially launched in Taiwan in March and launched in Indonesia in June with Telkom Indonesia.
Plans to roll out in the rest of the region are in the pipeline. 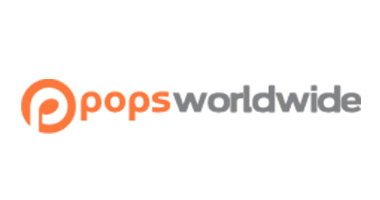 Vietnam-based POPS Worldwide has signed a strategic partnership deal with UUUM Corp, the largest multichannel network in Japan, to improve the positioning of both content companies in Asia.
POPS, which also operates in Thailand, will promote the entertainment partner content managed by UUUM, and in turn POPS partner content will have greater reach to the Japanese market, where UUUM is a market leader.
They will also collaborate on brand sponsorship and content licensing opportunities.
POPS Worldwide manages the largest multiplatform, multichannel network in Vietnam and Thailand with over 1,000 partners from all content genres including kids, music, comedy, film and television, food, beauty and fashion. POPS Music is the number one YouTube channel in Vietnam with over 2 billion views and 1.7 million subscribers. In 2016, POPS Worldwide entered into an exclusive partnership with Turner to launch Boomerang kids TV in Vietnam.

Indonesian ad spend for the first half of the year reached Rp 67.7 trillion (A$66.9 billion,) an 18.15% increase y-o-y, according to a Nielsen Advertising Information Services report. The healthy increase in spending was prompted by improved economic conditions and spending sprees during the Ramadhan and Idul Fitri festive seasons.
Television remains the most popular platform for advertisers with ad sales surging 26% to Rp 51.9 trillion.  TV accounted for 77% of ad spend. Newspapers remained stable, representing 22% of first-half ad spend, while magazines represented only 1%. Online media ad spend was not taken into account in the report.

Bangkok consumers are more likely to turn to social media for news, but mainstream media is still the most trusted source of news according to research by University of the Thai Chamber of Commerce’s School of Communication Arts. Findings show that 32.6% of respondents spend about one to two hours a day consuming news, and 24.1% spend two to three hours a day.
The most frequently consumed news was about entertainment at 54.4%, followed by key incidents at 52.3%, sports 37%, politics 34.9% and crime 32.8%.

Naver spends big to set up video streaming in US

South Korea’s Naver has invested 23.3 billion won (A$27.5 million) to set up Wav Media, a video streaming service, in the US, having  created Wav Media as a subsidiary in California in June this year. The South Korean tech firm has been looking at entry possibilities into the Western markets after its Japan-based messenger service Line became a hit in Asia, with users based mainly in areas such as Japan, Thailand and Taiwan.

Singapore Press Holdings’ Chinese Media Group will launch an upsized Chinese news and infotainment website on 8 September under the refreshed zaobao.sg brand. This will incorporate the “content and values” of the group’s three flagship papers – Lianhe Zaobao, Lianhe Wanbao, and Shin Min Daily News. In conjunction with the enhanced website, the “Gamsia365” will also be launched to embrace the spirit of showing appreciation to people who make one’s day through small gestures.

Mediaweek Asia In Brief
•  Singapore Press Holdings won four awards – one gold, two silvers and one bronze – at The Spark Awards 2016 last week, organised by Marketing Magazine. SPH won gold in the Best App by a Media Owner category for its FastJobs app.
•  Asia Pacific pay-TV subscriptions are expected to increase from a collective 438 million in 2015 to 536 million by 2021, according to Digital TV Research.
•  Indonesian smartphone penetration increased to 35% in the first half of the year according to a Nielsen survey. Smartphone penetration increased from 12% in 2013 to 26% in 2015, while conventional phone penetration decreased from 67% to 48%. Internet penetration is now 39%, and of that number, 36% of internet users surfed through a mobile device.
•  Phoenix Capital Asset Management and Tencent have led a A$297 million Series C financing round in DouyuTV, a Chinese game and entertainment live broadcast platform. DouyuTV specialises in video game live broadcast, where users can share and watch how other players perform in popular video game series. DouyuTV’s sports unit will also be integrated into Qie Live, a broadcast platform under Tencent.