Peter Olszewski round out the media news in the Asian market

Germany’s Forum Media Group has bought an 80% stake in Hong Kong and Singapore’s Lighthouse Independent Media to enter the Asia market. Financial details were not provided.

Lighthouse’s owners and founders, Australians Tony Kelly and Justin Randles, have retained 20% of the company. Randles cut his media teeth as the former national ad manager of FreeSurf Australia and later worked for Text Media, Strategic Publishing and Fairfax. Randles and Kelly will continue their association with the company, operating out of Hong Kong. Astro Malaysia Holdings increased its revenue by 2% YoY to RM5.6 billion (A$1.7b) for the financial year ended January 31, 2017. Its profit after tax and minority interests was up 1% to RM624 million. Growth of the company’s customer base was driven by its subscription-free TV service, NJOI. Astro’s total number of customers was up 6% to 5.1 million. Pay-TV customers held steady at 3.5m and NJOI customers increased by 30% to 1.7m. Astro’s TV service is in 71% of Malaysian households and growing, and the company’s combined engagement with households and individuals across TV, radio, digital and ground events leads in Malaysia. Astro is a major shareholder in Australia’s Fetch TV.

Singapore’s Mediacorp has appointed Parminder (Parry) Singh as its chief commercial and digital officer. Singh’s most recent position was with Twitter, where he was managing director, Southeast Asia, Middle East and North Africa, and India.

Before that he was managing director, display solution sales, Asia Pacific at Google.

China’s largest digital entertainment and social network business, Tencent Holdings, has led a US$350 million (A$460m) investment in Beijing-based video streaming app Kuaishou. The startup is a video platform similar to Instagram or Periscope. But while most Chinese rivals target office workers and students, Kuaishou is popular with China’s rural people and migrant workers. Mediacorp has appointed Sharon Au as publisher of Elle Singapore, as part of the publishing company’s digital and multimedia makeover. Au has over 20 years’ experience in the media industry as a TV presenter, actress, digital business owner and editor. She helms styleXstyle, one of Mediacorp’s first forays in digital media. She will also oversee growth of the elle.sg, the digital version of Elle Singapore’s monthly print edition that was launched in October 2015 and has drawn an average of over a million page views and over 200,000 unique visitors monthly. Print versions of Style and Style:Men will cease with the April copies, and future content will migrate to styleXstyle. But Style will publish special print supplements throughout the year.

Independent Taipei-based Chinese-language news site The News Lens has completed a Series B fundraising round. Investors participating in the round include North Base Media, managed by Marcus Brauchli, previously executive editor of The Washington Post. Joey Chung, the company’s CEO and co-founder, said the site will launch new video programming hosted by one of Taiwan’s best-known television presenters Jennifer Shen, and in a deal with Time Inc, it will soon begin publishing translated editorial from Time and Fortune magazines.

Philippines broadcaster ABS-CBN said its net income rose by 39% to P3.5 billion (A$91.2m) in 2016, exceeding its earnings guidance for the full year. The rise was due mainly to higher advertising revenues – full-year growth in ad revenues, boosted by election spending, was about 11%. Overall revenues for 2016 rose 9%. The company also rolled out its digital terrestrial television last year, with over 2.3 million boxes sold by the end of December.

• BBC Worldwide will launch BBC Earth in HD and BBC World News on Cignal TV in the Philippines on April 1. Signal is a leading subscription-based direct-to-home satellite television service provider in the Philippines, with 1.6 million viewers in the country through the platform’s pre- and post-paid packages

• Apple’s iPhone 7 is available in Indonesia as of today, after the entire iPhone range was prohibited from being sold in Indonesia since January last year when the government imposed a rule requiring all makers of 4G smartphones to establish local manufacturing or research facilities. Earlier this year Apple agreed to build such facilities in three Indonesian cities.

• Astro Malaysia’s OTT streaming app Tribe, launched in Indonesia and the Philippines in 2016, achieved its first milestone of one million downloads in a year according to the company’s end-of- financial-year statement.

• Thailand’s The Nation newspaper will work with Thaivisa.com, the kingdom’s largest English-language web site for expats and foreign visitors, in regards to content integration, advertising and services. The first initiative will be the integration of Thai news and content from The Nation on the Thaivisa.com site.

• Malaysian-based streaming company iflix received more than 11,000 subscriptions within one week of its launch in Myanmar in the middle of March.

• Mediacorp is expanding its Brand Studio, the content marketing arm under its Digital Group whose past clients have included the South Australia Tourism Commission. About 30 former editors and journalists and other content producers will work for the studio, helmed my Benjamin Gajkowski, formerly of Axel Springer SE and Gruner & Jahr. Phin Wong is the studio’s executive creative director. 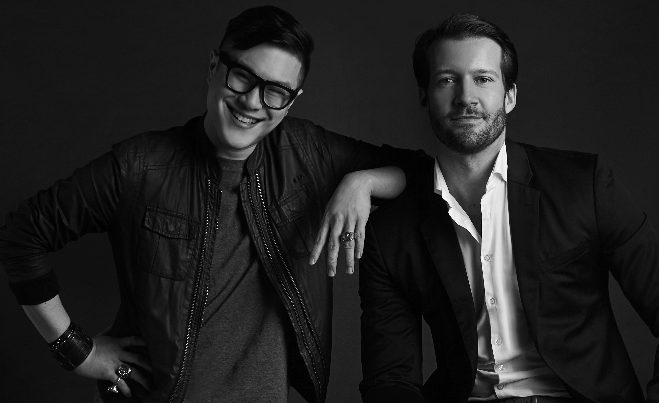