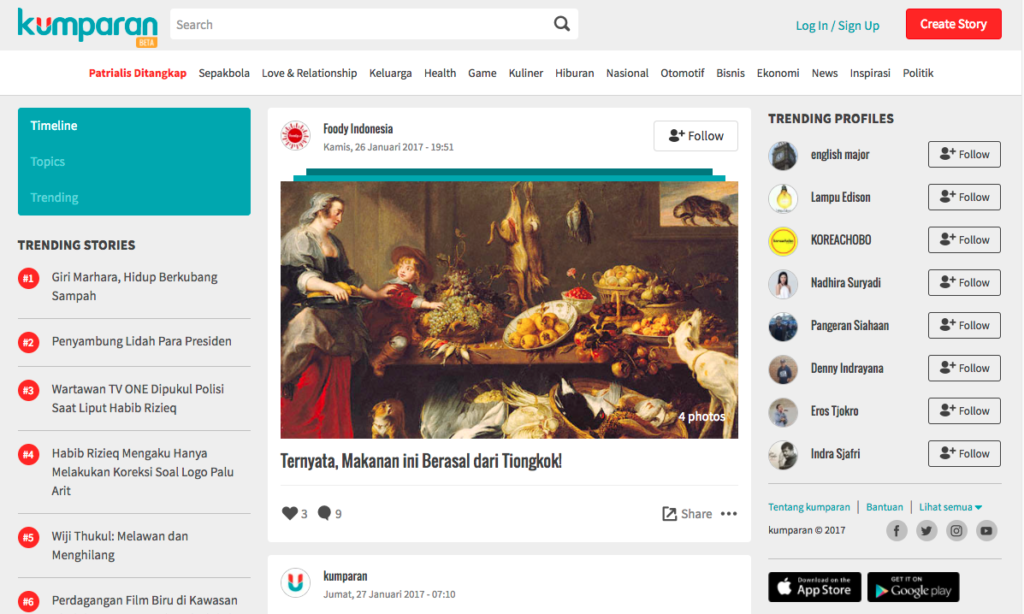 Indonesian media startup Kumparan.com has received its first round of funding from “undisclosed investors in the region”. The startup says it is Indonesia’s first hybrid site that combines online news with a social media aspect that allows users to be news providers. Kumparan was started by DetikCom founders – DetikCom was a pioneer in Indonesian online news and was one of the most vocal news sites during Indonesia’s 1998 political upheaval. In August 2011, DetikCom was sold for US$60 million (A$79.4m) and became part of Trans Corp, a business unit of CT Corp headed by one of Indonesia’s richest men, Chairul Tanjung.

Thailand’s Mushroom Television Co, a 51% owned subsidiary of SET-listed Post Publishing, the publisher of the Bangkok Post, has signed a deal with Vietnam’s Life TV Co to broadcast its popular TV show, Young Self-Made Millionaire. Mushroom hopes to generate 30 million baht (A$1.2m) this year from the agreement. The show has interviewed 200 SME owners in the past four years, and the move to Vietnam is expected to strengthen the network of small and medium-sized enterprises in Thailand and neighbouring countries in line with the Thai government’s sharing economy policy that develops young entrepreneurs using advice from experienced professionals. About 250 episodes of the TV show are expected to start airing on Life TV channel in Vietnam by the second quarter this year.

Kuala Lumpur-based digital media group Rev Asia, formed in 2013 in a merger between Australian-listed Catcha Media and Says.com, has set out plans this year to dominate the Malay-language audience and to monetise its video content. This will be driven to an extent by initiatives from the Malaysian government to increase broadband services to largely Malay-speaking rural areas. The company also acquired three Malay language content websites – a lifestyle portal and two portals for sharing stories about food and cooking – for an undisclosed amount on December 23, 2016.

Australian-owned Phnom Penh Post will create a new revenue stream by using its nationwide daily newspaper delivery system to deliver freight and parcels on behalf of West Australian-based Yojee Ltd. The deal will tap into Cambodia’s growing e-commerce market. Post Media, the parent company of Phnom Penh Post, and Yojee signed an MOU on Sunday January 22 that will “deploy a same-day, next-day delivery logistics service in Cambodia that leverages the efficiency and expertise of Post Media’s delivery operations”.

Multi Channels Asia announced on Wednesday that Outdoor Channel (Asia) has surpassed the eight million households mark through new carriage deals with VTVcab and MobiTV in Vietnam and Singtel in Singapore. Outdoor Channel also celebrates its seventh year on air with increasing popularity in two of its top markets – Malaysia and Taiwan. In Malaysia, Outdoor Channel ranks as the number four channel after local free-to-air channels on IPTV platform TMHyppTV, with a 33% increase in viewership and 21% increase in average TV viewing time in 2016.

The cord-cutting gained momentum in January last year when Netflix launched in Singapore, followed by Viu, a specialist in Korean content, and later Amazon Prime Video. The Straits Times reported two months ago that pay-TV operator StarHub had suffered a 35,000 drop in subscriber numbers in 2016, while Singtel lost 11,000 subscribers in the first two quarters of its 2016-2017 financial year. StarHub now has 507,000 pay-TV subscribers and Singtel has 412,000.

While the OTT operators haven’t provided subscriber figures, analysts suggest that there are anywhere from 50,000 to 150,000 people in Singapore on Netflix alone. 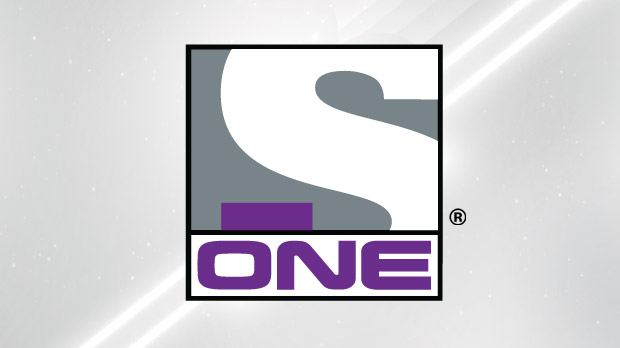 • US-based English-language daily North Korean news service NK News, headed by Chad O’Carroll, will on February 1 deny users access without a paid subscription, doing away entirely with free article access. The annual subscription rate will increase by 50% to US$299 (A$397).

• One of Korea’s longest-running TV programs, Infinity Challenge – aired almost continuously from 2006 – will be suspended for seven weeks to give directors and cast time to relax and refresh themselves.

• A new made-in-Singapore game show, Cash Struck!, which launches February 6, is the first coproduction between Mediacorp and Endemol Shine Asia.

• Cambodia’s ABC Radio, which launched a campaign against Radio Free Asia, saw its TV time slot on live online channel TV3 removed by the Ministry of Information after a video of an ABC presenter jumping over a table and slapping a co-host went viral on social media.

• BBC Earth ranked number one among the factual channels in Singapore in December 2016, topping the charts for the fourth time in a year. BBC Earth is also broadcast in Malaysia, Indonesia, Thailand, Hong Kong, Taiwan, South Korea, Vietnam, Mongolia and Myanmar.