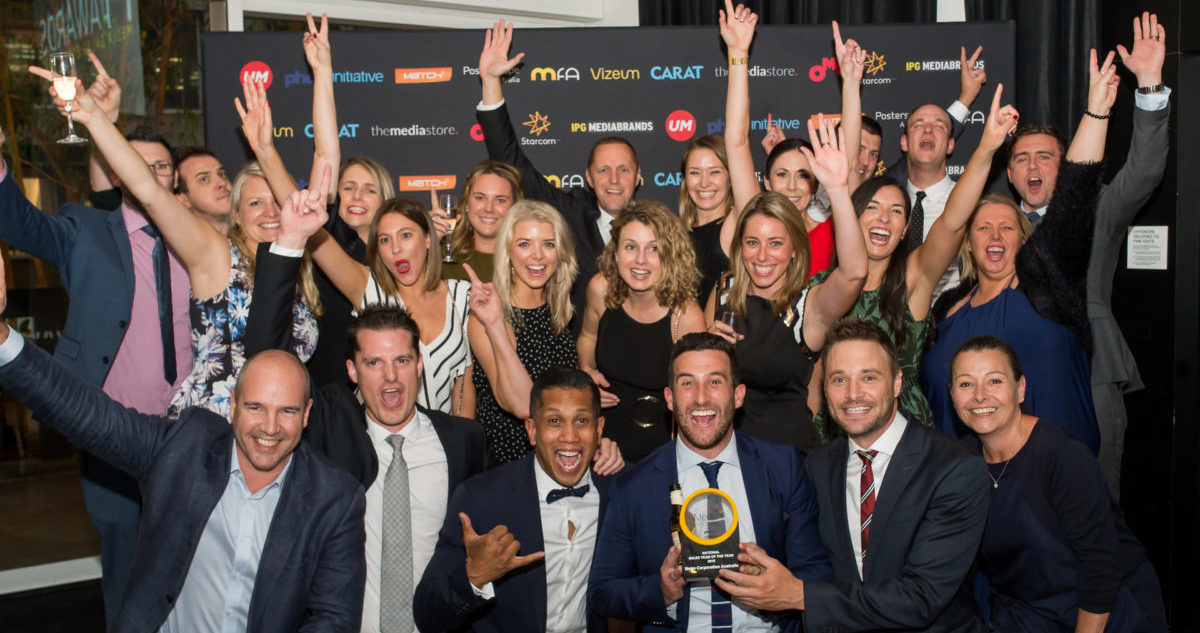 News Corp the big winner, Nine and Bauer fill their trophy cabinets too

A Sydney thunderstorm and a clash with the surprise election victory of Donald Trump couldn’t stop some of Australia’s finest media sales people partying hard at the 2016 Media i Awards. So intent were the teams, some of which had flown in from all parts of Australia, on having a good time and catching up with friends and colleagues that the din from the audience nearly drowned out the announcement of the winners.

Although outdoor companies were again well represented, traditional media who have to pedal harder these days, made a comeback while newer players like Mamamia were amongst the winners.

This year’s awards were hotly contested with News Corporation Australia and Nine the most-awarded media companies on the night each receiving five awards followed by Bauer with four awards and ARN, Fairfax & oOh! Media with three apiece.

Voted by peers, the Media i Awards acknowledge the role media sales representatives play in the pursuit of media advertising excellence.

Introduced in 2011, they are the only awards dedicated to recognising the contribution of media owners. This year more than 2,000 media agency professionals voted.

Charles Parry-Okeden, CEO Media i, spoke of the importance of collaboration between media agencies and media partners.

“These awards not only recognise the professionalism and excellence of sales individuals and teams, but the success they achieved for clients in collaboration with media agencies.

“We are extremely proud of tonight’s event. The response from our finalists has been overwhelming, reinforcing the significance of this initiative to sales teams and individuals across the country. We would like to congratulate all of tonight’s winners on their fantastic achievement,” said Chris Winterburn, managing director Media i.