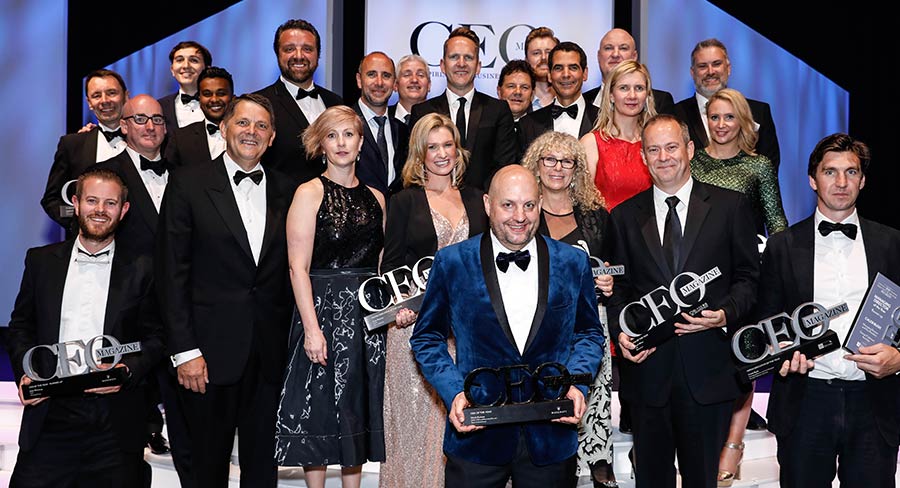 The CEO Magazine has named the APAC CEO and executive director of Talent International Mark Nielsen as CEO of the Year at the seventh annual Executive of the Year Awards at the ICC Sydney.

An audience of CEOs and senior executives gathered to honour and celebrate the country’s leading executives and CEOs across 23 categories. Nielsen has been responsible for driving Talent International, an IT&T recruitment agency, to the next level for staff engagement, revenue and profitability. He has paid keen attention to staff to create a motivated team that is focused on meeting the company’s goals and has achieved an incredibly high retention rate. He has also improved the company’s market position now ranking number one out of five in the ANZ market.

The winner of Media Executive of the Year was Caleb Bush, managing director and vice president at George P. Johnson Australia. He established a period of great bold and brave change to deliver prosperity and longevity for the agency in Australia. Bush re-imagined the strategic intent, objectives and creative ambitions of the business and transformed it into a full-service experiential agency that delivered record results in 2017, setting a new record for the agency under his management. One of the other highlights from the Awards ceremony was Emma Hendry, CEO of Hendry Group, winning the Building and Construction Executive of the Year Award in what has previously been a male-dominated category.

Winners were presented with their Awards at the black-tie event held at the ICC Sydney in front of more than 600 guests.

There were 10 finalists in the CEO of the Year category. The runner-up was John Winning, CEO of Winning Group, while Rob Goudswaard, CEO of Credit Union Australia, was Highly Commended.

CEO and co-founder of The CEO Magazine Chris Dutton said: “I’m thrilled that this year’s Executive of the Year Awards exceeded all our expectations. We saw a record number of applications, a record level of brilliance and our biggest attendance numbers to date with more than 600 guests joining us at the ICC Sydney to celebrate the individuals behind some of Australia’s top business brands.

“I’m incredibly proud that for seven years now we have held this prestigious event that genuinely impacts the professional lives of those in leadership positions. It’s an exciting time for The CEO Magazine – our US office is now open, and the magazine is looking the best it ever has. The content, design and a push towards luxury have helped us reach new heights. I am so proud of our team. Thank you to everyone who played a role in helping to make the night a monumental success.”

Top Photo: Group shot of the winners at the 2018 CEO Magazine Executive of the Year Awards