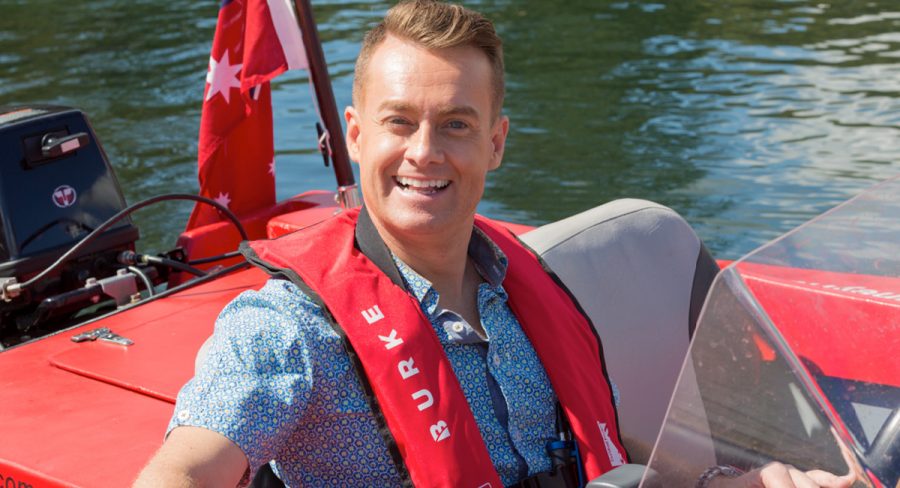 Meanwhile, Dave Hughes confirmed he would be opening the Logies telecast this year.

He might be one of the outsiders for the TV Week Gold Logie, but 2Day FM reported this morning that Grant Denyer is firming in the betting. Sports Bet is currently quoting Denyer at $8. The rank outsider is Andrew Winter at $10, while Tracy Grimshaw is the red hot favourite at $2.50.

2Day’s Em, Grant and Ed breakfast show is one of the reasons why Denyer could be an outsider to watch. Not only will the radio show be pushing hard for a Denyer victory, the radio and TV host also has the support of Network Ten behind him. Ed, Em and Grant at a recent listener event at Luna Park

Denyer this morning wondered on air if a sex tape might help his campaign. “Is that what helped Waleed win?” he asked his colleagues.

Southern Cross Austereo announcers are good at cross-promoting other shows. This time last week Wil Anderson was a guest on Em, Grant and Ed, while today it was Dave Hughes.

Hughes confirmed he would be opening the TV Week Logie Awards telecast this year. Ed Kavalee asked if Hughes was prepared to apologise for jokes he made about Denyer at a previous Logies. Hughes revealed that he had pre-warned Denyer that he would be sending him up.