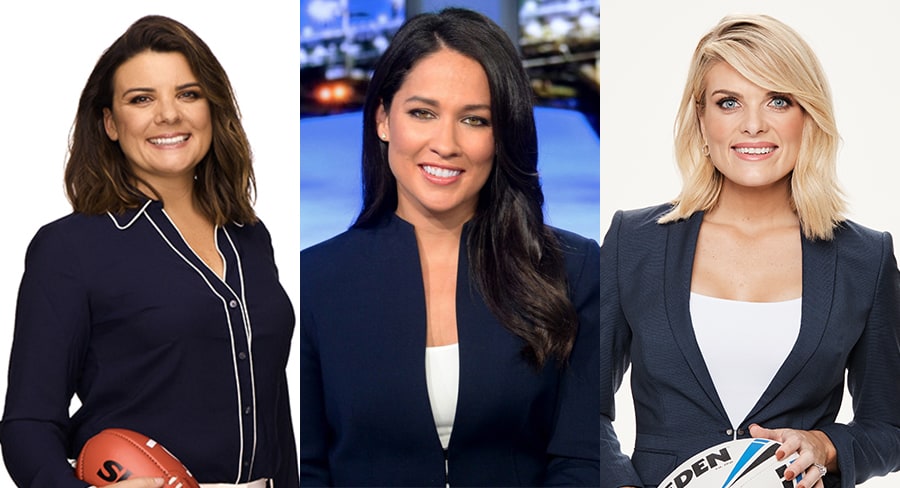 • “The two male journalists on either side of me were let in and I had to wait at the door.”

The theme of this year’s International Women’s Day is Choose to Challenge, meaning that everyone can choose to challenge and call out gender bias and inequality wherever it may be.

It’s no controversy to say that many Australian newsrooms have traditionally skewed male, and the sports desks even more so. With a shift in societal attitudes and a handful of women who have been leading the way, however, more and more women are becoming involved in sports coverage.

Mediaweek spoke to Kelli Underwood (host of Offsiders on ABC, The Back Page pannelist on Fox Sports), Erin Molan (host of The Sunday Footy Show on Nine, Nine News sports presenter, co-host of The Morning Crew on 2Day FM), and Mel McLaughlin (Seven News sports anchor, multi-sport reporter, Olympic Games broadcast team) about what has changed over the course of their careers and the impact that the visibility of women in sports broadcasting can have.

Kelli Underwood was the first woman to call AFL competition matches on TV and radio. She says that the first day in the commentary box was daunting, but worth it.

“That was terrifying, and that was absolutely overwhelming. It was a big ask at the time, it was sink or swim.

“I’m glad I did it because it’s opened a lot of doors for me and I wouldn’t have had the chance to call other sports like netball and tennis, and then continued to call for the last 10 years – I’ve done that weekly at the ABC and now for Fox Footy which is fantastic. Back then it was jarring and I think polarising. But society has changed so much since then, and society’s expectations have changed so much.”

But with changes in society comes resistance.

Erin Molan has been a strong campaigner for the introduction of legislation that would hold people accountable for what they say online after receiving public backlash herself from people who weren’t used to seeing a woman in the kind of roles she was working in.

“I didn’t understand earlier on that it wasn’t personal even though the comments themselves were deeply personal. I realised a lot later in my career that that’s just what you’re subjected to when you’re on television or you’re in the media or the public eye – and particularly if you’re in a minority or if you’re fairly new to a role that traditionally has been filled by men. 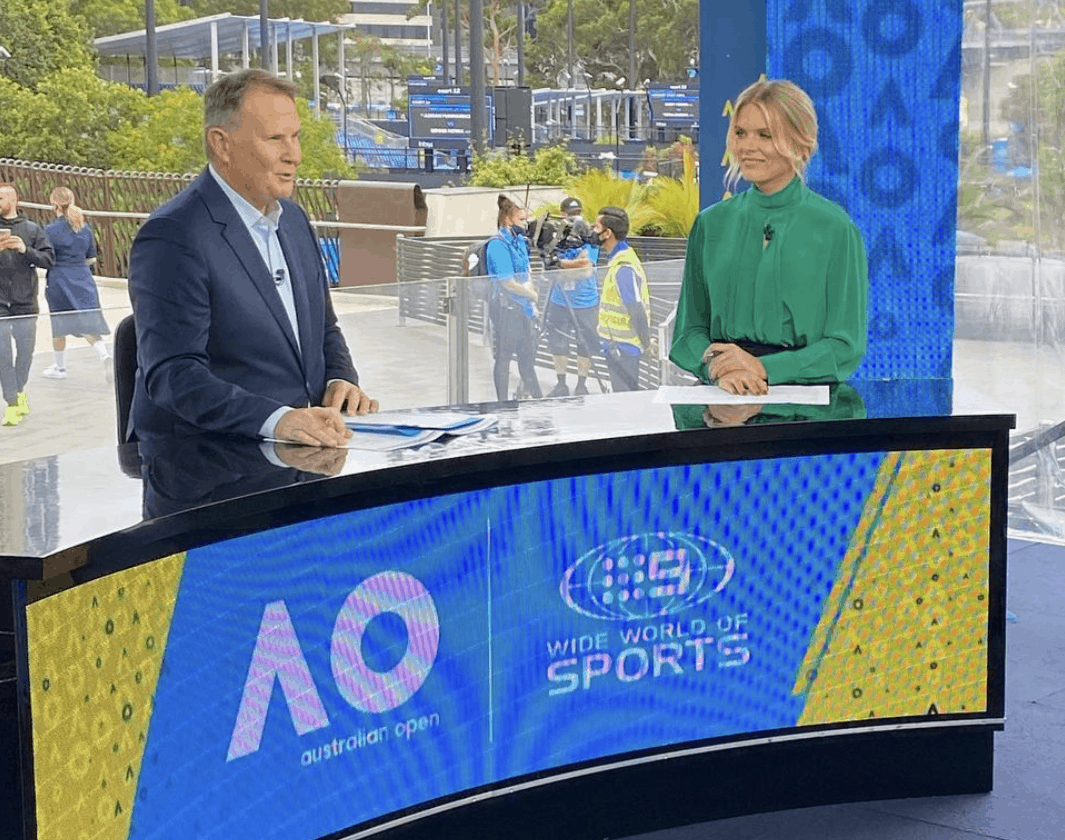 Changes in the Industry

Mel McLaughlin says that while there are more women working in sports media now compared to when she first started, it’s important that their involvement isn’t tokenistic.

“It’s totally changed. The big thing is, for me, it’s very much a reflection of society… There weren’t many female hosts and now there are plenty. There certainly weren’t female faces fronting commercial networks.

“These days it’s very much normalised, which is what it should be because I think it’s abnormal to not have female involvement, but not in a token way. There probably was a period where certain organisations and maybe bosses were like ‘oh, we need to tick a box and get one female involved so we’ve got that covered.’ It’s certainly not the case anymore.”

Molan says that while seeing more women in hosting roles is an important step, it’s good to see that there are also more women across the board when it comes to sports coverage.

“I guess the most obvious change is the amount of females that are now involved in coverage, which is just phenomenal. You had the odd one or two back when I began, but to now see women in all coverage of all mainstream sports is just fantastic. And not just in hosting roles which is what I do – I’m from a journalism background so I’m certainly not a former player or a commentator – but to now see women who have played at the top of the game and represented Australia like Allana Ferguson and Ruan Sims be involved in a commentary capacity is just fantastic.”

For Underwood, change has come in the form of what spaces women can occupy.

“I remember in my first year walking into the Collingwood change rooms after a game to interview the players, and the two male journalists on either side of me were let in and I had to wait at the door.

“The one thing I notice is just about every commentary box across all sports now – or most sports – has a woman involved. I was the only one there at one point and the male commentators used to just use the one single female toilet at half time. Now the women’s toilets are officially for the women that are in the media commentary box section.” 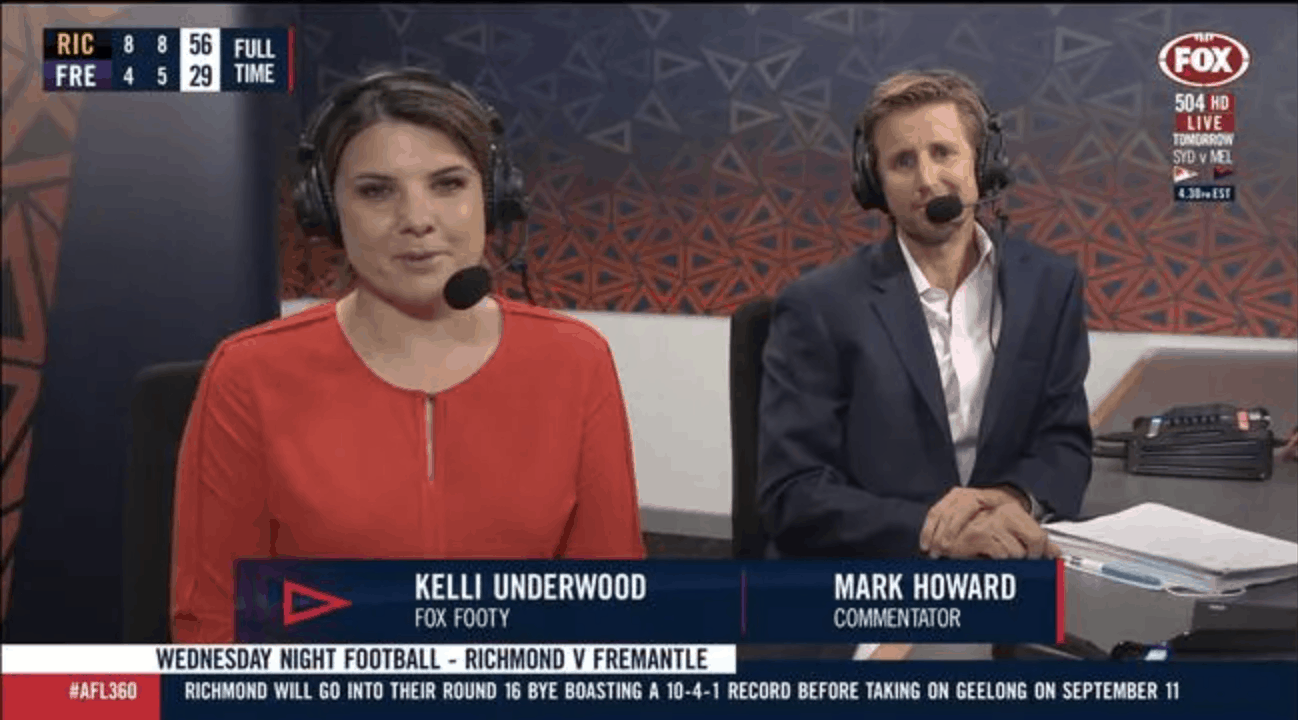 The Influence of Visibility

As the saying goes, ‘you can’t be what you can’t see,’ and girls growing up today have a number of women in sports broadcasting roles to look up to. McLaughlin says that having an impact is one of the most rewarding parts of her work.

“I can honestly say that the biggest compliment I ever get is when a mum – I had this at the Big Bash recently – a mum comes over with her young daughter, and they’re beautiful people, and they come up and they tell you what it means to see a female doing what we do.

“I remember the first time I ever had that. I was in Perth working on the A-League and this beautiful grandmother came over to me, and she brought her granddaughter, and she said ‘I want my granddaughter to meet you and to see what she can be and what she can do.’”

This hasn’t always been the case, however, and Molan says that if she had seen more women in sports broadcasting when she was in the early stages of her career, it would have made her realise that a job in sports media was attainable.

“There was a lot of rejection for me in the early days. I was rejected a million times from a million different networks when I was first trying to go national from regional TV, and even trying to go regional I still had to deal with a lot of rejection and comments like ‘maybe you should do entertainment,’ or ‘maybe you should look at travel, women aren’t taken seriously in sport.’ Those are the type of things that were said to me by some pretty high ranking executives in television at the time.

“It would have helped me believe a little bit more that I could do it.”

For Underwood, noticing a woman working in sports journalism for the first time is a moment that she remembers well.

“I remember being young and hearing and noticing a woman on FM radio, and I remember reading and noticing when I was a teenager that Caroline Wilson was writing sport at The Age in Melbourne. Isn’t that bizarre, the sort of things that stick out in your mind? That was like a penny-drop moment where I thought ‘oh, so I could do something in radio or something in the newspapers.’” 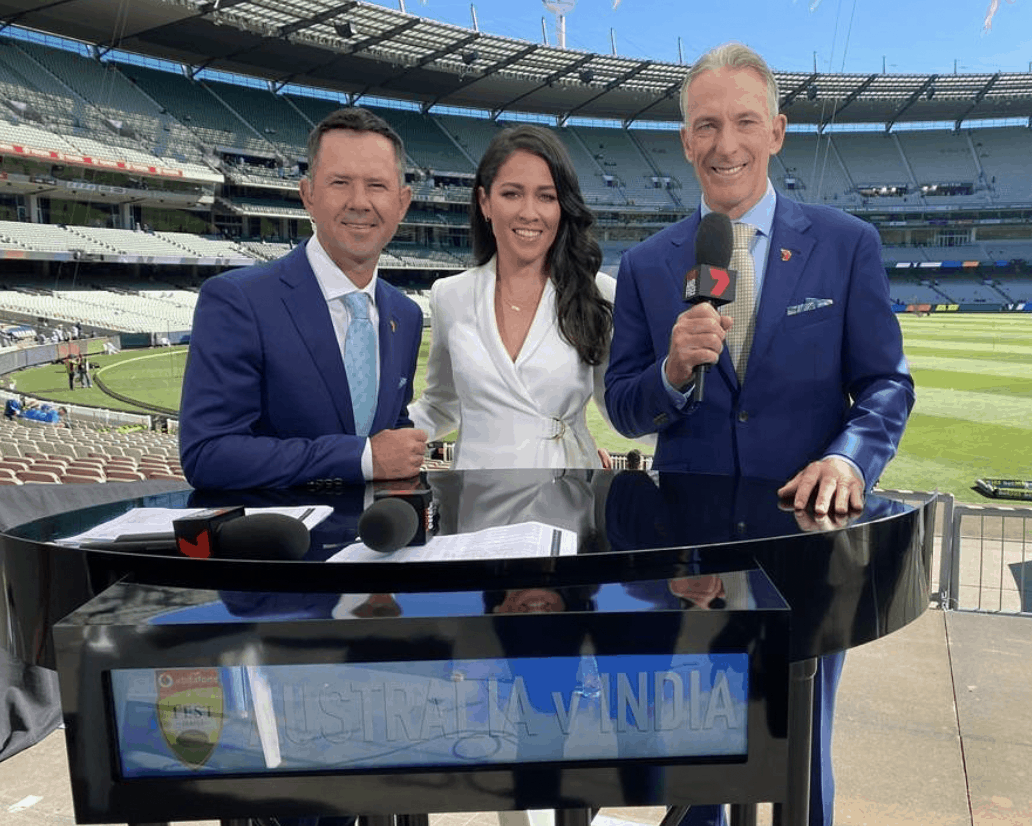 Doing What You Love

Ultimately, anybody working in sports broadcasting is there because they love it. McLaughlin says that keeping track of the different sports that she covers in her job is something that comes naturally through passion.

“It’s effortless if you love it. If someone asked me for advice, I’d say ‘do what you’re passionate about’, you can’t fake passion. If you know your stuff, it’s not a chore.

“I’ve always found if you’re interested in it, it’s a labor of love… I find it’s not something I could ever complain about, because I love it. You watch the sports, you stay across what’s going on, and then that’s the job half done.”