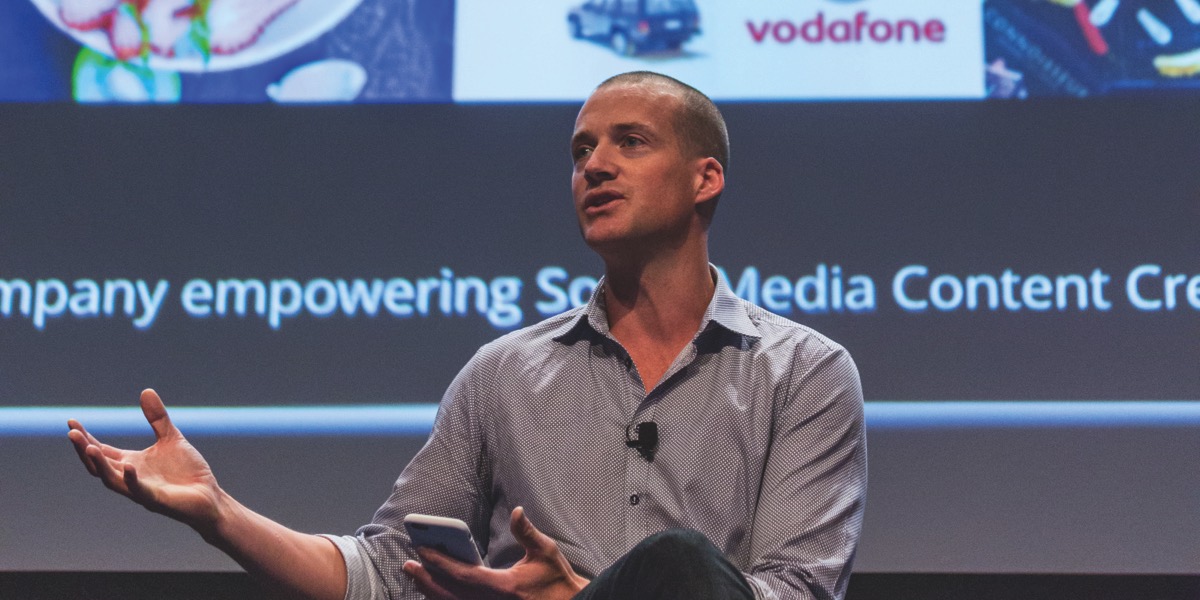 The stereotypical belief with marketing on social media is that the higher the number of followers an influencer has the higher the engagement rate. Jules Lund tells Mediaweek that’s not always the case.

Just over six months ago Lund founded Tribe, a tech marketplace for brands and influencers to get in contact with each other for individual campaigns. At the time Lund was talking to Mediaweek, he said that over 2,500 influencers had signed up to the platform, 350 campaign briefs had gone live and over 250 brands had uploaded their campaign briefs on the platform.

The idea for the company occurred to Lund when he was the co-host of Southern Cross Austereo’s national drive show in 2011. 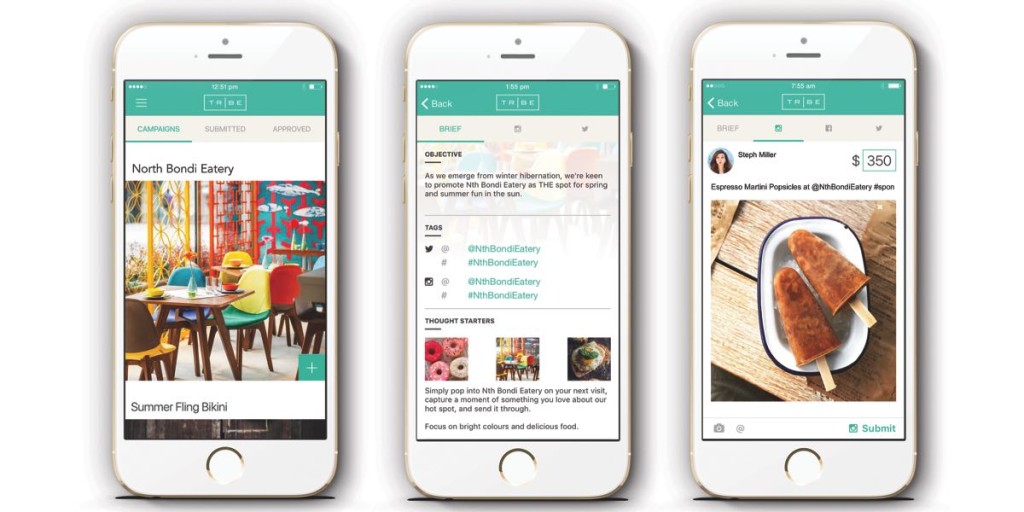 “I worked in television on Getaway for 10 years. Then when Fifi Box and I replaced Hamish and Andy in drive time radio, all of my ideas were visual. The producers kept blocking them saying, ‘We can’t do that on air, but you can go and play with our social media platform.’ I then invested a lot of my energy into our social media platforms and became quite obsessed. I managed to drive the Fifi & Jules Facebook page up to the most-engaged brand page in the entire country in all categories.

“A lot of the media agencies began asking Southern Cross Austereo, ‘How did you build such a powerful asset?’ So I went out and consulted to those media agencies on how to build a tribe that is engaged. From that I was inundated with brand campaigns for my social media. All of this is four years ago before influencer marketing took off.

“Then I would have a question. It would then go all the way back through that chain. The model was in desperate need of a workflow solution. It was such a simple concept of content that only needed an outline of an objective that needed to be given to the content creator, who knows how to create content, which is why they have the audience in the first place.

“I created an app for myself and realised this is quite scalable.” 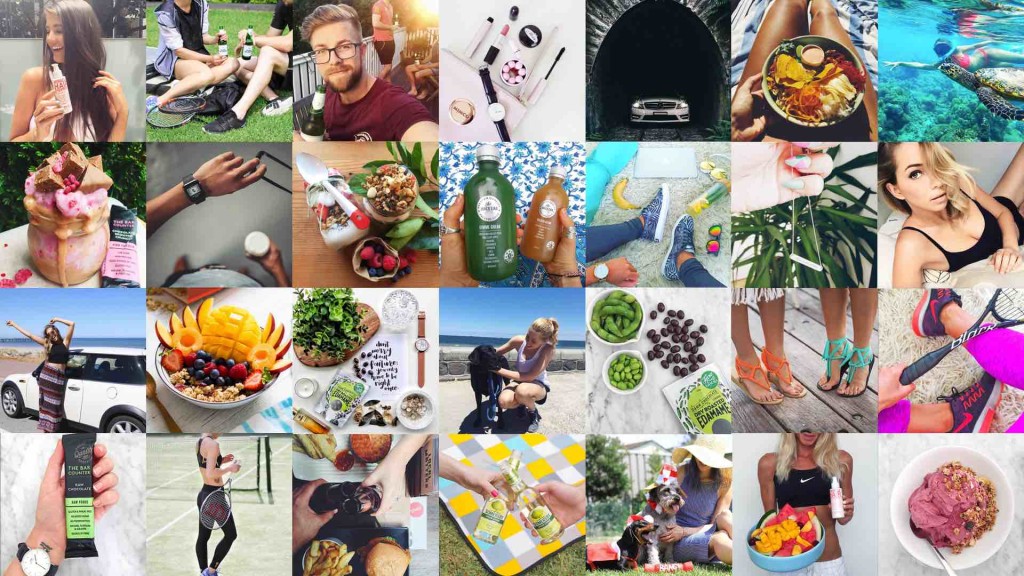 Lund explained that Tribe focuses on connecting brands with the second tier of social media influencers – those with 3,000-100,000 followers on one given platform. He labels this group “citizen influencers”.

About 85% of the content creators who have signed up to Tribe in the past six months have a strong presence on Instagram, Lund revealed. This is because the photo and short video-sharing platform has the greatest amount of reach and engagement, he said. Who doesn’t like beautiful pictures and videos?

“The size of an audience has no relation to the quality of content,” Lund stated. “A user with 3,000 followers can take a stunning photo and it could be more beautiful than someone with a million followers taking a photo,” Lund explained.

“There are more brands throwing those top-tier influencers money than the influencers who have the social real estate to be able to promote the brands on. Since they can’t post more, they charge more. But the return on investment decreases.

“Why pay one influencer $4,000 for one picture that goes to one million followers when you can get 20-30 citizen influencers for the same price?

“Not only is your reach far greater, but your engagement is also far greater. The smaller the audience, the higher the engagement, the more potent the influence and the conversation for the brand.”

Speaking about Tribe’s point of the difference when it comes to marketing on social media, Lund said: “Everyone approaches influencer marketing from an agency background. However, technology enables you to deal with 100 influencers with less energy than is required to deal with one influencer. Now you have scale, speed, and premium content at a fraction of the cost.”

Social media users have always been the mouthpieces for brands without realising, Lund pointed out. “We all have thousands of brands that we endorse as consumers… If you look through your feed you’ll see sunglasses, clothing, someone holding a drink or wine, or someone at a café.”

Tribe allows influencers with a minimum of 3,000 followers to earn income for promoting brands. Authenticity is a key part of Tribe’s practices when it comes to sponsored posts, Lund said.

“Influencers used to get paid by companies sending out free stuff, and they would do content with that. Now, they are able to fund their social obsession.

“We don’t send out free products because we believe if you don’t already own it or are not willing to buy it, how can you recommend that your tribe does?

Laws in Australia around sponsored posts on social media 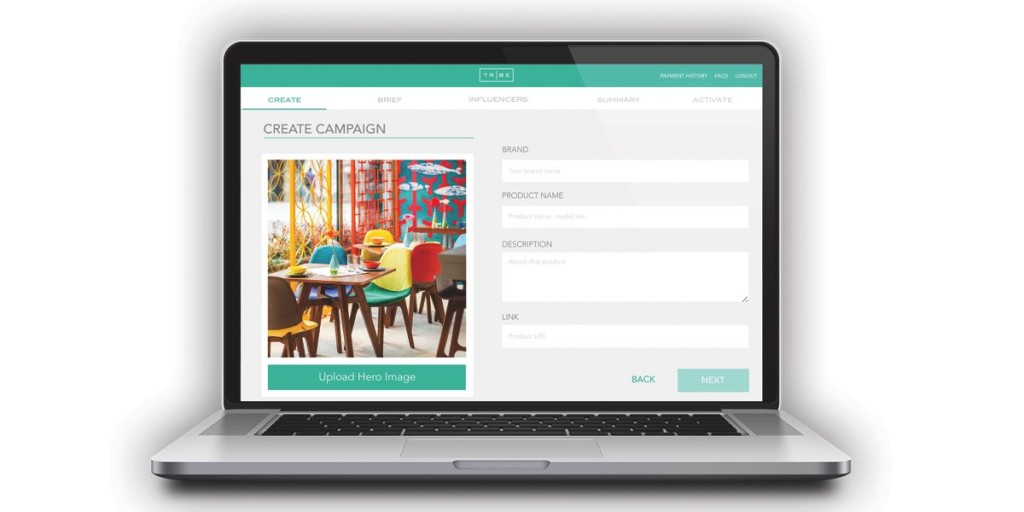 In the US and the UK it is a requirement by law that users explicitly declare when they publish paid posts. The users are required to write #ad (advertisement), #spon (sponsored) or #pp (paid post).

In Australia, there aren’t any regulations in place about this.

“There is no mandate in the country for mandatory disclosure… But we have met with the ACCC, because we believe in protecting our brands and our creators,” Lund explained to Mediaweek.

“We tell our influencers that if you feel the audience can’t determine or identify that a post is a sponsored post, then it’s best that you write #spon.”

Lund’s company Tribe has established a code of conduct for its members for marketing on social media. The company claims to be the first and only business of its kind in Australia to do so.

“The audience isn’t stupid,” Lund asserted. “The audience these days is savvier. There is a sense of media literacy.

“The greatest thing that keeps influencers accountable around authenticity is their tribes. If they push too many sponsored posts, or they promote competing brands, or the content isn’t native to their usual content, then they lose credibility with their tribe – influencers take that very seriously.

“Luckily, everyone is accountable to their own audience.

“[The rules laid out in Tribe’s code of conduct] are our requirements. We are a tech marketplace so can’t enforce those things, but talent agents and brand managers can. Sadly we don’t have the power to force people to write certain things.” 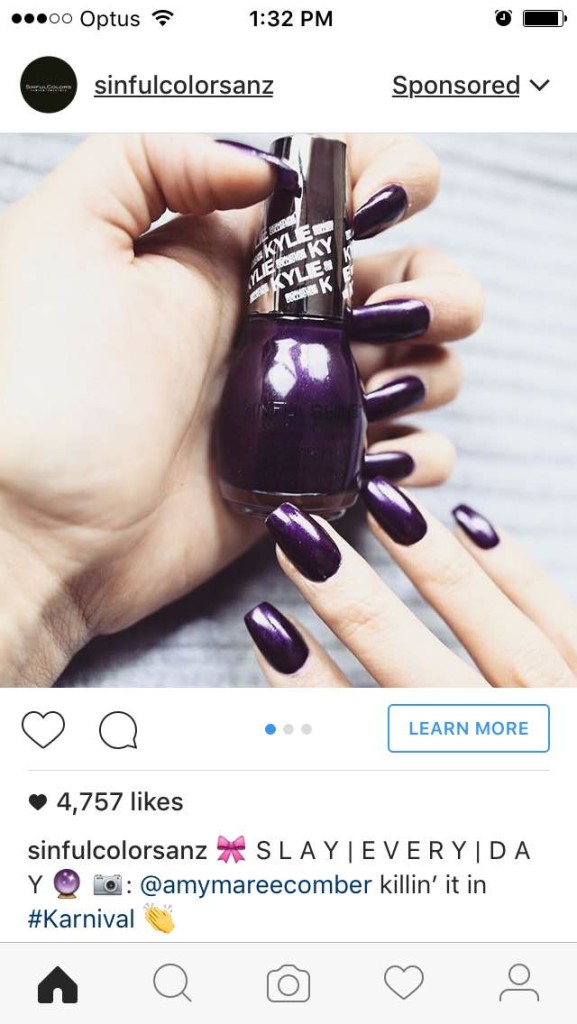 In 2013, Instagram introduced native advertising on its app in the US. With the introduction of this, brands could buy designated ad spaces on the brands’ mobile app. The brand imagery is assimilated into a user’s feed, but carries a label with it on the top right of a picture or video stating “Sponsored”.

Asked about which one in his opinion is more effective, Lund said: “What is most effective is that a brand is celebrated in an aspirational lifestyle setting. Social media is built on aspiration – that’s why we go to it. We want to see beautiful locations, amazing beaches, lifestyles that take us out of the norm of everyday life.

“It doesn’t matter if it is a paid advertisement through Instagram or if it is done under the profile of individuals – the most important thing is that the content delivers.”

Tribe is a tech marketplace, which allows brands to interact with influencers directly without a middleman.

It all begins when a brand uploads a campaign brief for a product and explains what they are looking to get out of it. They can specify any special requirements they may have. This post is open to all influencers that are members of Tribe. If an influencer finds a campaign appealing, then they can create and submit their content as a response to a brand’s campaign posting. In this stage, they can also submit the amount they will charge for the sponsored post. After this, the brand can reject, approve or ask for amendments before the sponsored post is published through an influencer’s social media platform.

According to Tribe’s code of conduct, the company asks its influencers to declare paid posts (See regulations breakout above).