The Academy Awards show won the week by a wide margin.

The Sunday night coverage of the annual Academy Awards show had its smallest audience in nine years. Nevertheless it was still an easy winner in the latest US chart for ABC network with nearly 33m viewers. ABC divided its red carpet show into three parts, the third of which rated #2 for the week with over 12m fewer viewers than the awards show.

NCIS and The Big Bang Theory at #4 and #5 were reliable performers in their regular timeslots, and at #7 CBS had an episode of Bull, TEN’s new Sunday night show in Australia. Further down the US chart that week just outside the top 20 was the season 3 finale of ABC’s How To Get Away With Murder. That season has yet to screen in Australia. 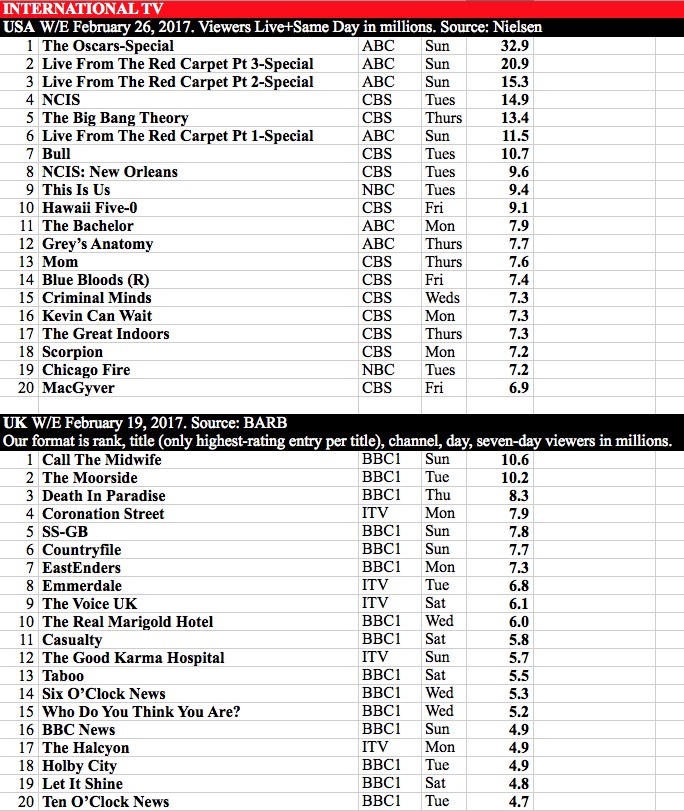