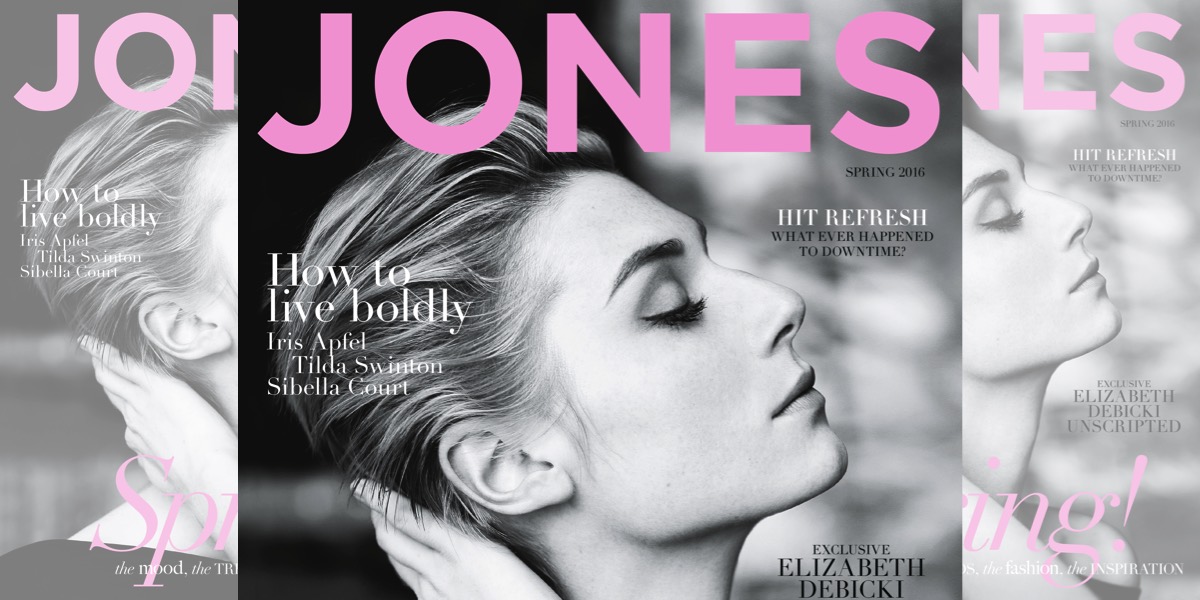 When Mediaweek last spoke to Deborah Bibby at the end of last year, she was celebrating 90 years of Bauer Media’s Real Living. Eight months on, Bibby is sitting outside a café in Pyrmont, Sydney, nestling a warm cup of tea between her hands, talking about the launch of David Jones’ new custom title Jones.

Bibby is the editor-in-chief of the quarterly Jones magazine and its app, both launching on August 15 and published by Medium Rare Content Agency. The challenges of editing a custom title are different from running a commercial magazine, Bibby acknowledged, before taking a sip of tea from her cup.

“The circulation is more than the combined circ of Elle, Harper’s, Vogue and marie claire. That was a big reason why I wanted to take this gig – the reach alone made me excited.” – Bibby

“I felt like a junior all of sudden,” she laughed. “I’ve been here a month now. It’s been surprisingly interesting in that you are still commissioning like you are in editorial – that is exactly the same. The only difference is that I am doing a lot more research per article, because I need to take my ideas to David Jones and run it past them – that is what I was scared of. I was imagining taking my folder of ideas to them and them going ‘no, no, no’.

“They’ve ticked everything off for the second issue and said, ‘Go for it.’ I thought they might be really involved and interweaved in it all, but no.”

LISTEN: Jones editor-in-chief Deborah Bibby talks about why she left Bauer Media after more than a decade

The biggest challenge for Bibby with the first issue, she said, was ensuring that all the prices listed in the magazine were correct.

Jones magazine has a guaranteed circulation of 250,000 copies. This more than other commercial fashion titles such as Harper’s Bazaar and Vogue Australia.

“The pressure of circulation is definitely gone,” Bibby said. “But there is still a pressure, because you still have to deliver.

“The circulation is more than the combined circ of Elle, Harper’s, Vogue and marie claire. That was a big reason why I wanted to take this gig – the reach alone made me excited.”

Unlike custom titles such as Coles Magazine and Woolworths Fresh magazine, which are available to shoppers for free, Jones has a cover price of $9.95. The magazine will have two distribution points: David Jones stores and selected newsagencies. Bibby agreed that to an extent Jones will be competing with other on-stand commercial magazines like Vogue Australia and Harper’s Bazaar for the readers’ eyeballs.

“It’s a premium magazine. It is really a reward for the loyalty of a David Jones customer. If you buy something in-store you will get the magazine,” she said. “Otherwise we have gone to a group of newsagents in premium areas to stock the magazine. I am hoping it sells out there.

“I definitely look at Harper’s and Vogue and hope that one day we are up there with those titles.”

Speaking about what the title brings to the market that isn’t already out there, Bibby said: “The magazine is foremost about fashion and beauty. There are also stories in there about living boldly and making difference.

“Long-form journalism has been missing the market. We are bringing that into Jones a lot, so people can have down time. Stop, have some time to read – have a moment for ‘me’.”

At launch, the Jones app will have content heavily promoting the magazine.

Bibby explained: “Apps are new to me in that I haven’t been involved in building one. Besides the technical side of things, it’s not very different to content. We are all content producers and it’s about creating great content. As we go forward with the app we will make the information shorter.

“The first week of the app will very much be about what’s in the magazine, but you can also buy and shop and it will have activation in there. We’ve also got exclusive hand-drawn emojis that you can tap on and paste into your emails.”

The content on the app will be updated weekly. The team will be working on an eight-week plan.

When it comes to the wider online strategy, Jones’ content will uploaded on the David Jones website under a tab called The Jones Blog.

Earlier in the year when Mediaweek spoke to Medium Rare Content Agency’s managing director Gerard Reynolds about Jones on social, he signalled that it was something that the company would be interested in doing.

The biggest mission for Bibby moving ahead is making sure that “David Jones is thrilled” with Jones, she said.