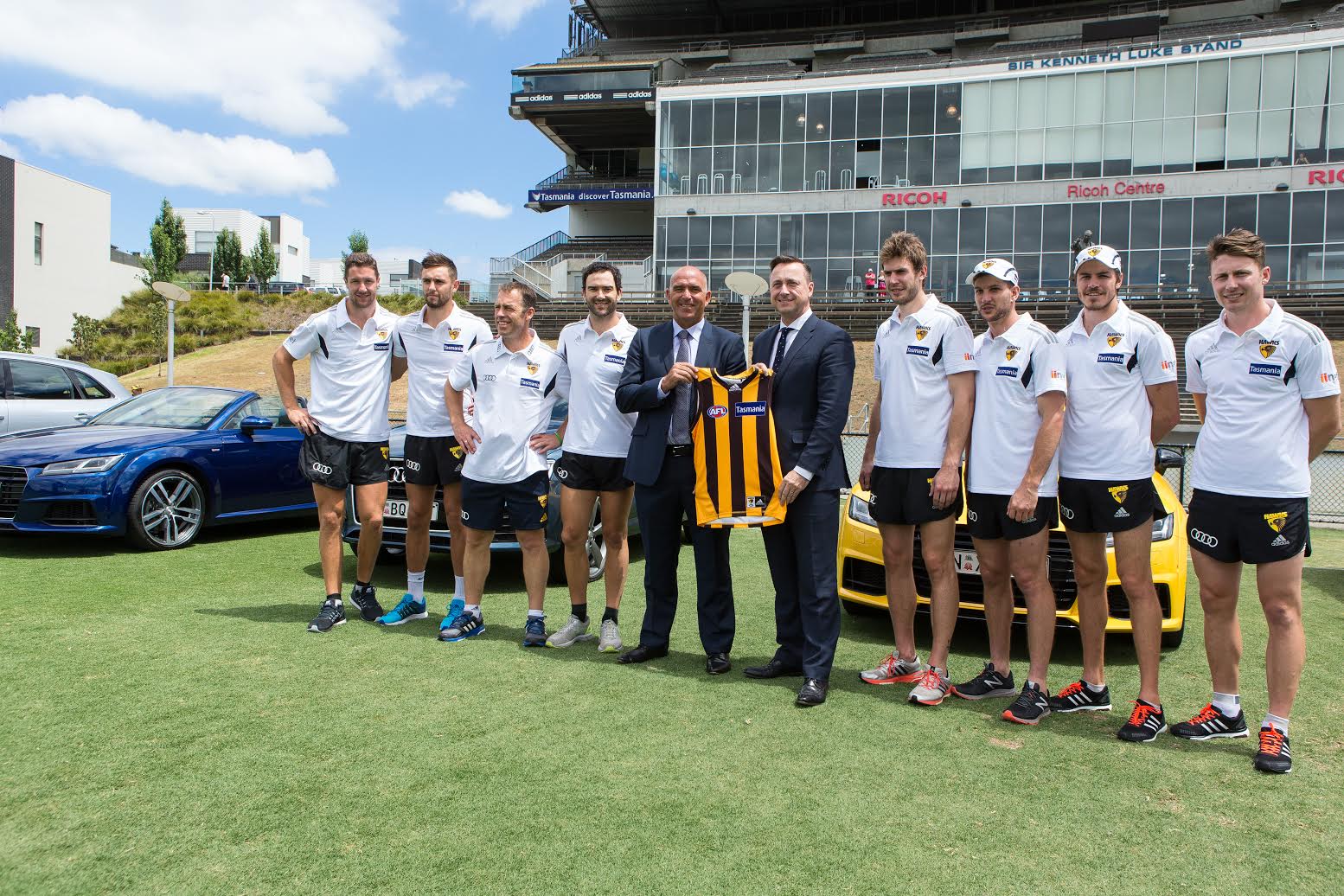 The commercials, featuring three of Hawthorn’s highest-profile players, have been created by ad agency 303 MullenLowe.

“We are incredibly proud of our partnership with the Hawthorn Football Club. Not only is it the first time we have aligned ourselves with a leading national sporting club in Australia, we are the only premium automotive brand in AFL. Hawthorn’s credentials and club philosophy were a major factor in our decision to sponsor the Club,” said Audi’s managing director Andrew Doyle. 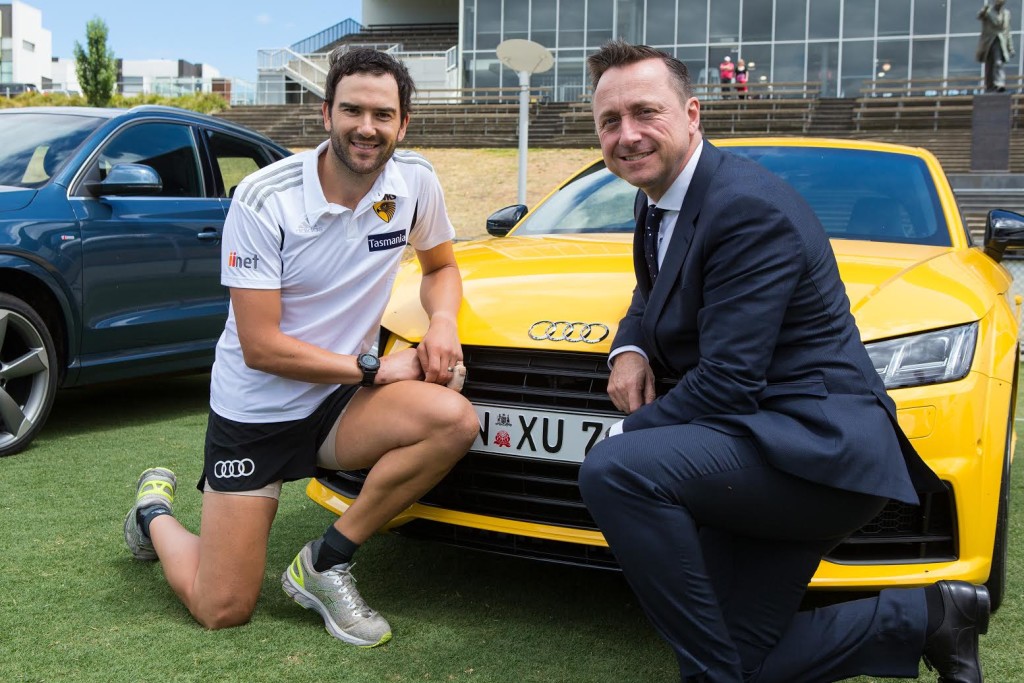 The TVC was created high above the streets of Melbourne’s CBD with the title “The Impossible Goal”.

Featuring Audi brand ambassador and Hawthorn vice captain Jordan Lewis, along with team mates Luke Breust and Isaac Smith, the TVC has players tasked with the challenge to kick a seemingly impossible goal from one rooftop to another, with specially adapted LED footballs, designed to be trackable against the night sky.

Directed by The Sweet Shop’s Noah Marshall, the TVC features the all-new Audi R8, which was flown to Australia from Europe exclusively for the shoot prior to its official release in Australia next month.

Audi also engaged with the Hawthorn faithful, inviting fans to be a part of the commercial, watching the action from Little Bourke Street.

“Greatness Never Rests” launches nationally on 6 May, 2016 and will be followed by a two-minute behind-the-scenes film, plus a series of online videos, which pit Hawthorn players against the all-new Audi R8.

The online films will run on YouTube and via Audi Australia and the Hawthorn Football Club’s social channels.