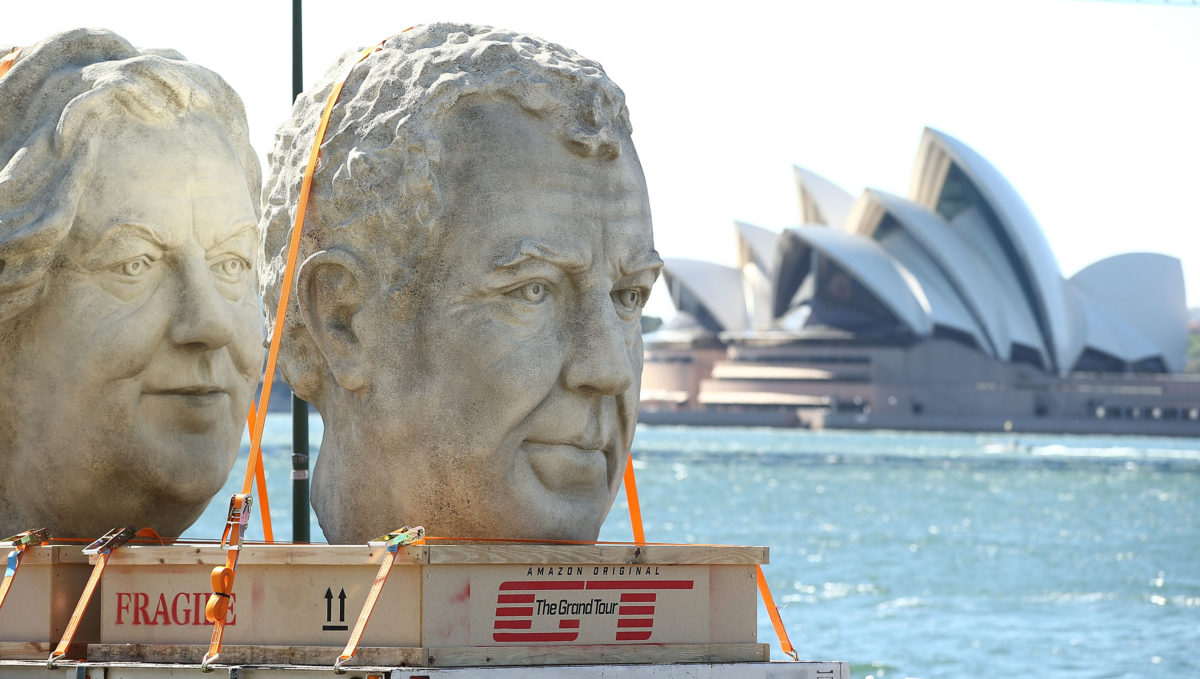 Jeremy Clarkson, James May and Richard Hammond are attracting a lot of attention in central Sydney today. The hosts of Amazon’s new motoring show The Grand Tour have turned up in Sydney in the form of stone statues.

The truck transporting the giant heads of the trio across Sydney just managed to clear the old rail bridge over Ultimo Road earlier, causing a few delays — in true Grand Tour style. 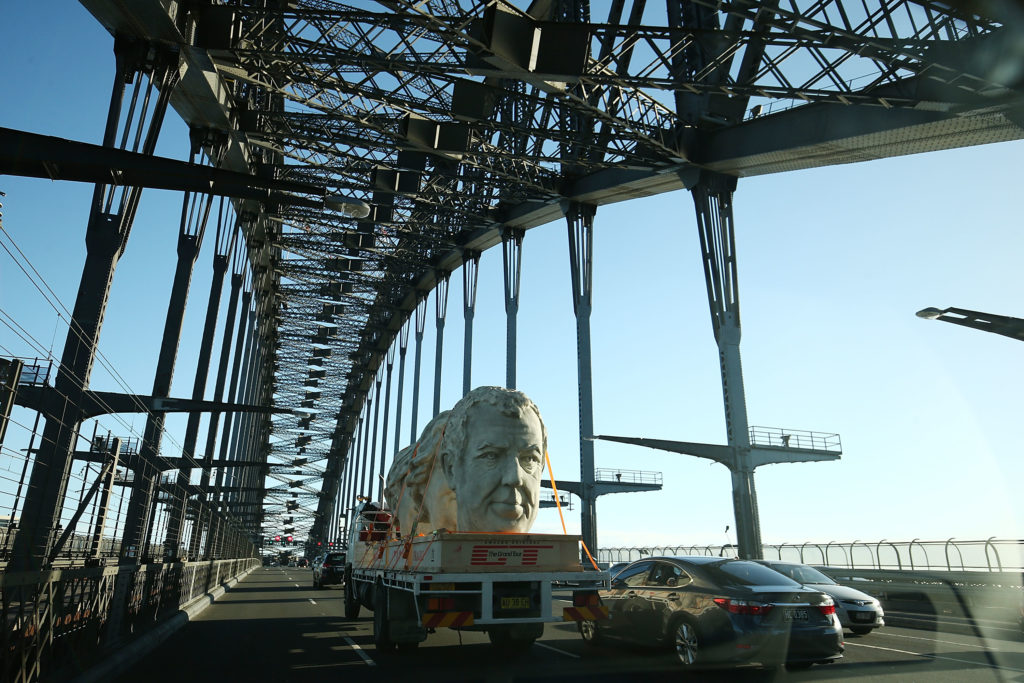 Speculation that epic statues were being erected near the Space Needle in Seattle USA, has since turned to Australia, with fans sharing their excitement and guessing where the final resting place of the statues could be.

Our photos show the heads en route to North Sydney across the Harbour Bridge and into North Sydney before stopping beside the harbour looking toward the Sydney Opera House. 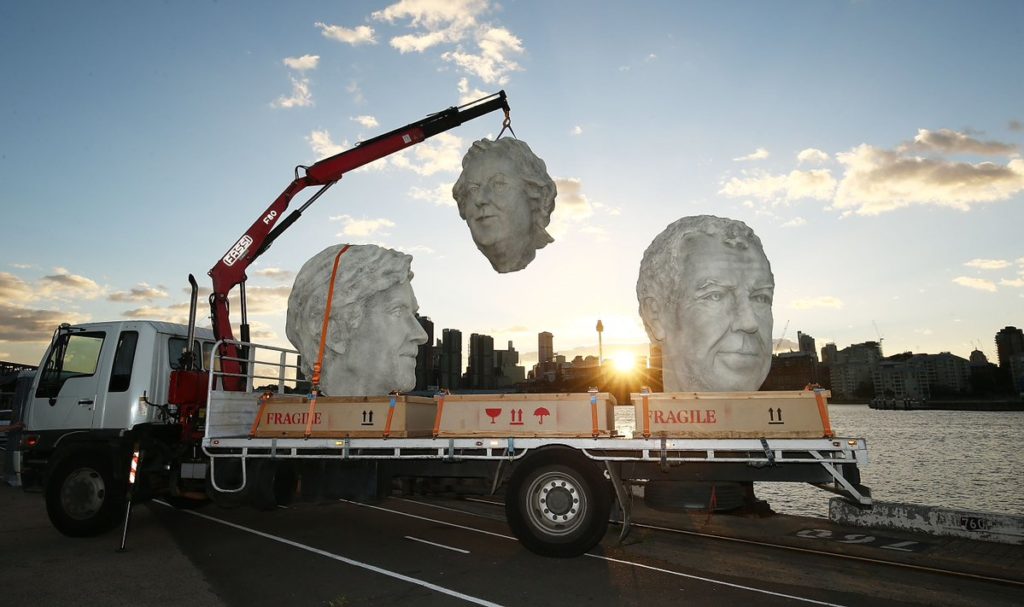 The fourth episode of The Grand Tour premiered today on Amazon Prime Video. Social media reviews suggest is the best episode yet this new season with highlights including a dig at former Top Gear host Chris Evans and a race that was started be The Grand Tour EP Andy Wilman. 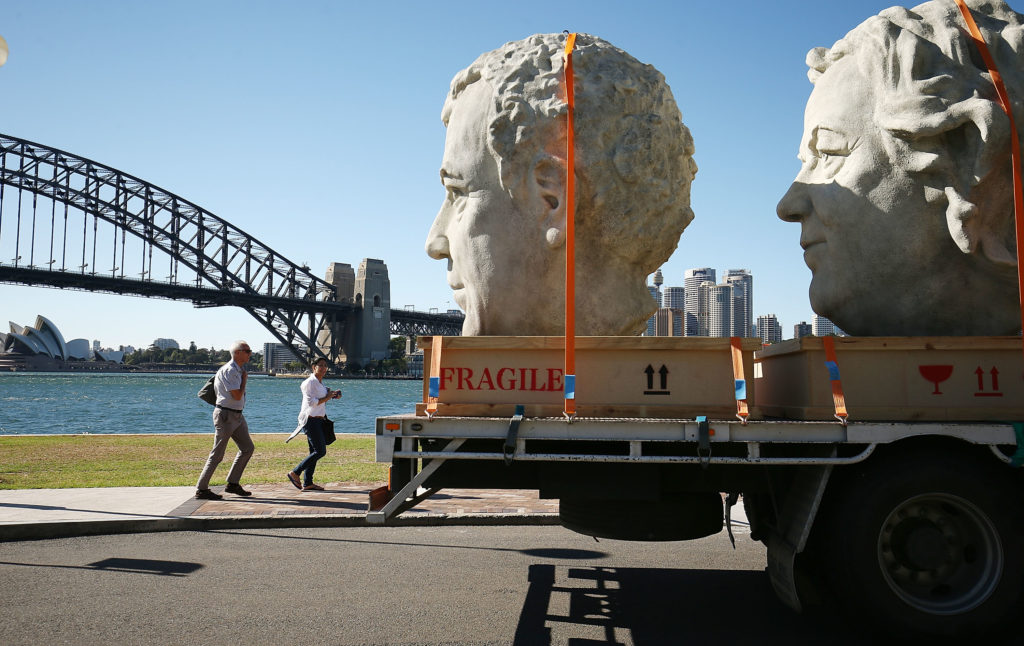 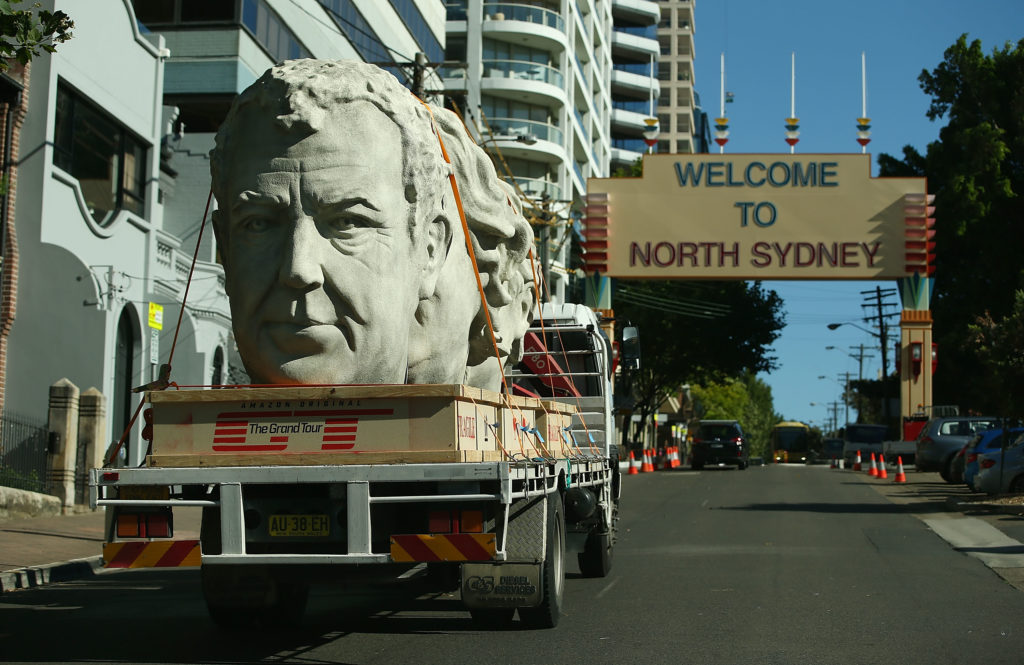