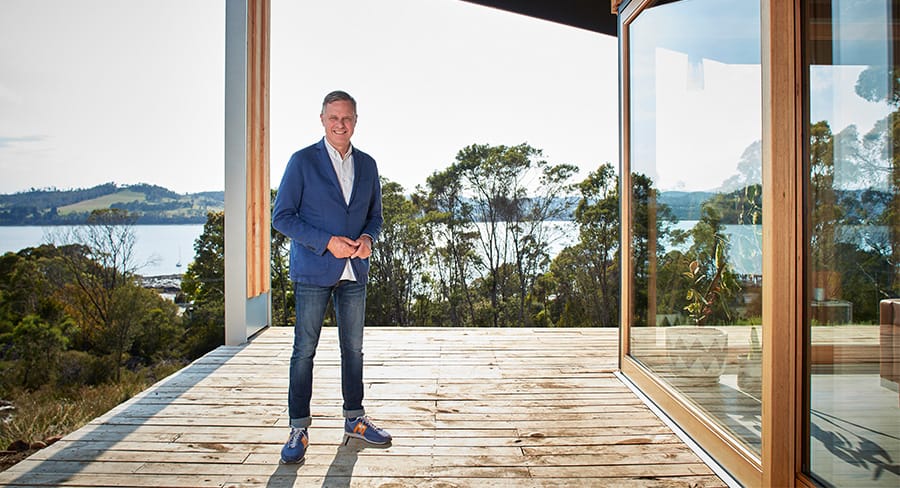 Host and multi award-winning architect Peter Maddison is back with the long awaited ninth series of Grand Designs Australia. This season, Peter follows eight new homeowners from all around Australia, all of whom are driven visionaries with a dream to change their lives and Australia’s architectural landscape.

Grand Designs Australia follows the journeys of these ambitious architects who have pushed their finances and their families to the limit in their quest to create remarkable one-off homes.

With budgets ranging from $210,000 to over $2 million, a record breaking seven-year build, and a heartbreaking build that went up in smoke weeks before the homeowners were due to move in.

“This series is about patience, tenacity and it’s about tragedy… Romeo and Juliet have nothing on this season. Ten years on and I continue to be amazed by these homeowner’s imagination, determination and bravery,” says Maddison.

“Being an architect is in my DNA and I find that there will never be an end to invention. The most important thing we put in our lives is our home, and this series is another example of the importance of the home and the ingenuity, inner strength and the conviction in design which drives them.”

From the design fanatic who spends seven years perfecting his radical extension to a heritage cottage on Sydney Harbour, to a young couple on a tight budget with plans to build an edgy house on Tasmania’s Tamar River, the common themes are innovation and determination.

Extreme design is a common theme, whether it’s a space-age Queenslander in Brisbane, a Mediterranean style concrete bunker in inner city Perth, a sandstone church with a radical copper box extension on the Hawkesbury River in NSW, or a tiny Hawthorn terrace transformed into an underground tardis.

But it is the Melbourne architects who convert a derelict junk yard into an environmental passive house who face the ultimate challenge, suffering years of hardship to build their dream home only to see it ravaged by fire three weeks before completion.