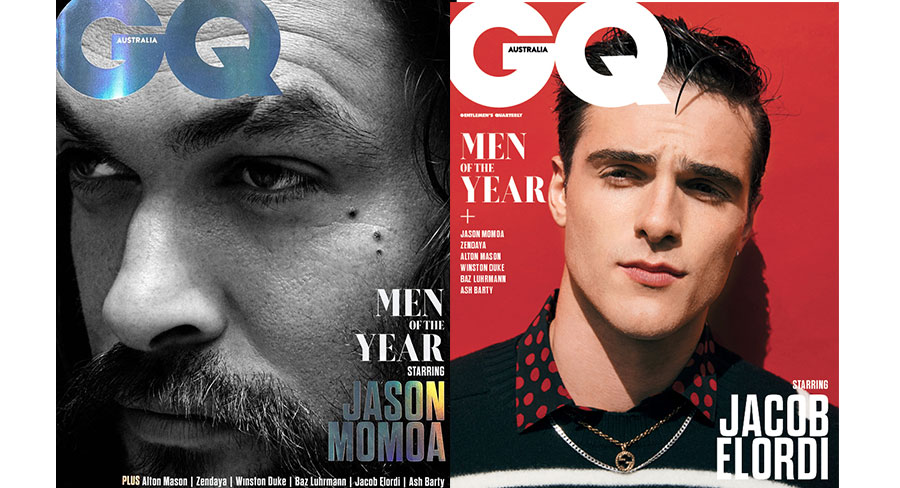 GQ Australia has celebrated the 13th annual GQ Men of the Year Awards presented by Audi.

Seventeen awards were presented at a black tie gala at the Hyatt Regency in Sydney with seven special digital covers revealed ahead of the special GQ Men of the Year issue going on sale on Monday December 2.

Some of the biggest international stars walked the GQ red carpet in Sydney including: GQ Woman of the Year Zendaya, recipient of The GQ Film Icon award Baz Luhrmann, GQ Model of the Year Alton Mason and GQ TV Actor of the Year Jacob Elordi.

Other guests included a who’s who of Sydney media with international visitors including Stan’s Joanne Froggatt (who is holidaying for a week in Australia before returning to the UK) and Essie Davis, Nova 969’s Wippa and Tom Ivey, actor Daniel MacPherson who is home for Christmas, sports stars Adam Goodes (who’s doco won a Walkley last night) and Dylan Alcott, 10’s Angela Bishop and Tommy Little, news.com.au’s Andrew Bucklow. ARIA chief executive Dan Rosen was out again, looking fresh despite his ARIA Week commitments.

GQ Australia editor Michael Christensen said: “The GQ Men of the Year awards presented by Audi champion the men and women who have excelled in their fields, reaching dizzying new heights in everything they do. In their own unique way, they have all used their work and their platforms to raise greater awareness for what they’re passionate about, and together they’re the role models for today and tomorrow.

“Few have had a bigger 2019 than Jason Momoa, Zendaya, Winston Duke and Alton Mason. But for me the real privilege of hosting these awards lies in giving the likes of HoMie, Song for the Mute and Matt Stone the praise they so deserve; or the trust bestowed upon us by Dan Sultan to tell his story the right way. To crown Ash Barty Sportsperson of the Year is a huge highlight, so too is recognising the nuance and societal relevance in Scott Marsh’s artwork. It’s been a privilege to collaborate with the brightest Aussie stars of the future in Jacob Elordi, Chris Pang and the cast of True History of The Kelly Gang, but special mention is reserved for Baz Luhrmann, to whom we owe so much for Australia being the creative, expressive and forward thinking country it is.

“Congratulations to all our winners, and huge thanks to presenting partner Audi, and supporting partners Grey Goose Vodka, Paco Rabanne, Qantas, Coach New York and R.M.Williams.”

Audi Australia chief customer & marketing officer Nikki Warburton said: “Audi is proud to continue its support of the GQ Men of the Year Awards. It’s one of the most prominent celebrations of the diversity of innovation and excellence we have in Australia, and as a brand, we applaud all those who are recognised. Congratulations to all this year’s worthy winners.”

Winners of the 2019 GQ Men of the Year awards presented by Audi: