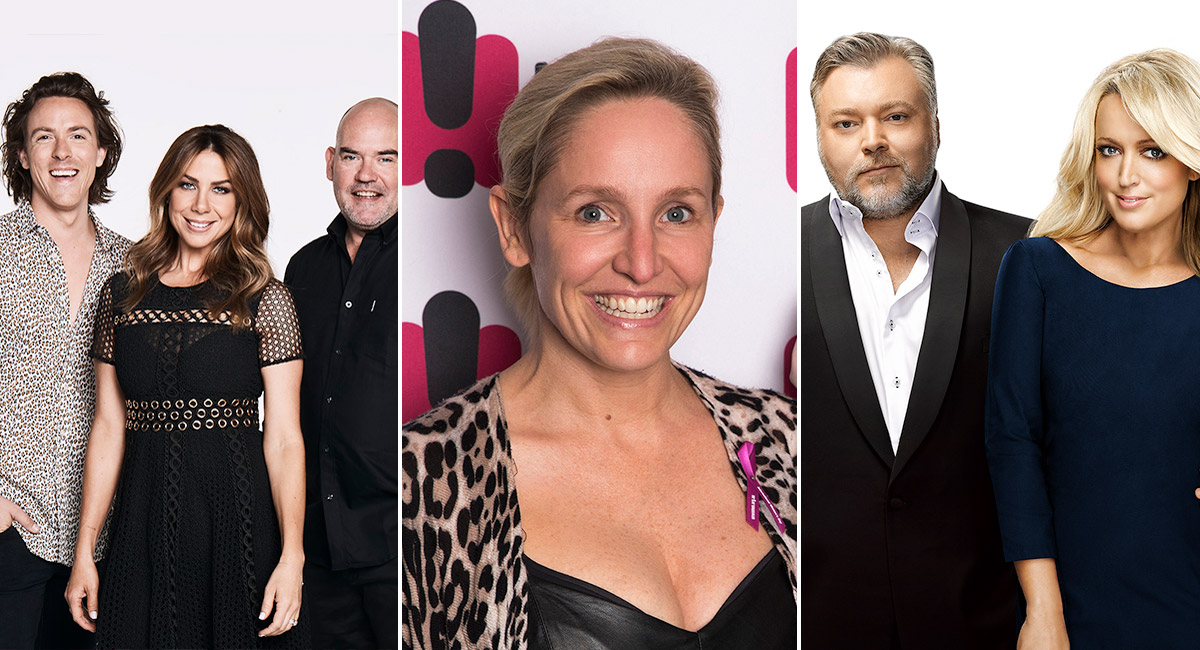 In the second-last radio ratings survey of 2017 the broadcast networks have noted their various highlights.

On the back of its best result ever, Australian Radio Network (ARN) takes out the position of #1 national network for the third consecutive survey this year.

ARN holds the #1FM station and breakfast shows in Sydney, Melbourne and Adelaide.

“Our results in Sydney are a clear highlight with KIIS 1065 producing a sensational #1FM result and Kyle & Jackie O reinforcing their breakfast success at #1FM with a 11.1% share. WSFM complemented ARN’s success being #2FM station and Jonesy & Amanda increasing their share as #2FM Breakfast show.

“We also saw a fantastic result for GOLD104.3 in Melbourne with both station and breakfast team, Jo & Lehmo #1FM. This was mirrored in Adelaide where Mix 102.3 remained #1 station overall and Jodie & Soda remained #1FM breakfast.”

ARN’s CEO Rob Atkinson said: “This survey we celebrate our best result in ARN’s history. This is a huge achievement and testament to the hard work and talent of the ARN teams across the country.

“Our ongoing dedication to delivering the very best entertainment for our listeners and commercial offerings for our clients has allowed ARN to be #1 in Sydney, Melbourne and Adelaide, and deliver significant growth in Brisbane and Perth.

“In addition to holding the #1 Network overall, ARN is also #1 for key target demographics – #1 for Grocery Buyers, #1 for 40-54 and #1 for combined Breakfast share across the country.”

With regard to smoothfm, Nova Entertainment calls the stations #1 FM combined in Sydney and Melbourne for grocery buyers.

The highlights for Nova include having Nova 106.6 Brisbane #1 overall and in breakfast, while in Perth Nova 93.7 remains #1 in breakfast and #1 in cume overall.

Nova 919 is Adelaide’s most-listened-to station in terms of cume overall and in breakfast.

The company is claiming to be #1 in Australia for all people 18-54 and 25-54. The calculation comes using the combined results of the hit and Triple M networks.

The biggest AM broadcaster doesn’t make any network claims, but it reminds advertisers Macquarie Media News Talk stations 2GB and 3AW are again the #1 stations in Sydney and Melbourne according to the GfK Survey 7 results.

“We are grateful the audiences of Sydney and Melbourne have again chosen 2GB and 3AW as their number one radio station. We are also very pleased that we have been able to earn further audience growth via 4BC in Brisbane and via our key programs on 6PR in Perth. It has also been terrific to hear our Talking Lifestyle promotion engage and reward so many listeners in Sydney, Melbourne and Brisbane.

“These survey results show that Macquarie Media radio stations continue to resonate with our audience and are the dominant destination of choice for the national metropolitan audiences to be informed, engaged and express themselves.”