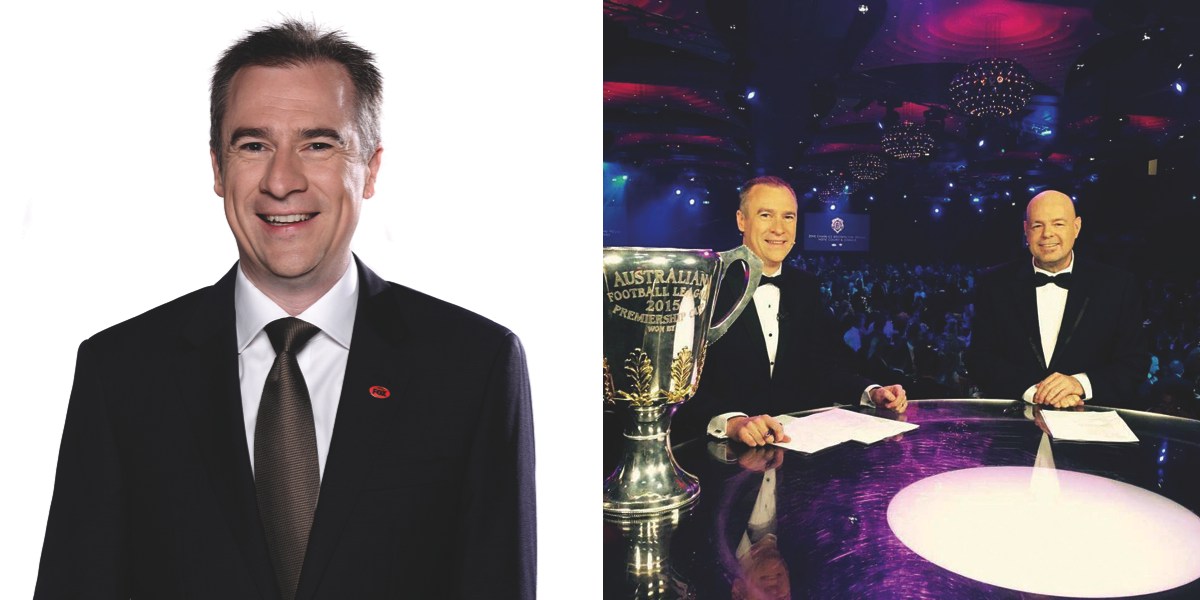 It’s not only the players that are under pressure during the AFL finals series. With higher ratings, the swelling ranks of AFL media have to perform at their best in what is a busy four weeks. That pressure steps up a notch in Grand Final week of course starting with the Brownlow Media Monday and ending with the Grand Final and post-game analysis.

Fox Footy’s AFL 360 has had another impressive year by any measure and we asked co-host Gerard Whateley on Brownlow Monday how he was handling the finals. “At the end of the season the pressure is helped by the quality of the footy and the myriad of issues and the storylines,” he told Mediaweek. “The Perth preliminary finals had so much riding on them and there was so much to talk about. The subject matter is compelling enough to get you through the final stages of an exhausting season.”

Regarding the ratings success of AFL 360 and the show’s content, Whateley explained: “It’s been a rewarding year. We have never had a footy season like it with so many turns throughout the season. It’s been a year nobody would have hoped for. What our show aims for is to be at the heart of football both for the good and the bad – for the great conversations about the way teams are going and how thrilling the footy is, and for the tough conversations when tragedy strikes. We aim to have the right level of fun to match the seriousness along the way.”

AFL 360 added some new contributors this year, with the coaches panel confirming itself as one of the must-watch segments in a sea of AFL media every week. “Nathan Buckley has been so outstanding,” said Whateley. “His combination with Paul Roos has been enlightening. Every week we learn something and everyone watching adds to their knowledge as well. Essendon’s Brendon Goddard had a difficult year and on many nights he spoke right from his soul and was able to share how difficult it was and how unforeseen the circumstances were. He ended the year telling us it was his toughest ever, but he fronted for us every week.

“No one would underrate [former coach] Mark Thompson’s sense of humour any more. The Bomber Diaries was so much fun. The idea was simple. His press conferences as coach were the highlight of the previous season. We thought we’d put him back in that mock press conference scenario and throw anything we could at him. He is devilishly funny and he enjoyed giving as good as he got along the way.”

Of his relationship with co-host and Herald Sun chief football writer Mark Robinson, Whateley reminded us of the concept of the show: “To get two people who have nothing in common in life outside of football and let them talk football. It is very pure. Our relationship is on screen.

“Those conversations are very real. Robbo doesn’t understand my life, I’m a father with three kids and pretty dull, and I don’t understand his life. The great beauty of footy is that it draws us together as it brings many people together from all walks of life.”

Both Whateley and Robinson have busy lives away from their Fox Footy commitments and they don’t get to see each other much except at 7.30pm weeknights. “That is quite deliberate because we want that spontaneity. We have very different lives and we rarely socialise. When he asks me about my family on air that is the first time we would have spoken about it. Robbo doesn’t understand how I am rarely in charge of the remote control with a wife and three kids. At his house he is the master of his domain. We like to play that out on air because it is true to who we both are.”

Whateley packs in a lot during the year and not just through the winter months.

When Mediaweek last spoke with him he was promoting a book about Black Caviar. That has now had four separate editions including a $60 coffee table edition and an updated paperback earlier this year that included details about the birth of the first Black Caviar foal.

Whateley can also be seen on TV at the ABC where he hosts Offsiders on Sunday mornings. “It has had its highest-rating year starting at 10am. There is no doubt we have benefited from having Insiders as a lead-in.”

On radio Whateley leads the Grandstand AFL radio team that also keeps him pretty busy. “We have had a great band together there to try to find the meaning of all the issues this year. It’s been a season that certainly takes over your whole life for the footy months. You check your life in at the start of the season and you get it back at the end.”

Grand Final week for AFL 360 started at the Brownlow Medal with a show from inside the room pre-count and then headed to the AFL live site at the MCG for programs on Wednesday, Thursday and Friday nights.

The last-ever show for 2015 is on Monday night to analyse what happened at the game.

Although his focus then moves towards the Spring Carnival, Whateley said he will sneak in some days off in October to help him prep for Melbourne Cup Day.

As to what he has planned after the racing finishes for the summer, we wondered if he might have another book in the works.

“I will give you a cryptic answer…not that I can say just yet. I have an idea which I might spend the summer working on.”

• The James Hird interview was a really significant night. It was the first magazine show interview he had done since the drug investigation started. It made for some tense TV

• Mick Malthouse spoke with me two days after he was sacked

Photo: Gerard Whateley (L) and Whateley with co-host Mark Robinson at the AFL Premiership Cup at the Brownlow (R)