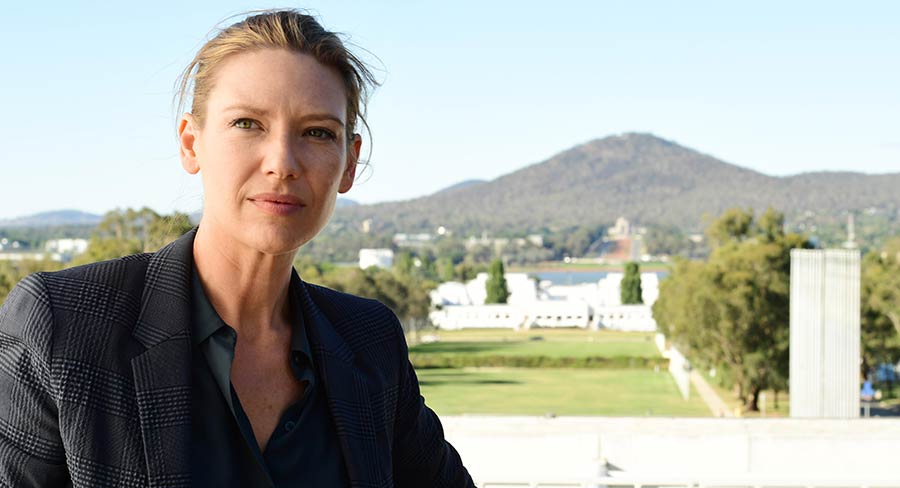 Secret City: Under the Eagle, the second instalment of the critically acclaimed high stakes political thriller returns, with all six episodes released to stream on Foxtel from Monday March 4 at 8.30pm AEDT and also available to screen each week on Fox Showcase.

Secret City: Under the Eagle picks up with Harriet Dunkley (Torv), not long out of prison and unwittingly ensnared in a military and political cover-up with Catriona Bailey’s (Weaver) fingerprints all over it. Harriet’s search for the truth leads her back into Canberra’s corridors of power, this time working for a maverick Independent MP (Cormack). What she unearths is a military program so secret not even the Prime Minister (Hany) is aware of it and begs the question of who is really running the country?

Secret City: Under the Eagle is directed by Tony Krawitz (The Kettering Incident, Devil’s Playground) and Daniel Nettheim (Doctor Who, Broadchurch).

The first series of Secret City was inspired by the best-selling novels The Marmalade Files and The Mandarin Code, written by political journalists Chris Uhlmann and Steve Lewis who join this series as story consultants.

Secret City: Under the Eagle is a Matchbox Pictures production for Foxtel, supported by Create NSW and Screen Canberra. NBCUniversal International Distribution will distribute the series worldwide.