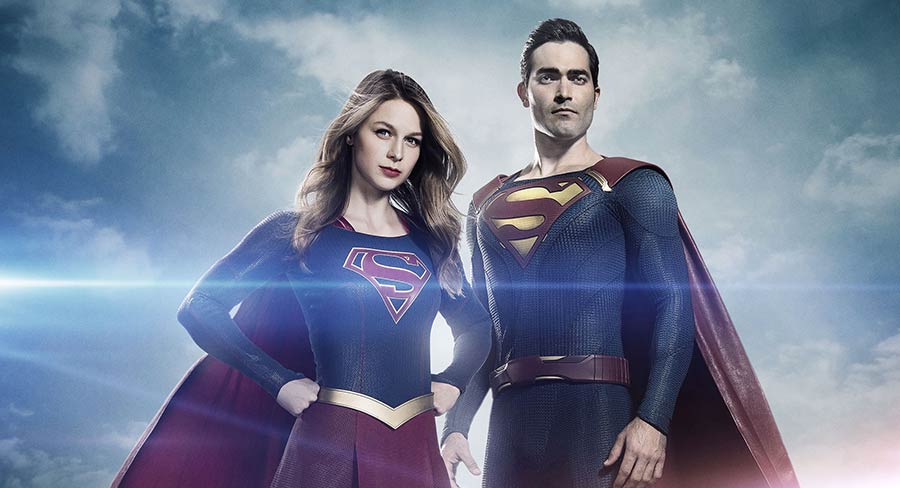 Supergirl will return to face one her biggest challenges in DC Comics history.

• Superhero summer: Episodes express from the US plus special events coming too
• DC Comics’ Supergirl, DC’s Legends of Tomorrow, Arrow, The Flash and all new episodes of Marvel’s The Gifted

Foxtel has just announced that FOX8 will lead its primetime lineup of action-packed entertainment for Spring/Summer 2018, with express seasons of DC Comics’ Supergirl, DC’s Legends of Tomorrow, Arrow, The Flash, and all new episodes of Marvel’s The Gifted, airing back-to-back from October, every Monday, Tuesday and Wednesday night. Also premiering in October are two of television’s biggest action drama series S.W.A.T. and Chicago Fire, along with a brand new season of Spartan: Ultimate Team Challenge on Thursdays, and one of the world’s most popular awards ceremony The 2018 American Music Awards, on October 10.

Starting Monday October 15 at 8.30pm, Supergirl will return to face one her biggest challenges in DC Comics history, after being split in two during season three’s jaw-dropping finale. Season four of Supergirl promises to be full of more surprises and big revelations with the arrival of DC Comics’ first transgender superhero Nia Nal, aka Dreamer, played by transgender activist Nicole Maines.

Cult favourite Arrow, now in its seventh season, will premiere Tuesdays from October 16 at 9.30pm and, in the new season, Oliver Queen will come face-to-face with many of the criminals he placed behind bars, as he makes a new home for himself at Slabside Maximum Security Prison. Teaming up back to back with Arrow from Tuesday October 23 at 8.30pm will be DC’s Legends of Tomorrow. In the season four premiere, The Legends must join everyone’s favourite demonologist, John Constantine, to set history back on track after being infected with Fugitives – magical creatures from myths and fairy tales.

Fans of The Flash were given a huge glimpse into the new season storyline when the much hyped “mystery girl” revealed herself during season four to be Nora West-Allen, aka Barry and Iris’s speedster daughter. All of her secrets will finally be revealed when season five of The Flash premieres Wednesday October 10 at 8.30pm.

All new episodes of Marvel’s The Gifted will premiere on the same night at 9.30pm, and will continue the story of a suburban couple whose ordinary lives are rocked by the sudden discovery that their children possess mutant powers. On Thursdays from October 4 the action-packed reality combat series Spartan: Ultimate Team Challenge returns for its second season with a double episode premiere at 8.30pm. Six teams, consisting of five racers each, compete against one another on a mile-long obstacle course with mud, barbed wire, and a slip wall to see who will make it to the final round of the competition in six weeks and take home the $250,000 prize money.

The X Factor: UK, starring new superstar judges Robbie Williams and Louis Tomlinson will continue in its primetime slot at 6.30pm every Saturday and Sunday night, and will lead into the highly charged, crime-fighting drama series, S.W.A.T., from Sunday October 7 at 8.30pm. Season 2 will pick up from the events of last season which saw Officer Jim Street (Alex Russell) plotting revenge after being expelled by Sergeant Hondo (Shemar Moore) for disobeying orders. Following straight after, the firefighters, rescue squad and paramedics of Chicago Firehouse 51 will forge headfirst into danger, in all-new episodes of Chicago Fire (October 7 at 9.30pm). October on FOX8 will also see the return of the world’s largest fan-voted awards show, The 2018 American Music Awards, premiering live and first at 11am Wednesday, October 10. Known for its memorable, buzz-worthy moments, this year’s AMAs are tipped to pay tribute to the late Queen of Soul, Aretha Franklin, while honouring artists in multiple musical genres.

FOX8’s lineup of premium entertainment will continue in November, kicking off on Sunday November 4 at 7.30pm with season four of the workplace comedy series Superstore, followed by the brand new American sitcom Single Parents at 8pm. The hilarious, half-hour comedy drama, starring Gossip Girl’s Leighton Meester, will follow a group of single parents who form their own support group as they start dating and begin new relationships.

And airing over three massive nights in December – December 10, 11 and 12 – the DC Universe intersects in the highly anticipated DC crossover event between three of DC Comics’ most popular shows: The Flash, Arrow, and Supergirl. Australian actress and rising Hollywood star Ruby Rose will star as the newly cast, lesbian superhero, Batwoman. Armed with a passion for social justice and a flair for speaking her mind, the out and proud iconic character will fight for justice on the streets of Gotham to bring an end to the failing city’s criminal resurgence.