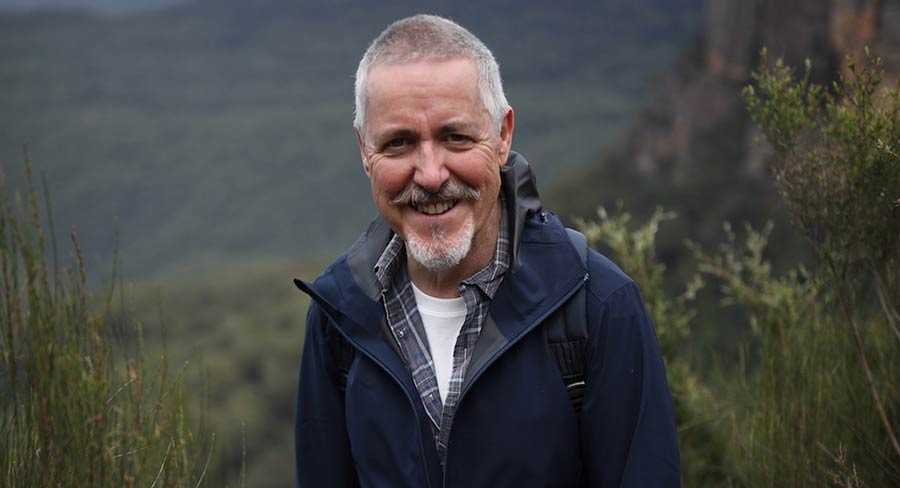 • International sales of both titles are being handled by Kew Media Distribution.

Following the recently announced 6 x 1 hr series Griff Off the Rails: Down Under – in which Rhys Jones explores the Australian continent through its iconic railways – a second, four-part series called Griff’s Kiwi Adventures has been commissioned by Prime in New Zealand and will be produced by Essential Media Group NZ, a new Wellington-based joint venture with Libertine Pictures.

International sales of both titles are being handled by Kew Media Distribution.

In Griff’s Kiwi Adventures (4 x 1hrs), Rhys Jones explores modern day New Zealand: discovering what it means to be a New Zealander today, by meeting the locals, experiencing the epic landscapes and witnessing first-hand the impact and relevance of traditional Maori heritage. The journey starts in the Bay of Islands at the top of the North Island and travels all the way to Fiordland at the base of the South Island.

Griff Rhys Jones, who also writes a travel column for the UK’s Telegraph newspaper, is known for his love of trains, rivers and waterways through programs such as Slow Train Through Africa and Three Men in a Boat.

Essential Media’s general manager for ANZ Brendan Dahill said: “Essential Media has enjoyed a long and successful track record of producing top quality shows for the New Zealand market – and this has provided us with a platform to formalise our commitment to production in New Zealand. We are thrilled to be building on our relationship with Griff Rhys Jones to create two very distinctive series that will offer viewers around the world an entertaining outsider’s perspective on life Down Under.”

On the opening of Essential Media Group NZ, Libertine Picture’s managing director Richard Fletcher said: “Libertine Pictures is delighted to be joining forces with Essential Media to share expertise and build a new and exciting New Zealand production company. It is fitting to kick off the new venture with such an entertaining and distinctive take on New Zealand. We are looking forward to working with a partner with the depth of experience of Essential Media and such a recognised talent as Griff Rhys Jones.”