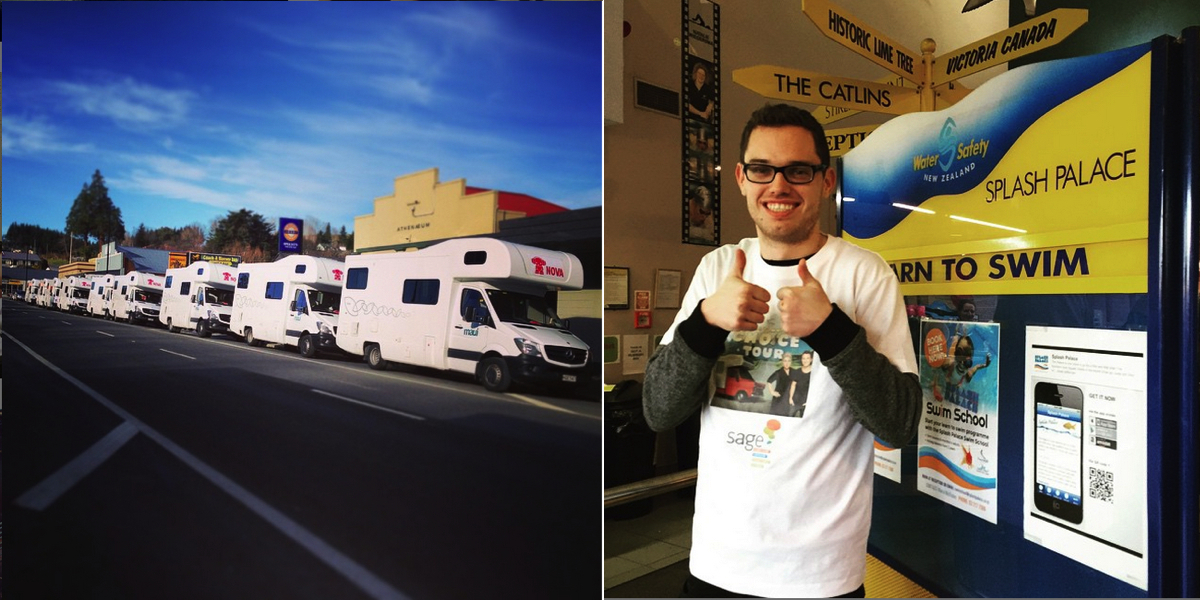 Radio Live was the Thursday home of Nova 100’s Meshel and Tommy. The Melbourne FM radio breakfast hosts were broadcasting from the Invercargill radio station on day four of the Choice Tour around New Zealand’s South Island.

During its first hour on air, and then for part of the second too, the program was pretty obsessed about Invercargill’s Splash Palace swimming pool where a serial pooper was at work earlier this year. Nova’s Smallzy also got involved somehow too when he was used in a hypothetical for a “Would You Rather” segment. Meshel and Tommy were intrigued by the “code brown” mystery where poos were found floating in the water on seven consecutive Fridays. During their investigations this morning, they uncovered a similar crime in Queenstown where a copycat crapper seems to be on the job.

Other guests on the show today included Morgan Freeman.

The Nova campervan convoy today drives from Invercargill to Queenstown.