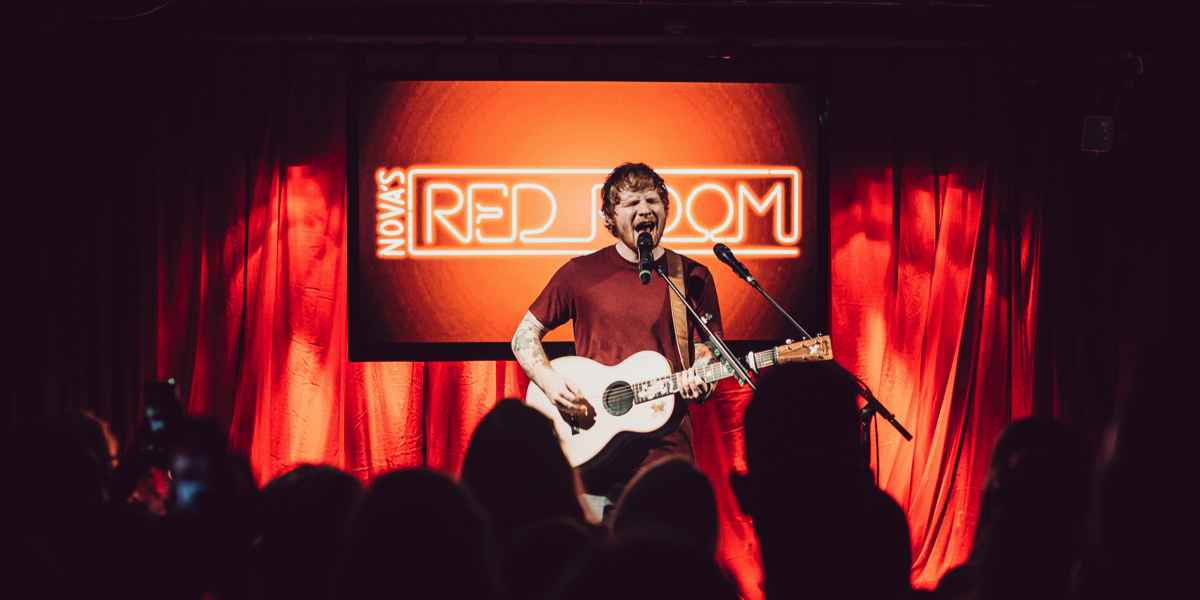 Busiest day yet on the tour for the 50 Aussies who have flown halfway around the world for the first Red Room. But before there was music there was beer. And no better place to sample it than the Guinness Storehouse in Dublin which not only dispenses the brew but features a comprehensive tour and explanation of the brewing process and runs a pretty big merchandise operation too.
Joining the tour party after arriving in the night before from Adelaide were Nova’s Lewis & Lowe breakfast team (Dylan Lewis, Shane Lowe and EP Tim Verrall), who were on the trail of Ed Sheeran to present a petition to him to come to Adelaide during his forthcoming Australian tour. No spoiler about what happened, but be listening to their breakfast show when they return.

The secret venue where the world’s biggest artist would be playing for Nova was Whelan’s on Wexford Road which is perhaps the finest music pub in the Irish capital.
Supporting Sheeran was Jamie Lawson who was the first person signed to Sheeran’s new music label. Lawson was introduced by the evening’s MC Smallzy before Lawson played a handful of tunes in 30 minutes, forgetting the words to one which amused him as much as the audience. The highlight was his hit single “Wasn’t Expecting That”.
After Smallzy pumped up the already-excited audience Ed Sheeran took to the stage and started pumping out his greatest hits, later telling the audience he might be veering off the set list a few times and perhaps staying longer than he should. Sheeran was in Dublin in between playing the biggest shows of his career – the arena venues of London’s Wembley and Dublin’s Croke Park. Sheeran extended a 40-minute set to just short of an hour-and-a-half. Earlier in the night he’d done interviews with The Daily Telegraph‘s Jonathon Moran and Nova’s Smallzy and then posed for photos with what must have been most of the travelling tour party. At the end of his set he thanked the visitors who had come so far to see him. 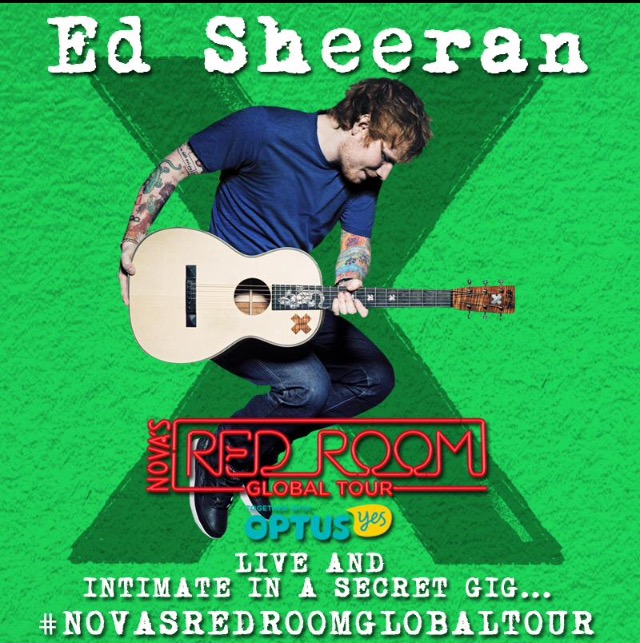