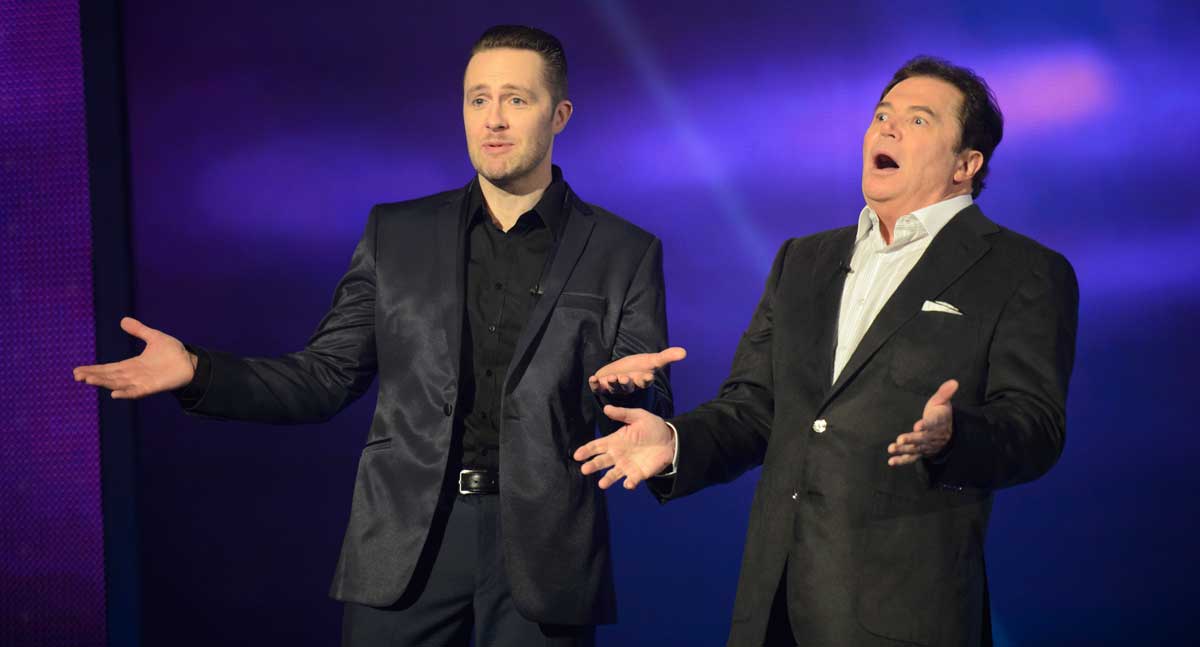 Stuart Clark believes he is onto a winner with the new series You’re Back in The Room – a hypnotism game show hosted by Daryl Somers. Serving as the executive producer for Nine on the Fremantle Australia production, he quickly saw the show was working: “I’ve been doing this stuff for 38 years. When the old, jaded, grumpy production crew – the cameramen and everyone else – actually laugh and say this is funny, it makes me feel like we’re onto something. They’re always the hardest people to sell. That to me was a good sign.

“Will people watch it? I hope so. I hope people give it a chance.”

And a chance they gave it. The first episode received an audience of 1.15 million viewers, coming second for the night.

“It’s hard these days. People are very quick to be negative on everything. Getting people to be positive about shows is really hard. I think the hardest thing in terms of launching this show is not the show itself, but getting people to say, ‘It’s Daryl, it’s new, it’s funny, I’m going to give it a crack.’ Hopefully, people will see the freshness of that and do that.

“Nine, for good or bad, managed to secure the rights to it and away we went. I love the show. It’s enormous fun,” Clark said.

While he came to it as a hypnotism sceptic, Clark was won over by the format itself and its unique use of a prize pool of money to keep the format honest. Watching contestants fail at simple tasks which prevent them from winning money due to hypnotic suggestion obstacles is proof positive that the hypnotism is genuine.

This, Clark explained, is why the format does work: “The main thing is that most hypnotism shows are done in a format like The Footy Show or similar ilk where audience members get up and they make them cluck like a chicken. Then people ask whether it’s real or not real. It’s very much a grey area. The difference is this show has people playing for money, so if they weren’t hypnotised, they wouldn’t allow themselves to lose money.

“When I sat down and watched the process, I realised it was real. I was like everybody else and thought you’re like a walking zombie. But it’s quite different to that. Everyone is quite awake. It accentuates all your senses and your conscious mind. As one of the contestants described it, it’s like sneezing. You know you’re going to sneeze. You don’t want to sneeze, but you can’t stop it. It’s very interesting.” 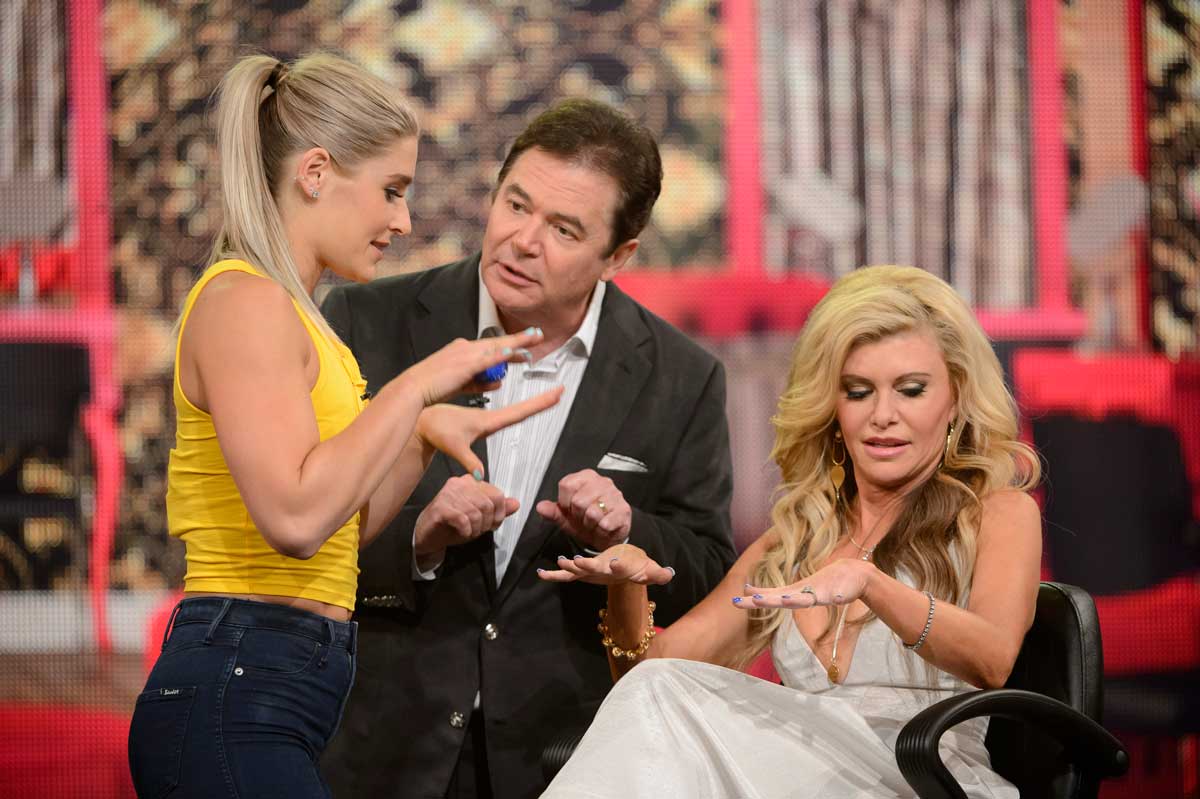 Clark admitted that he wasn’t the only sceptic initially. Series host Daryl Somers also came to the program as a sceptic. Once he saw the format at work, however, he realised there was something to the show. Approached to host the show midway through last year, he saw the show was very much in line with the family-based fun he likes to revel in.

“He got right into it. Some of the [hypnotic] triggers have people playing tricks on him, which is funny because he’s a pretty straight-laced guy. I found him to be incredibly warm, charming, and open. For him, it’s a great vehicle,” Clark reported.

Having Somers as the host of the show is a key ingredient to the show’s success. As a fun, party show, the format requires a host who is upfront without any underlying cynicism.

“There are certain Australian performers and presenters who are like a comfortable old friend. Daryl is a bit like that. He was a natural fit. It’s not like a new host where you’ve got to build their personality and have the audience understand who they are on top of explaining the games and everything else. With Daryl – very comfortable. People know who he is. He’s a thorough professional. He’s funny and he’s very quick.” 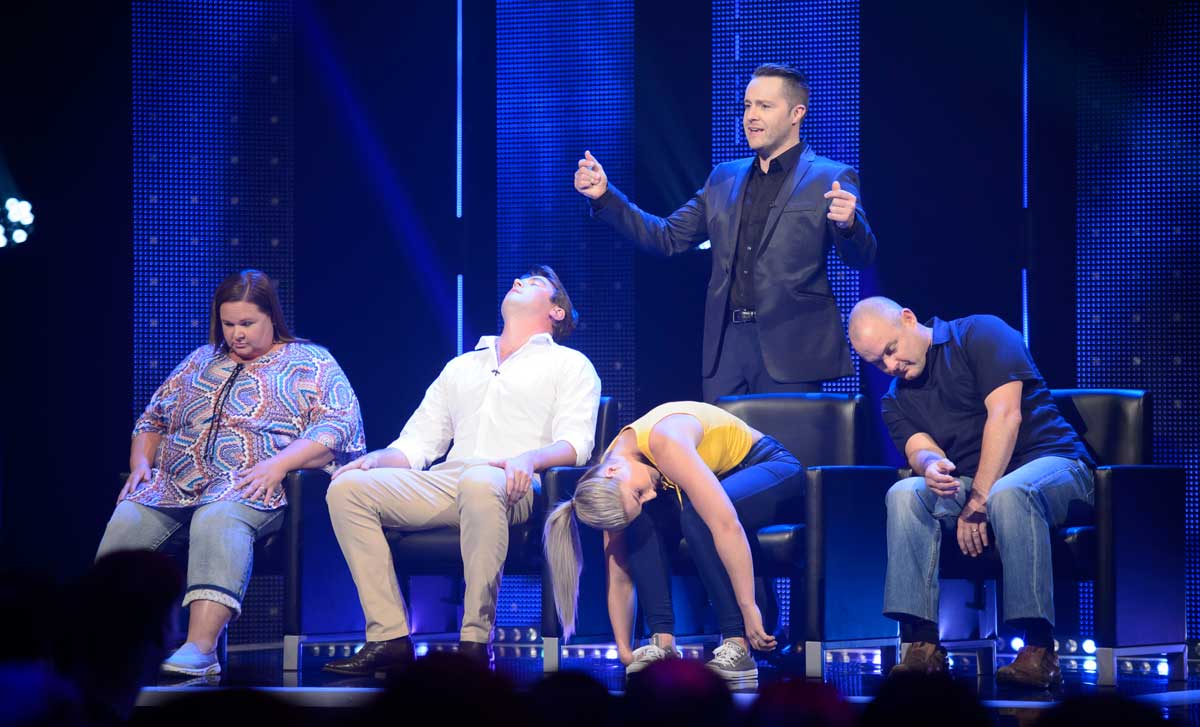 Along with Somers hosting, the show also makes use of hypnotist and mentalist Keith Barry. Barry works with the contestants on the show to have them achieve a deep hypnotic state that is like a waking trance. The process reportedly takes several hours.

With an extensive career behind him, Barry is also quickly able to tell if a contestant is faking a hypnotic state through various triggers and processes. Barry also has a very strong familiarity with the format, having worked on its original UK production, which has just finished shooting its second series.

In addition to the local production, a version has also been made for France, with Colombian and Slovenian networks also embracing it.

For industry veteran Stuart Clark, the production offers an opportunity to try something different professionally. He has had an extensive career, working on high-profile series like Farmer Wants a Wife, RBT, The Biggest Loser, The Block, Backyard Blitz, and four Olympics telecasts. You’re Back in The Room has been great for Clark to stay energised.

“Being show-makers, we’re like children. We have a limited attention span. New things and new challenges excite us. Going from something which is really heartfelt with a beautiful cast of real people, which Farmer Wants a Wife was, to something like this is great. My mind is fresh. I come at it with a fresh perspective, excited and pumped up. I feel blessed and lucky every day that I get to work in this business.

“It’s a hard business,” he said.
You’re Back In The Room airs on Nine at 7pm Sundays