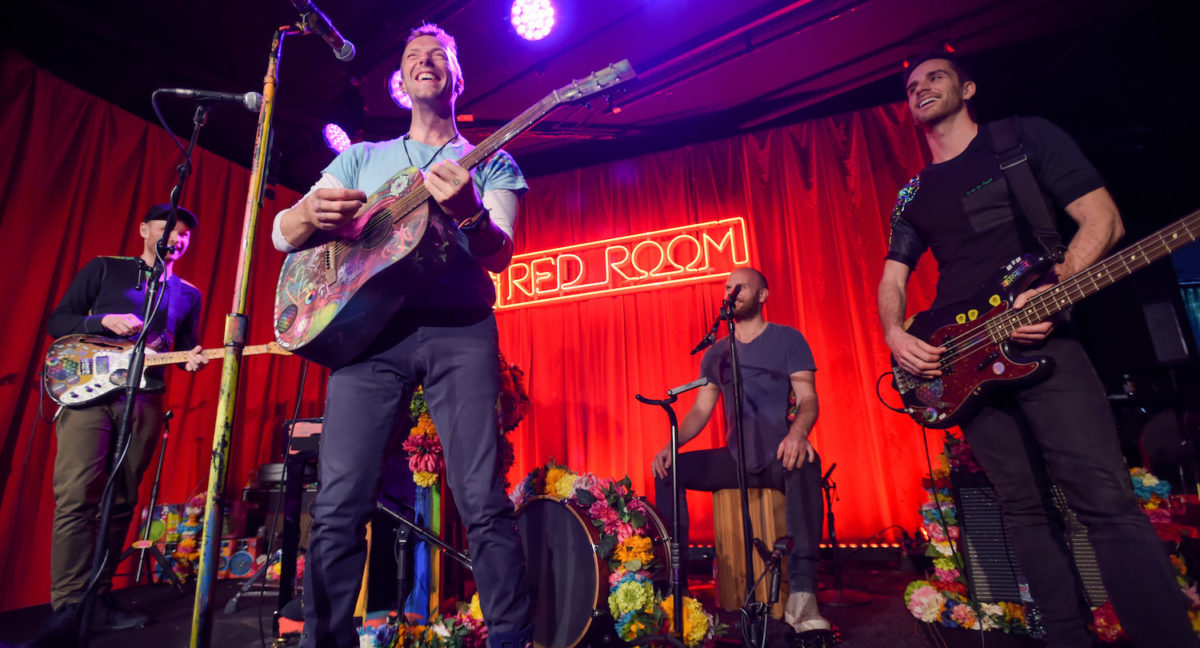 The set opened with one of the band’s most popular songs, “Yellow”

Nova Entertainment yesterday held one of its most memorable Red Room events when Coldplay, one of the world’s biggest bands, played in Nova’s Red Room with a performance broadcast live to Australian fans exclusively on the Nova Network.

The set inside Sydney The X Studio opened with one of the band’s most popular songs, “Yellow” and finished with the very appropriate “Christmas Lights”.

Over the past few weeks, the Nova Network gave Australian fans around the country the opportunity to win a spot at the exclusive event to see the band perform for the money-can’t-buy Nova’s Red Room experience. ­­

Also at the gig was national Nova evening host Smallzy and his producer Zach La Cava who had just stepped off a plane back from San Francisco where they visited Lucas Film to preview the new Star Wars movie Rogue One.