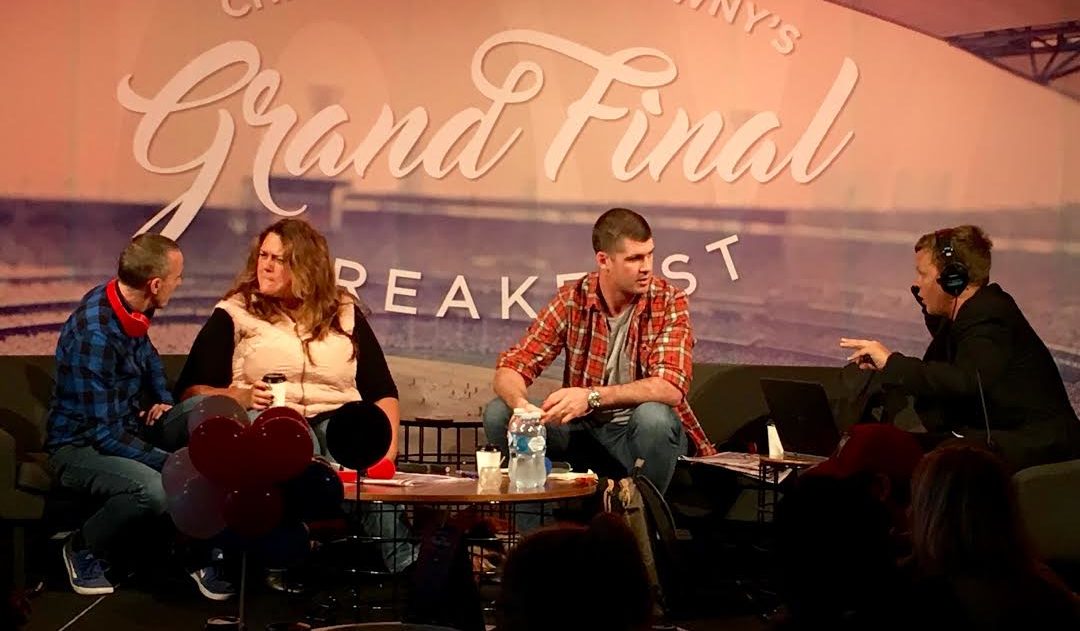 Nova 100’s Melbourne breakfast show Chrissie, Sam & Browny has had Footy Finals Fever this week and this morning hosted a Grand Final Breakfast at the Glasshouse in Melbourne’s Olympic Park from 6am. The show celebrated all things football with an in-depth look at the Western Bulldogs and Sydney Swans and their chances of winning the Grand Final, a discussion on what to expect on AFL’s biggest day plus the conclusion to the four-part documentary “Sam Pang Not Even Close” (which puts Sam’s football legacy under the microscope).

Listeners have only been able to win tickets to attend the exclusive event by listening to Nova.