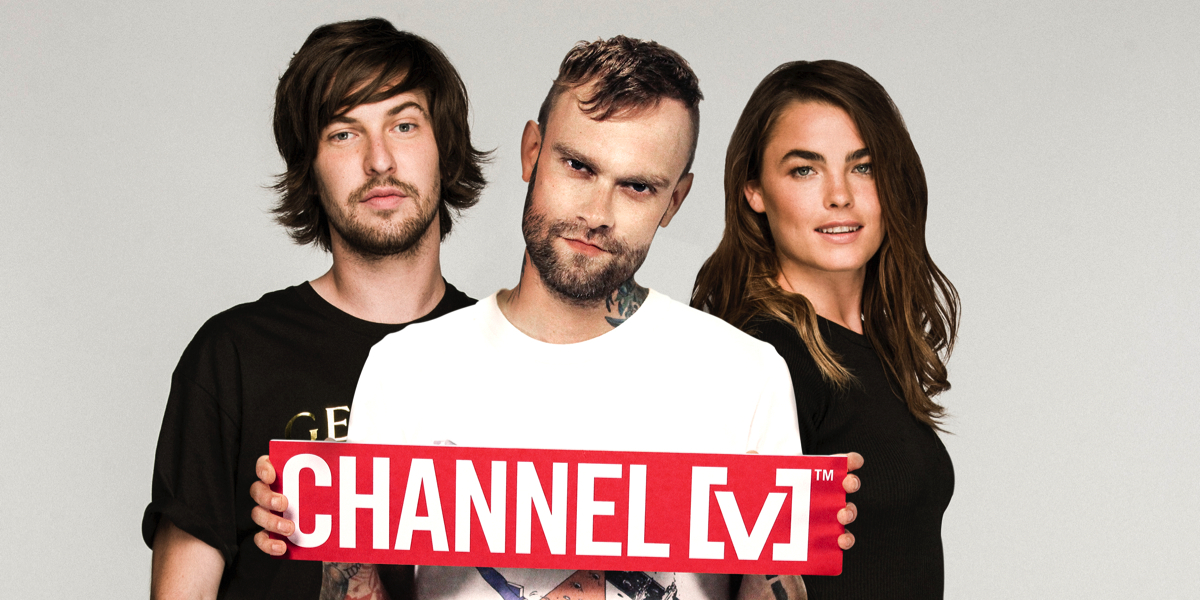 Channel [V]  (801) has announced new programming covering five music genres, one for each night of the week, premiering on April 20 at 9pm.

With a focus on Indie, Pop, Rock, Urban and Dance music, each show will immerse viewers in their favourite music genres weekly. Lovers of Rock and Dance music will have Channel [V] presenters and genre experts at the helm. On Wednesday nights The Revolution will get fans of rock and hardcore loud, sweaty and heavy with The Used’s Bert McCracken. On Friday nights, The Big Mix featuring Messed Up sees DJ Generik on the deck battling it out with the best DJs in town – all ad free with nothing to interrupt the party.

Channel [V] kicks off the week with the best in INDIE on Monday nights. Tuesday is the biggest chart hits with Popped. On Wednesday we bring you one of our newest hosts Bert McCracken with his rock show The Revolution, then Thursday it’s the best urban from around the globe with The Connect. Get the weekend started with The Big Mix on Friday nights which will include Generik’s brand new Electronic Dance Music (EDM) show Messed Up from 9pm with no ad-breaks.

Rebecca Batties, Foxtel General Manager for Music and Head of Digital said, “Our audience love all kinds of music and now Channel [V] is bringing dedicated shows to curate some of the best music from around the world from the Indie, Pop, Rock, Urban and Dance scenes. As the newest additions to our Channel [V] presenter line up, Bert and Generik will give our audiences a new level of access and insider knowledge into the worlds they know best.”

INDIE
Mondays from April 20 at 9pm
Indie music aficionados won’t want to leave the house on Monday nights as Channel [V] delivers a curated mix of the latest and most innovative indie music currently circling the sphere, topped with a smattering of the classic tunes that helped shape the sounds of now. Covering jangly, guitar-driven gems, tunes anchored by drum machines, glassy vocals, junk-shop synths – plus all the other crunchy left-of-centre sounds birthed in garages and bedrooms around the world – we’ve got it all, right here on Channel [V].

POPPED
Tuesdays from April 21 at 9pm
Some songs have the power to convert the haters and get all up in your grill faster than you can say “WTF is this song?” Get ready for a total pop fixation every Tuesday night as Channel [V] brings you the biggest tracks from the hottest stars across the planet in our brand new show POPPED. If it’s hitting the charts, it’s right here. And yes, we expect you to know all the words.

THE REVOLUTION with BERT McCRACKEN
Wednesdays from April 22 at 9pm
Bert McCracken takes the reins as the go-to-dude for rock and hardcore with his brand new one hour show weekly on Channel [V]. Wednesday nights from 9pm its time for The Revolution – a much-needed weekly destination for lovers of music who like it heavy and sweaty. Bert, who the world knows and loves as front man for The Used, will be putting aside the latest chart hits and diving head first into the mosh to celebrate rock in all its forms. With new and classic music videos, Bert will be catching up with special guests and, well, doing whatever the heck he wants because it’s his show.

THE CONNECT
Thursdays from April 23 at 9pm
Prepare to get your stank faces on cause Thursday nights on Channel [V] are all about that good, good – nothing but an hour of hip hop, RnB, rap, soul and everything else that flavours urban music the world over. This is The Connect, your hook up to not only the freshest and newest, but a place that pays homage to all the jams and artists that make the genre what it is today. From new collaborations, to the dopest beats, slow jams and party anthems to hot new bangers, The Connect will set you up for an hour which is so on point, you’ll be wishing every day was Thursday.

THE BIG MIX featuring MESSED UP WITH GENERIK
Fridays from April 24 at 7pm
Friday nights will never be the same again with The Big Mix on Channel [V]. From 7pm we drop the best party tracks to kick the night off and then from 9pm Generik, Channel [V]’s new EDM and dance expert, turns up to bring the world’s fastest growing music genre to your screen. Generik will be on deck with the best dance tracks ad-free, battling it out with guest DJs and mixing it up with the backstage party antics that have made him famous around the global club circuit.

Channel [V] delivers music and all things addictive. Channel [V] gets you close to the artists you love with exclusive interviews, music news, unparalleled festival coverage and AAA access. Channel [V] also serves up live shows that take you anywhere, anytime plus a whole bunch of new music lifestyle shows covering everything from travel to fashion. Life is to be lived – and we’re ready to go. Channel [V] – live free.